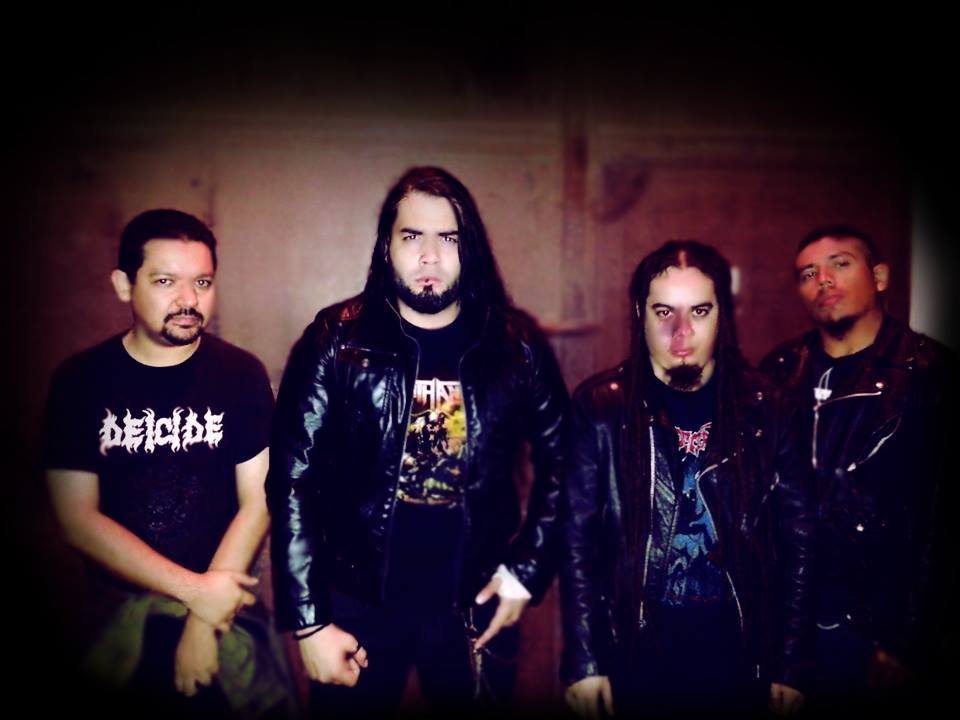 Death metal from Mexico: today we are going to talk with Demonic Manifestation, a band at its debut which we'll try to know better.

Welcome on Aristocrazia and thanks for having a chat with us…

Victor Mercado: Thank you, it's our pleasure.

Let's start talking about you: who are Demonic Manifestation? How was the band born and what is the path which led you to love the music you play?

Demonic Manifestation is a Mexican death metal band in the pure style of old school Swedish metal, native from Colima city and born after multiple side projects throughout the years. The taste for extreme and more sincere music and the love of Swedish scene started the blaze that rose Demonic Manifestation band, we simply love this genre.

"World Of Horror" is your debut album, it's evident that you love for early Nineties Death metal; what are your main sources of inspiration, both about music and anything else (lyrics and imagery)?

We consider that the early Nineties scene is the more consolidated, the same that gave birth to the best bands in metal. Musically our fascination for great groups such as Crematory, Dismember, Grave, Entombed, Unleashed, Pestilence, etc. has been part of our inspiration, it is clear that we capture in our songs the same theme surrounding the death metal scene of that time and we make up it on our disgusting and decadent current times making a perfect fusion that falls in the grotesque, between perversion and death.

I would describe your work as and album from passionates to passionates; which were the thoughts you had in your mind while you were composing it? Is it hard to make an album which can be loved for what it actually is today?

The love and passion for the old school sound are the lifeline when composing, for the realization of this album the main thought was to do material than joins our musical tastes in the most sincere way. It's currently difficult to find an album in which you can feel that "spark", that "chill" (you know what I mean?), the coupling between the passages of his music, ups and downs. Today it seems that the faster a tune is played the best it is, that doesn't fit with our ideals.

What is the best recipe to make a good album? About the ones released in the last fifteen years, which are the ones that you would consider "recent masterpieces"?

There are no recipes for a masterpiece in my opinion. I think success is to translate the feeling, more than fit certain group of people and their musical preferences. Great recent masterpieces: Horrendous' "Ecidysis", Corpessesed's "Abysmal Thresholds", Morbus Chron's "Sleepers In The Rift", Tribulation's "The Horror".

Today a lot of bands choose the way of self-production, some of the more famous ones also try to get crowdfunded for their projects: did labels became less necessary and more unreliable? How did you get in contact with Dan's Crypt Records? Will it be your partner in the next future too?

Self productions are good but require more outlays, loss of time and little interest from consumers and developers, I think now — at least in our country — having a record label expands your musical universe and opportunities. We contacted Dan via internet through Miguel Angel in Mat Studios, he is the owner of a recording studio with whom we have worked previously as well as in "World Of Horror". We have signed with Dan for one more disc, so at least you will be able to continue listening a little more Demonic Manifestation.

What do you think about the modern music scene? People often talk about recycling ideas, lack of passion, bands that jump into the scene without having the skills to do it and other ones that actually buy their place, and finally a poor attitude about puchasing the physical albums; is the situation so bad? Looking at the so called "surveys", albums and especially vinyls sales are increasing… Is it just another trend?

I think death metal is here to stay and although I share the idea that there's a lack of passion and support from fans, the metal-fashion is driving the movement indirectly to success, in the end the most faithful will follow up when those who came out of curiosity quit. The musical abilities of the new generations have no deficiencies found, on the contrary I think the talent and technique are outstanding… Unfortunately they sacrifice the feeling of a delightful riffing by displays of ultra speed and overloaded boring melodies.

Getting more into specifics, how is the Mexican scene? How do you live it?

Sadly wasted, promoters of medium and huge festivals invest in booking to foreign bands and promote national bands that are part of their friends only, they want you to play for free even when you have to travel more than ten hours to the concert hall. The bands of the center of the country are the most privileged, they don't have to pay fees because most of the events are held in their city, province bands are occurring with more difficulties and live more in underground. Bands are envying each other and most of the time the group musical skills are very low (in these cases passion is beyond talent), in Mexico there are high level bands but poorly managed and with a lack of support.

Which are the bands from your country that represent the concept of "death" and extreme? Of which ones you would recommend us to buy one of their albums?

How is your relationship with social networks? How much they influence the success of a band? Is the number of contacts moe important of the quality of the music?

Our relationship with social networks is friendly, a necessary step to be promoted and get more known, practically without social networking instruments it would be null for an underground band to be heard internationally; sadly, "likes" are necessarily required to go further, a million followers doesn't make a band, they are only an instrument that leads to the end of purpose.

Back to "World Of Horror", how was it received? Did you receive any comments on it?

It has been well received, the list of worldwide reviews and interviews is growing and we hope to continue giving something to talk about.

Have you already played it live?

Yes we have, we also played the full album tracklist.

Do you have any scheduled date, especially here in Europe?

No, we don't have a scheduled date in Europe, but we are trying to be booked there. We are open to any possibility, it would be a pleasure for us to share our show in those lands.

An album, a book and a movie that you would never give up on?

An album I will never give up on is "Like An Ever Flowing Stream" of Dismember, the book will be "Notes Of A Dirty Old Man" of Bukowski and the movie "A Clockwork Orange" of Kubrick, I've seen it more than fifteen times.

Thank you again for you availability, we wish you all the best. You can leave one last message for our readers.

Thank you for your questions, it's an honor for us. Anyone who has taken the time to read us, take the opportunity to listen and get a copy of our material that will be able to get into Europe through Dan's Crypt Records; you can follow our band on Facebook where you can find streaming music, videos, pictures and other things of interest, we hope soon to visit your land to terrorize with our buzzsaw raw metal. Stay true, stay metal! 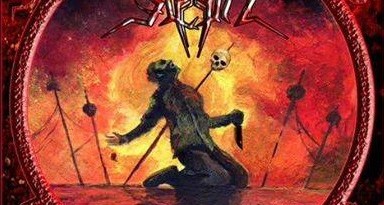