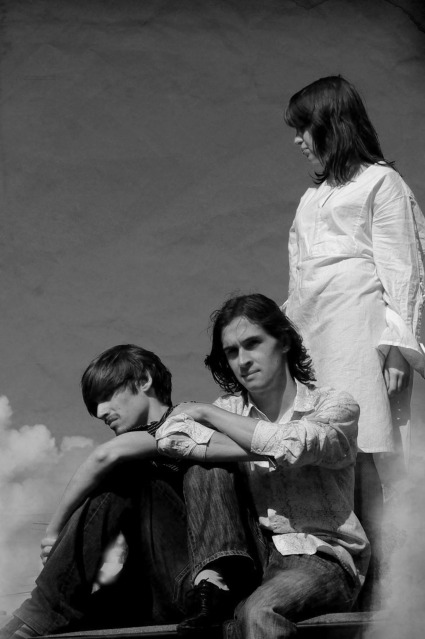 Epitimia is a Russian band that has recently joined the roster of Hypnotic Dirge. The trio is ready to release the third album "Faces Of Insanity", let's see what they have to tell us about themselves.

Welcome to Aristocrazia Webzine, the hot summer has arrived, what's the situation in your place?

The summer has arrived after long raining, so the weather is great now.

Let's start by talking about your story, how was Epitimia born, what is the meaning of the moniker, and who are the members of the line-up?

The story of our band started in early 2008. In fact we used to play music earlier in various projects, but we never worked with melancholic black metal before. We tried to get interesting and atmospheric sounds at our home studio and the first four songs were born there. It was our first demo "You, Whose Name Dies On Quivering Lips". These songs were published in the internet where they received some good comments. So we began to look for releasing label. Soon we found Mexican label Self-Mutilation Services, which was ready to release our stuff as a demo tape. Releasing the demo was a good start, so we decided to go on with this project. "Epitimia" is a Christian term, but we use it in another meaning. For us it is the way to penance in general through catharsis and mental pain. As a name of a band, "Epitimia" is not connected with the church, but with deep internal feelings. The band was created by two people: A. (guitars, keys and programming) and K. (lyrics and vocals). But now there are three members in Epitimia. M. joined the band as a drummer when we were recording our second full-length "Four Truths Of The Noble Ones". She also performs back vocals.

Four years have passed since you formed the band, right? You’ve arrived to the third album, this means that the second one (the most complex to deal with) is behind your back; your next album is considered as a proof of maturity. What are the cards in the hand of Epitimia, what are the ingredients that will create "Faces Of Insanity"?

The new our work has a sound that we really like. We also have a good conception now and we will try to develop it in the future. The style of this album is different from the other works and it is also a new phase in Epitimia’s history.

Having listened to your earlier works "To The Non-Existing Shades…" and "Four Truths Of The Noble Ones", where the atmosphere often shove towards a certain "depressive style", and having been able to have a full preview of "Faces Of Insanity", I noticed a less occlusive, less frightening and more melancholic approach. Has this decisive turn towards post-rock been the key to the emotional change your music has been subject to?

We can’t say that Epitimia has changed its style dramatically. We had some experiments with other musical structures even in the second album. Our new work is just another result of this experiments and it differs from the others in much more post-rock tunes. We play music that is close to us and we try to keep our self-expression unbounded.

How do you compose your music? Is there a method that you’ve used during the years? Do you use jam sessions?

As we said earlier, we compose most of our music at home. But at first we go to a studio where M. records drums. She has to improvise, because we have no idea about what we get in the end, we only discuss tempo and drumming style. Then we go to our home studio, where the rest of music is composed. Only there it gets its structure and main conception.

What about the lyrics? What are your references? Where do you draw inspiration to develop it?

K. writes lyrics after the music has done. He listens to the mix and catches the atmosphere of it. The music creates images in his mind which he tries to reflect on paper. These texts often include his own emotions. The lyrical hero of our songs remains the same in every our work. Epitimia’s songs are the reflection of his world view. In many of our songs we make references to mythology and literature, which also gives us a lot of inspiration.

How do you like the music scene in your country? Russia is a vast territory, full of very good bands, are you in contact with any of them? Is there some sort of circle of formations with which you habitually play with, or simply keep in contact with? Is there a real scene?

In Russia there are many interesting bands in different music styles. But talking about post-black metal there are few bands that are really original and creative in our opinion. We can choose only several bands. The last Stielas Storhett’s album is very enjoyable and innovative. Also we are waiting for second full-length from atmospheric black metal project Windbruch. Epitimia keeps in touch with some of the Russian musicians. For example, we still have a good relations with Russian black metal band Gmork after working together at split-album "Solar Wind / Four Seasons". In addition, we want to say that Russia always been filled with great bands and musicians, but now we don’t have a really strong musical scene.

What do you think about the music scene today? What are the pros and cons of this age? Are there elements that you just don’t like?

We think that today there is a good time for developing music in general, to combine styles in something new. Today the music listeners are ready to get something innovative, they wait for originality in music, so it is a good basis for progress. So many interesting bands and projects are being created. But there are many bands that use the same ideas and conceptions as hundreds others. Many of them just want to be trendy. We don’t think that is the good way of making music.

Art has always been mirror of its time: in every phase of human history, music, literature, or any form of thought assuming an artistic shape has been able to capture the meaning of the situation, often conveying complex concepts. In the current European situation, so complex and decadent by both a social and an economic point of view, the secret weapon should be culture itself, don't you think? Don’t you think that the spreading of digital music and the proliferation of TV programs that reward "pseudo talents" are not helping at all? Are there the so-called talent shows in Russia?

Of course, when the social situation in the world is difficult it gives a big inspiration to the culture development. In Russia we often have "difficult times", especially in the last 20 years, so the musical culture blossomed with many interesting bands and even movements. There always were "pop culture", "alternative culture" and high art. In our opinion the popular culture that is spread through the mass media has no spirituality, so it can’t be called "culture" in a full meaning of this word. That "talent shows" that you have mentioned is the quintessence of show business – the way of making money on "pseudo art". In Russia we have a couple of talent shows, but it is ignored by us, just as many forms of show business.

Let's get back to "Faces Of Insanity"; what words would you use to describe it?

To describe the album we can use these adjectives: atmospheric, mentally insane, eclectic, autumnal, abstract, decadent, anti-social, suicidal.

The strange essentiality of the cover intrigues me; who has created it and how do you read it?

The cover art was made by Russian designer with a nickname Jonatan Strange. He did a good job to describe album conception in a cover picture. On this picture you can see the face of our main lyrical hero that is distorted with insanity. This is how he has been seen by the society, which tries to stigmatize him as an insane person. It’s all because he is different from other people and doesn’t want to be changed. He has his own morality and his own understanding about what is normal. But the society anyway tries to condemn him, despite its own misconceptions about normality.

Are you a project that lives only in studio or do you also have a live dimension? If you do, what is the "on stage" experience that you remember with most pleasure?

Epitimia has never played live yet, but time shall tell if our "only studio" status will change.

What are your short-term programs after the release of the album?

We are working at our fourth album. Now we have music for about 15 songs. The album will be divided into two parts. The first part will be heavy and atmospheric metal and the second will be light and experimental music with progressive and post-rock elements. After releasing "Faces Of Insanity" we will start recording vocals and some additional instruments. Also we are in search for new musicians to join the band.

Who are Epitimia outside the band? Work, passions, everyday life?

Frankly, it is not important, who we are – the main thing is a music that we make.

It's time to say goodbye. Wishing you the best luck, I leave you the word for the last time to end our conversation as you see fit.

Thank you for the interesting interview. We are glad that our music interests people, and we hope that our new album will not disappoint the listeners. 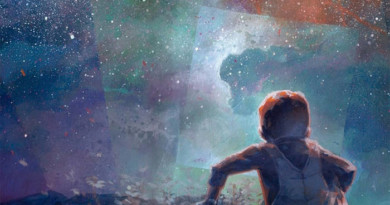 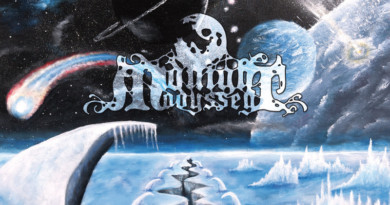 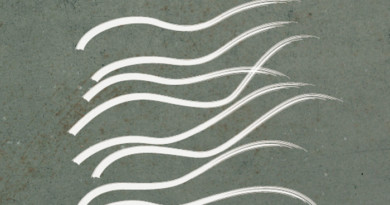