I am proud and highly honoured to welcome our guest Garry, guitarist of the legendary UK band Jaguar.

First of all I am curious to know which the influences of the band were at the beginning of its career.

Garry: Our initial influences were all the bands we loved at the time, Sabbath, Priest, Budgie, Maiden and so on. I loved UFO but I was also heavily into The Ramones, The Sex Pistols and punk, an odd mix I suppose but all influences nonetheless. Maybe that is why I like to play fast [laughs]!

In 1981, when your first single was published, I was only nine years old. So, I have no idea how difficult or easy was for bands to realize the dream of an own record. Tell us youngsters, please, how life for bands like yours was at that time.

As we were so young we didn't really know what we were doing, it was all just a bit of a laugh, writing songs, playing gigs for our mates. Paul Birch from Heavy Metal Records was looking for bands for his "Heavy Metal Heroes" album he was going to put out so we did "Stormchild" for that and I remember how great it felt when we opened the box and took the albums out to see our first piece of vinyl, I was so proud, we started to take things more seriously after that. Paul then asked us if we would be interested in putting a single out so we chose "Back Street Woman" / "Chasing The Dragon" as the songs to record. It did very well and started the ball rolling for us, particularly in Europe. That seems like a different world now with the scene as it is today.

Did the so called NWOBHM bands have contact one to the other at that time? Can we talk about a "global" scene existing then?

There was certainly a scene emerging in England at that time, but as regards bands having contact it would have been generally if we were playing gigs together I guess. We were friendly with Raven but that was because we had the same record company and played shows together in Holland, beyond that though we didn't really have any contact with other bands.

By the way… how was the musical scene in Bristol back then?

There was no real scene back then just as it is now, lots of cover and tribute bands, very few metal bands. It's not a 'rock' city, it's more into trip hop and dance.

This is a question you probably had to answer often… you split-up in 1985, to reform later in 1998. Tell us something about the whys and the backgrounds for those decisions.

We split up because we just got fed up with the whole situation, and the band simply just fell apart. We had problems with Roadrunner, our record label at that time, which did'nt help either. I think the main reason though was that we had just lost interest in playing metal, we had no money either and we could'nt carry on like that so we went our separate ways. I now feel that on the whole though we made some pretty bad decisions first time round so I guess it was really our own fault that things turned out badly. We got back together in 1998 because Neat Records had recently re-released "Power Games" on CD and were happy with the way things were going, so Jess Cox the owner of Neat, rang me up out of the blue one day and asked if we would consider making a new album. I thought about it for a while, contacted Jeff Cox, and after more lengthy talking we decided we would give it another go. Paul Merrell didn't want to be involved and we hadn’t seen Chris Lovell since '84 so we set about recruiting a new singer and drummer, eventually we found Jamie and Nathan. Then of course we had to write a new album in a very short amount of time, which ended up as "Wake Me", released by Neat in 2000. I don't know if Jaguar would have got back together again if Jess Cox hadn't called me as I had not even thought about it before and as far as I know nobody else had either.

As you know, this interview will be part of an article about the music of the NWOBHM era. I suppose that the term wasn't really used by the groups when talking about their music. Was the NWOBHM phenomenon felt by the musicians? If so, how was it felt?

NWOBHM was a phrase dreamt up by a journalist called Geoff Barton who was working at the music newspaper Sounds at the time. I guess it was a handy description of the emerging scene and of course we were considered to be part of it. Looking back on it I think it was a good thing for us and definitely helped us a bit and to be associated with such great bands was fantastic, yeah it felt good.

Let's take a look at the present. Do you think it is still possible to create something that gives a "kick" to music as an art? Led Zeppelin contributed to give birth to metal; MC5 and Iggy Pop were a strong influence to punk for example, but today?

Hmm, that's a difficult question. I'm not sure about coming up with something totally new and unique any more but someone will always come along and put a new twist on something that already exists, something that sounds interesting and may even kick start a small sub genre, rather like Linkin Park did with so called Nu-Metal.

Is Jaguar just a hobby and a passion for you or you can even live of it?

Yes Jaguar is my passion, I can't live off it I'm afraid, I would love to be able to but I have a family to support!

Do you will play gigs on the Continent during the next months?

Yes, so far we have shows lined up in Holland, Germany, Belgium and Spain for this year.

In the middle of the 80's it was usual to trade tapes (yes, Internet did not exist at that time…). How did fans spread music through the UK and the world in the beginning of the 80's?

As you have just said tape trading was the main way back then. Some people managed to get hold of the vinyl releases but they were often only pressed in small runs and difficult to obtain so tapes really were the only way to spread the word.

How many people went to your gigs in the 80's? Was the enthusiasm of the public bigger then? How did the venues usually look like? I think at that time the rock/metal offer on Saturday nights wasn't so huge as today.

Generally speaking we play to more people now than we did back in the 80's. It was difficult to build up a following back then in England, we had groups of fans in certain parts of the country where the shows were great but a lot of places just did not want to know. Shows were much much better for us when we played in Holland which is why we loved going there so much. The Dutch audiences were incredible, massively enthusiastic, singing along and having a wild time!! You are right though, there is a lot more choice of shows to go to today.

Can you remember which were your dreams as a guitarist in a band and those of your fellows?

As all young guitarists want to do, rule the world, ha ha! The reality has turned out somewhat different for me, I'm not complaining though.

Let's talk a little bit about labels… your first single was released by Heavy Metal Records, later you were supported by NEAT Records. First, which was the difference between the two labels; second, what do you think were the skills that made NEAT so big?

At that time, and which didn't really change, Neat were much bigger than Heavy Metal Records and were seen as the number one NWOBHM label and with Raven and Venom already there bands were queuing up to get on the label, so to be asked to join by the then owner Dave Wood was fantastic, we jumped at the chance. I'm not sure why Neat were sucessful, luck, a lot of great bands from the area where the label and studio were based, the North East of England maybe. The early success with Venom and Raven obviously helped establish the label and started their reputation I guess.

In which direction is running Jaguar? Which are your projects for the future?

We are doing what we always do, playing as fast and as loud as possible [laughs]! Our main project at the moment is our new album. After our show at The Very Eavy' Festival in Holland in April we will be demoing up the new songs to see how they sound. We need to get the album out this year, that is our priority. Other than that we are continuing to gig and have shows this year lined up in Holland, Germany, Belgium and Spain. 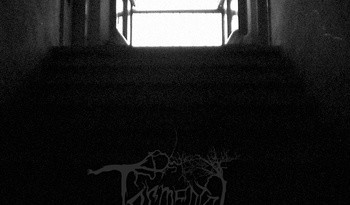