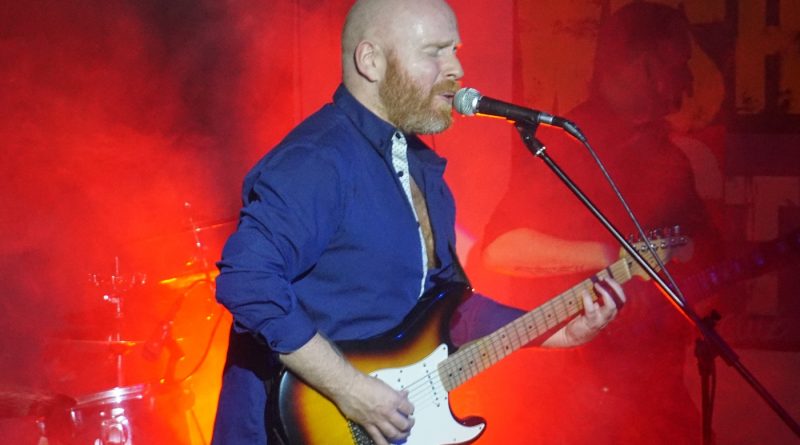 Mick Moss, Antimatter’s mastermind, has always been one of the most appreciated artists here at Aristocrazia. On the occasion of his latest Roman show at Wishlist Club, thanks to the great support by Dark Veil Productions, we have finally managed to exchange a few words with him about Black Market Enlightenment (2018, Music In Stone) and much more.

Let’s talk about your latest album, Black Market Enlightenment, this was your first record to come out as an independent release after quite a long relationship with Prophecy Productions. What was the reason behind this, and what was it like to going back to self-releasing your records?

I’ve been watching bands release EPs, self-funded albums on Facebook and Bandcamp. I saw this and was kind of envious of that kind of approach, getting stuck on a campaign and selling your music yourself. At the same time, I started my own label ten years ago just to release Live @ An Club, a live album here and there. The latest live DVD came out in 2017 and it actually did really well, I enjoyed the feeling of being in control of the sales. I wanted to try it for a full album, and it was quite a scary idea, because it’s such a big investment, and the potential lack of promotion that would come without being on a record label. Of course, Prophecy wanted to re-sign me, but I told them it was nothing about them. It was all about something that I felt like I needed to do. So it’s been very tiring, but it was worth it, I’m glad I did it.

Out of curiosity, being this your seventh album, I’ve read somewhere that seven is an important number for you, and this might have played a role in your decision. Why is that?

I don’t know, it just seemed to always be significant, there is no real reason for it. I always felt it, even when I was a kid, that there was something in the number seven, and that’s before I knew it was a lucky number. It’s a significant number in religions as well, but I didn’t know any of this, just as a kid I instinctively saw something in that number. I think when I was very young I won a competition on the number seven, there was like a radio competition, and that always stuck with me.

In another one of your interviews you said that people are kind of separated from what’s outside of the concrete walls, such as our cities, it’s as if we’re always kind of separated from nature. This is quite a hot topic lately, our relationship with nature and what we’re doing to it, considering for example many of the environmentalist movements which are growing, such as Extinction Rebellion in the UK. What’s your opinion on that?

Well, I’m not politically wired that way, I don’t take a political stance only to say that it’s obviously wrong, the course we have taken as the human race. I’ve read a book recently called Sapiens, which discusses us as a creature, as a specific species, and what we’ve done to the planet: everywhere we’ve gone, species have gone extinct in major numbers. Everywhere we move, and it’s not just coincidence, you know, they have traced back man’s movements around the globe and every time we hit a new area a high percentage of species just fucking died out. So, you know, I’m not political about it, but obviously I’m aware, I know it’s wrong. There is something totally psychopathic about the human race, we’re strange things.

This also leads to my following question. I felt your previous two albums as being more “socially conscious” in a sense, while this one is probably more personal. Do you share this impression? What would you say is the difference between these two aspects of your creation?

The Judas Table was about specific people’s treatment of me. A small minority of the people that I have formed relationships with, tended to be quite high on the psychopathy scale. This is just natural you know, as there’s something like 2-3% [of the population], so this is just normal. I was never aware of that, and these people do a lot of damage. I am quite a mild, meek person, I’m not aggressive, I’ve had a lot of damage done to me. It took me many years just to figure out what was going on. That’s what The Judas Table is about. Fear Of A Unique Identity is about how we follow the masses regardless of whether they are on a benign or malignant trail, so even for example during the Second World War there were priests who were quite happy just to hand over the names of Jewish children, knowing quite well what was going to happen, and these are priests. People were quite happy to let it happen, it’s a strange things, it’s harder to stand alone, even if what you’re standing for is right.

Some time ago, I remember reading on your Facebook timeline that you weren’t really able to find new music that was compelling to you, so you were looking for suggestions and comments from fans and friends. In the meantime, have you found anything that captured your attention?

It’s just strange even for me, I don’t know whether I’m just old , because I remember my mom and dad saying “what the shit are you listening to?”, and I was like “how can they think this is shit? this is brilliant!”. I think I’m just at that age when I think my brain kind of soaked up as to what it accepts as music, and then if something falls out of that field, it immediately rejects it. I also went on a campaign this year, to try and root through Spotify just to fucking find anything, but modern music just sounds so alien to me. And I find it hilarious when people review my albums and they might mention one of my songs, they’ll say “this is so obviously a ripoff of…” and then insert a band I’ve never fucking heard of. I mean, my influences predominantly come from the synthpop, darkwave, early ’80s that I grew up with, which was really dark and melodic. That’s kind of mixed with the hard and metal sounds that I got into when I was a teenager and also the progressive stuff you know. But I’m certainly not influenced by any modern music. I’m still waiting to be impressed by a modern band, I try, and I try and try, but it all just sounds weird.

Are the songs on this album all new material?

All new, I made a conscious decision that I would not reach into my archive, which currently stands at 25 songs. What I wanted was a completely blank canvas and I wanted to just throw shit at the wall, see what sticks and get completely creative. You know, hopefully this would take myself to places that I hadn’t been, and I think I managed to do that.

Here comes a very stupid question if you may, is there anything, be it performing somewhere, or with someone, or anything you have not done yet that you really want to do?

While some music’s playing in the background. [laughs] I’m not really ambitious, I say that, and I mean that. I am ambitious in certain ways, in that I know I don’t want to give up, and I don’t want to just drop dead. You see, musical work for me gives my brain a sense of direction, so I’m happy just to carry on, working on music, so in that way I am ambitious. But in terms of hitting the heights and reaching the moon, I’m not fucking ambitious, because that’s fucking ridiculous, you can’t think like that anyway because you’re just going to be disappointed. So I don’t think like that. I don’t sit there thinking “I’d really love to work with this person, or play that particular stage”, I’m happy and anything that happens is a bonus. We played Night of the Prog last year and that was, regardless of what I just said, a stage that I kind of wanted to play on. We get some nice festivals, and as long as I can look at the audience and I can see the music is connecting with some people, as long as I’m fit and healthy and I can continue to write music, I’m really a happy person.

One last question. This album also features something by Aleah Stanbridge, and we all know that was a really heavy loss for everyone who’s interested in music in general, and especially this kind of music. Was there any reason why you chose to put this song in the album, after she passed away? Considering you also worked with them a couple of years ago.

When I met her, Aleah was a gorgeous girl, and I mean it in both senses of the word, she was stunning to look at and an absolutely beautiful person as well. We met and talked, she was a fan of Antimatter, she asked me to sing on Trees Of Eternity and I said yes, then she said “I’d love to sing on one of your albums”, so we had an agreement. And then she passed away. She would have been the vocalist on an Antimatter album. Had it not been Black Market Enlightenment, it would have been the next one or the one after that, but she would have been. I wanted to honor that. So I kept in touch with Juha (Swallow The Sun) who was her partner, and I said “if there’s anything you have of Aleah, I feel like I need to get her in on this album”. The song “Existential”, it had to be that song, I just felt it there, so I asked Juha if he had anything of hers that would fit. It took him ages to get back, and at the eleventh hour he sent me back this part, I was like “what the fuck, this is uncanny”. And she had just done that through her microphone. She recorded that part on that day to go on “Existential” in the future, I believe in reason and fate, so that’s the reason she’s on the album, because me and her decided she would be. We made it happen.

That’s amazing, I can’t find any other words. Thank you very much, is there anything else you would like to say to our readers?

Just to anyone who’s given support over the years, you keep it going, you make it possible to move on to the next project, so thank you. 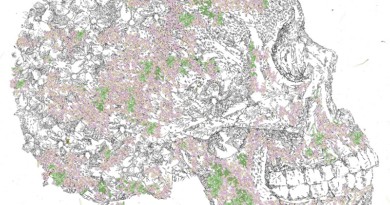 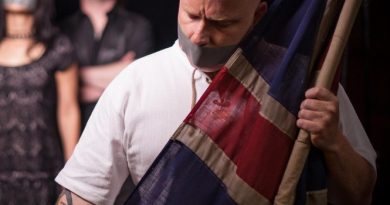