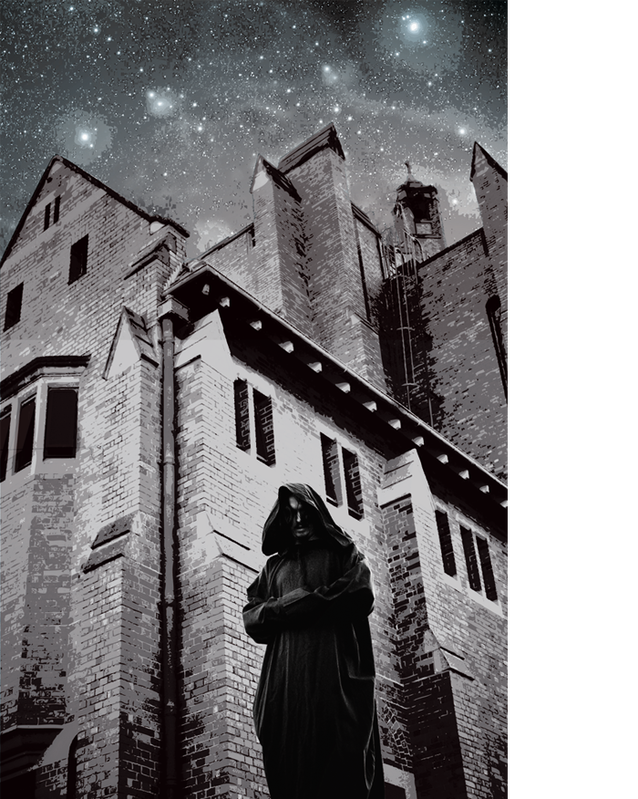 Taking advantage of a saturday night ended quite early, at 1 AM I find myself writing down questions inspired by the listening of the beautiful, gloomy "Funerals From The Astral Sphere", latest mindblowing work (to me, album of the year) by Dis Pater, complete musician coming from Australia. To those of you who might not have listened to his works yet (make it up and give him a chance), and of course to those who already faced his leading-astray works, we hope you find something useful in this talk.

First of my questions is: who is Dis Pater? Moreover, what is the meaning of your nickname and what led you to choose it? Is it Father of Pluto, god of the dead world?

Dis Pater: I chose the name Dis Pater for two reasons. Firstly it represents an ancient Gallic-Roman god, acquainted with Pluto/Hades, as god of wealth and fertility originally, then god of the underworld in general, first described by Julius Caesar in his conquest of Gaul. The second reason why I picked the name is because the very name Dis Pater represents something of a stark resemblance to the ancient Indo-European proto-god of the sky, i.e. sky father, who in Greco-Roman terms is Zeus/Jupiter. This to me is a perfect example of how we as humans, try to reconstruct our past, and how over time, true meanings can be lost, which is actually the very story behind the Midnight Odyssey ethos.

You have two projects of which Midnight Odyssey is the first one: how was it born? [This interview was given before the creation of Tempestuous Fall and the death of both The Crevices Below and Tempestuous Fall itself]

Midnight Odyssey came from many years of writing black metal and ambient/neo-classical music. It was the culmination of about 8 years of writing and recording, and if you like, awaiting the right time when I felt I understood myself and the world a little better. It officially began in 2007, though there are recordings I have with the name of Midnight Odyssey done well before that, but that wasn't a serious "band name" as such back then.

Your works as Midnight Odyssey deal with cosmic energies, reaching the firmament, generally with something much bigger than men. Where do you take the inspiration for such themes from and how did this research begin?

I'm very interested in the mythologies that have been created by all cultures of the world, all of which point to a somewhat appropriateness of placing humans on a scale of lesser significance to other things/beings. After all, we are not the only holders of our fate, there are outside forces that work both against and with us, for example, the existence of our sun is not something a mere mortal has control of. It is of more importance than we are. It is these outside forces, natural forces of the cosmos, which I'm sure many still remain unknown, that the lyrics and music take their form.

"Funerals…" is your first full length, since "Forest Mourners" and "Firmament", despite their lenght, were just demos: what changed from those works? I hear a more complex, complete approach to the genre, besides a more functional production. The sound here is richer, more "aware" I would say, am I wrong?

"Funerals…" is a much more mature attempt, a refinement. I wanted Funerals to be a more complete, and maybe perhaps also a more abstract chapter in Midnight Odyssey's story. The sound is much richer, there are a lot more layers for each song than on the previous releases.

Let's talk about your other project, The Crevices Below. Its debut "Below The Crevices" sounded as the complementary part of the research you are doing with Midnight Odyssey: the latter dealing with the whole cosmo, the former concerning what is under the ground, presenting more "cryptic" sounds and clean vocals. Would you tell us something more about it?

Yes, The Crevices Below is meant to actually be conceptually the exact opposite to Midnight Odyssey. Not musically of course, but lyrically and thematically. As Midnight Odyssey deals with the cosmos and the sky, The Crevices Below exists in a world where you can't see the sky, and may not know its existence. It is the "earth" element if you like, and is meant to be about the subterranean darkness, and the madness that ensues the ruler below (I will let your readers elaborate on the these topics with the reasons I gave for choosing the name Dis Pater).

Metal Archives states that you are also the live vocalist for Wedard, a german black metal band, is this correct? What kind of cooperation is this?

Live vocalist? Definitely not. I live in Australia, he [Sternefrost, Wedard mastermind] is from Bavaria. I did session vocals for two songs on the Eiskrieg II MCD which came out earlier this year I believe. The song "Diminished" is the one floating around the webs with the youtube video.

You are from Australia, a land which, in addition to the "big names" like Disembowelment, Mortal Sin and so on, is lately giving a great contribution to the underground black metal scene with names like Portal, Erebus Enthroned and many others. What is going on down there?

(Haha) I have no idea. Isolation? Seriously, there has always been a small and dedicated scene in Australia, with some great bands that have existed for a long time, only to recently gain attention overseas in the last couple of years. I think the fact that we are so far away means we have to work harder if we want to be recognised. Maybe there is an exotic factor to it as well, I don't know really.

How did you end up with an italian label, I, Voidhanger?

I, Voidhanger contacted me after hearing the demo albums somewhere in the vast emptiness of the internet. It came completely out of nowhere really.

What shall we expect from you in the immediate future?

The immediate future is going to be focusing on another new project of mine, soon to be announced, as well as releasing some unfinished Midnight Odyssey material on one or two split releases. There is no plan for a new Midnight Odyssey album just yet, but maybe we will see a new The Crevices Below album.

Both of your projects are one man band. Should we assume you do not intend to play live gigs and, most of all, have to deal with others in the songwriting process, just focusing on your artistic urge?

Yes absolutely. Neither band will be live, and no other members will be drawn into these projects. It's good to have complete control of your music, not have to go teach it to someone else, and not be held back by the daily lives of other people. Besides, I am quite a spontaneous writer, songs seem to come to me very quickly.

My tipical, banal but (I believe) meaningful question: the five albums you cannot live without.

Five albums are tough. I would list them as: Dead Can Dance – "Spleen And Ideal", Emperor – "In The Nightside Eclipse", Dimmu Borgir – "Stormblast", Type O Negative – "October Rust", Arcana – "Dark Age Of Reason"

Well, here it is, we are done with questions. Thank you very much for your kindness. One last thought for our readers?

First of all thank you for your tremendous support. I hope your readers will go out and listen to the new Midnight Odyssey album with open ears and an open mind, under the stars, somewhere alone… 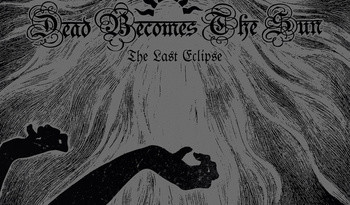 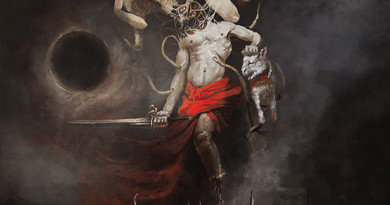 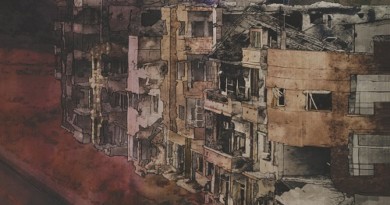