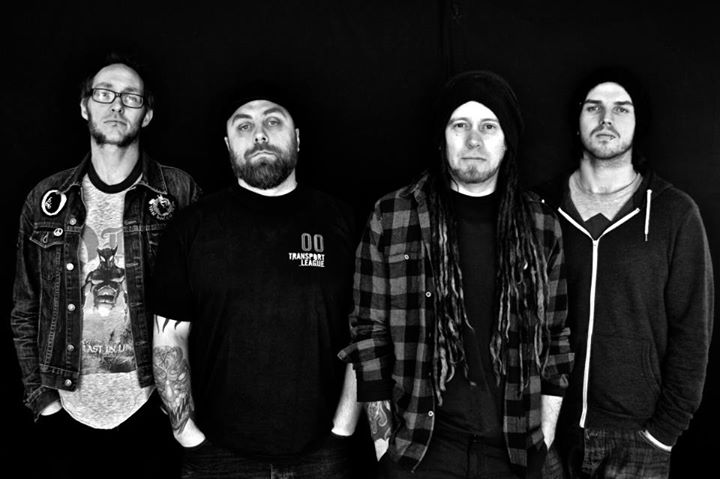 Monolith Cult is one of the latest names to have appeared in the doom metal scene, but although new they have a lot of experience on their backs. If you are wondering why, I'll let them reply.

Welcome to Aristocrazia Webzine, how is life going?

Bry: It's going great, thanks! We have just recruited a second guitarist so live Monolith Cult have just got heavier.

In the introduction I have described you as a solid new entry in the doom metal scene, can you introduce yourselves and tell us something about your previous experiences?

All of you have already worked as musicians for a long time, what pushed you to set up this band and what are the main inspirations behind it, both in musical and conceptual terms?

Lee, Izak and myself had been playing together in a band called The Dead Resurrected but we had a few problems with other members in that band so we disbanded. We knew that the three of us were a good core of a band with potential, so we got in touch with Damo and he was well up for joining ranks with us.

You debuted with the brilliant "Run From The Light", an album I have loved from the start because it follows in the footsteps of some big bands from the past, although it keeps a personal vibe. What was the process behind it? Are there any particular moments from the period you were recording it you reckon interesting to share?

The album came together very quickly, we write as a band very easily it was great to be writing with Lee again as we have a good working relationship when it comes to composing songs. We recorded at Stuck on a Name Studios in Nottingham with a great guy called Ian Boult who did a great job.

This album's sound reminds me of something halfway between Khang and Lazarus Blackstar, is it related to them in some way?

That is correct as Lee and myself were in Khang and Lee and Izak are still in Lazarus Blackstar.

In your works, even when melodies get melancholic, it seems that a tragedy is always about to come, and I feel that the contemporary humans feeding on negativity is partially related to their stupid religious and political convictions. This negative force is showing no sign of weakening, and it seems it is getting stronger instead, especially because of the financial crises that have taken many countries by a storm. Do you think we should expect an era even darker than the one we are in now?

Although I write melancholic melodies and write with a negative slant, I think there is a more hopeful future. The more people learn and understand the truth of scientific discovery this will weaken the religious hold that has existed for millenniums, I definitely think Atheism is on the rise and to me this can only be a good thing. Though Religion will not give up its power easily.

"Run From The Light", what is the light we are running away from? Does it mainly have a religious meaning? What do you think about the many "true faiths" that still are everywhere around the world, are they nothing but drugs for our minds? Is there any actual deliverance in their message or they aim at trapping people in an unescapable web?

All religions are delusional, though aspects of Religion may offer peace and happiness this is at a price. For if you are to become an apostate then the price for non belief is death or an eternity in hell. That price is not worth a second thought, happiness and morality exist not because of religion but in spite of religion. I find it hard to believe that people are still attracted to these myths but indoctrination is a powerful tool.

Let's get back to music, what were your last purchases and what were the last shows you attended?

Grand Magus – "Triumph and Power". Am going to see Sigiriya and Serpent Venom next week.

I believe the doom metal scene is at the moment the most lively, were you expecting such a growth for this genre? Do you think it is just a fad, as it happened for other styles, or given its "underground" nature (when compared to death, thrash and so on) this time it is mainly genuine passion that is feeding it?

I don't think it is a fad, I just think people are starting to take notice again. A lot of the bands that are around have been playing this music for decades and have always played with passion.

Are there any other bands from your country that you want to recommend? How about bands from abroad?

There are many great bands in the UK and Ireland at the moment, Alunah, Serpent Venom, Conan, Slomatics, PigWitch, I could go on. Abroad there are bands such as Argus from the States.

How did you get in touch with Future Noise? Will this partnership go on in the future as well?

We’ve known the guys from Future Noise for over ten years, they are great guys and have been a great help. We are planning on releasing a split 7" in the future on Future Noise.

What about live shows? Have you scheduled any concerts or festivals around Europe?

We are hoping to get over to Europe at some point, we had an excellent time playing the Chaosfest in Birmingham, we have held back on getting gigs whilst we get the new line up sorted.

How was the first time you played tracks from "Run From The Light" live?

It was great, we got a good reaction and positive feedback. Though the first gig for any new band is quite a nervous experience.

The best and the worst shows you have seen as part of the audience?

The best gig for me was Dio on the "Sacred Heart Tour" in Leeds in 1986 the full dragon stage set and Dio's awesome voice! One of the worst gigs was seeing the "Page and Plant" fiasco in the 90's they were shit and we walked out.

Who is BryOutlaw in his everyday life? What are your interests apart from music?

I love reading about nuclear history and the atomic bomb, I also enjoy Carl Sagan, Christopher Hitchens, Richard Dawkins and Sam Harris. I dig walking and scaling the high peaks of the Yorkshire Dales and Lake District.

Have you already started working on some tracks for your next album?

We have ideas on the go and are working on others, now we have a new line up it should enable us to add more melodies and harmonies to the new stuff. We have titles such as "Children Of The Dead Church", "Lies Become Truth" and "Break And Subdue". Things are coming on nicely.

Usually I don't ask this question, but what do you think about Italy? What do you like (and don't) about it, and especially what bands from here you appreciate?

Unfortunately I've never been to Italy but it looks a beautiful place, as for bands Ufomammut are pretty awesome also Slowtorch.

That's all for now, it is time for me to say goodbye to you, you can close the interview by sending a message to our readers. 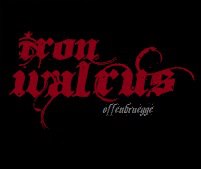 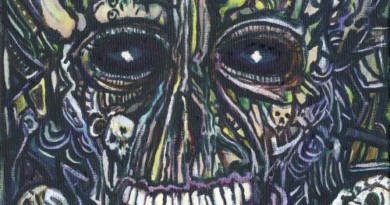 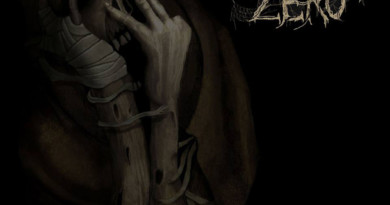