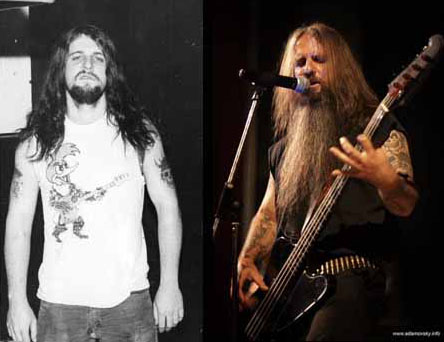 Hi Paul, welcome on Aristocrazia Webzine. May you tell our readers what pushed you to start playing music? Can you tell us the history of your band, since Deathstrike till now?

I wanted to fit in that area, in some way. I was a loner growing up and really didn't have many friends and when I discovered music this all changed. I began as a singer in a cover band and took up the bass a year later. Life certainly improved after discovering I could play bass. It took several years to Master the bass so to speak, but the learning process never stops. People can read about the history of the bands I played in from our website. Sorry my friend but the history takes forever to write and after 1000 of times it's better to go to the website.

What influenced you most in your musical formation?

Bands like Motorhead, GBH, Discharge and the world around us.

Master, why did you choose this monicker?

The name came from a Black Sabbath song called "Lord Of This World", and was actually picked by Rick Martinez, a replacement for me in the original band.

What can you tell us on the band you played in (Krabathor, Martyr, Speckmann Project etc…)?

Krabathor: I met them on a tour in 1999 in Europe and we became fast friends, and after the bassist quit the band I was given an opportunity to join the band. Krabathor had been on the verge of a breakup for some time, and after guitarist Christopher, drummer Skull and I recorded a CD called "Martyr" together the split was imminent. The Speckmann Project was nothing more than a project. This album was intended to be the first release for Nuclear Blast as Master, but they decided to use the second recordings instead of the third recordings of Master for the debut in 1989.

Which is your favorite Master's record and which album describes at best Master's attitude?

Every album had its highs and lows. It’s difficult too say which one is my favorite, as all the records have had a time and place in my evolution as well as in my heart. Some have better productions, and some had bigger budgets, but they all were important at time we recorded them. Master's attitude has always been straight to the point. You are the Master of your own destiny and it's up to you to pick the right road to follow, or lead the followers on the right path, depending on your choice.

Which are the aims you have with Master?

I like to believe that creating great and true music has always been the aim of my band Master.

You often came to play in Italy. What's your idea on Italy?

We have had many great successful concerts in Italy and I truly appreciate the support of the fans and promoters in Italy.

You are in the metal scene since three decades. Do you think the scene got an evolution or an involution? What can you tell us about the "golden ages".

There is nothing really happening anymore on the scene. Bands are playing rehashed riffs and really creating nothing that hasn't been done already. Back in the day when I was growing up, people were trying new things and picking new challenges. The so-called golden ages were cool as many new bands were popping up on the scene and creating variations of the original themes and riffs, but today this is a thing of the past.

From tape trading to file sharing. What do you think about it?

Tape-trading is what got the music to the many Master-clones across the planet but it also spread the band in the underground in the early days, but this file sharing is not the same at all, it's too quick. You had to take the time to copy a cassette and then send it by post which often took some time and effort back in the day, now it takes seconds to share music and copy again and again and the artists like myself suffer from this.

How was living in Chicago in the '80s as a metalhead?

The bands were competitors, but also friends at the time. There was a comradeship amongst the bands like Trouble, Thrust, Zoetrope, Znowhite and my first real band Warcry. We hung out and supported each other by going to the concerts of one another. Thos were the great old days my friend. Which are the main differences you see between Czech Republic and United States? Freedom what else? Freedom in America is a thing of the past and it's gonna be a problem in the next few years throughout the universe. Big brother is taking over. The governments of the world are getting stronger every year and removing more freedom from the citizens of the world. We are becoming Human Machines working for the governments so they can become stronger and rule the world.

Can you tell us something about the memories you have of your teenage years?

Woman, drugs, much alcohol and many parties were happening for me as a teenager, but those days are gone.

What can you tell us about Chuck Schuldiner and all the other artists you met in your career?

Interesting characters. It would take ages to describe the hundreds of idiots I have met in this business. I have a book coming out in the fall called "Speckmann, Surviving The Underground" which explores this and many other subjects about my life as a musician.

Master are of total cult! Do you appreciate what people think of Master or do you think you may have even more respect than that?

Strange question, I have never thought about it. I am Paul Speckmann, just a man that believes in creating quality music for myself and if people like it, more power to them; if not, they can kiss my ass.

All is fine, I am certainly no angel, I have faults like all people. I smoke and drink too much and travel too much, but this is my life and I wouldn't change this for anything. For some people Metal is a hobby, for me it’s a way of life.

Are you happy of your life?

What are your interests apart music?

Do you follow underground movements? Is there any band you would like to recommend to our readers?

Sure, try Imbalance from Norway.

Well, the interview is come to an end, thanks for your kindness. The last words are up to you.

Thanks for the time and effort put into the interview, my friend, and for the fans: be sure to check out the new CD called "The Human Machine" out on Plastic Head from the UK on April 26th 2010. 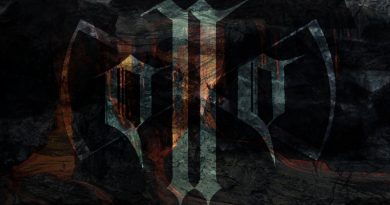