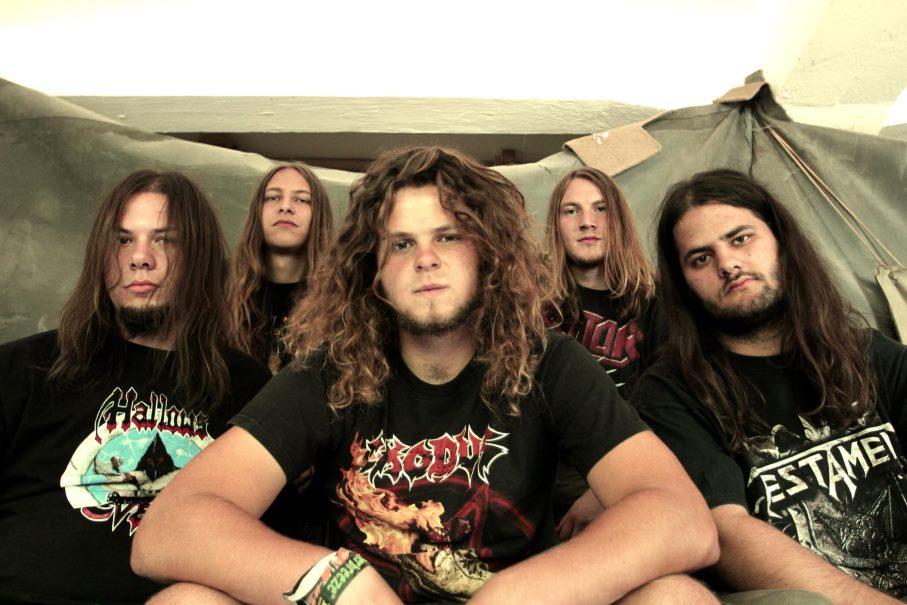 Today, Aristocrazia is looking for some thrash and we will talk about it with Toxic Waltz, recently out with their enjoyable debut "Decades Of Pain".

Welcome to our website, how's life going and how are you spending this summer?

Alex: Hi, nice to meet you! I'm fine, hope you're as well. We’re spending the summer with practising, working on new songs and playing gigs. Besides that we visit music festivals, get drunk and hang out with our friends!

Let's start by talking about yourselves, who are Toxic Waltz, how was the band founded? Tell us what you reckon is necessary in order know your project.

Toxic Waltz is consisting of Angelo (vocals), Jimi (lead guitar), Rahman (Bass), Flo (Drums) and myself/Alex (Rhythm Guitar). The band was founded in 2009 by Jimi and our former drummer Tim. Angelo and Rahman joined them in 2009, I came tot he band in 2010 and Flo joined last year to replace Tim when he decided to leave the band. We're a Thrash Metal band from Bavaria. Although we are germans our sound is more than inspired by American Thrash Bands like Forbidden, Testament, Heathen etc than by the german heroes Kreator or Sodom. (but we love them, too.) We try to create aggressive music that is still diversified and sometimes melodic.

Your name, it goes without asking, comes from one of Exodus' most famous songs, have you been following their latest news? What do you think about Holt as a Slayer member?

Yeah, of course we are all big fans of Exodus! It's cool that Zetro is back in the band, can't wait to see them live with him, although I also liked Rob Dukes. And on the Slayer topic… I think Gary Holt is a great guitar player and I'm sure he does a great job there, but for me personally Slayer died on the day Hanneman passed away, without him it's just not the same, he wrote the best songs of Slayer in my opinion and no one will be able to replace him. I'm really happy I had the possibility to see Slayer live with Hanneman and Lombardo in Munich some years ago. RIP Jeff!

"Decades Of Pain" is a really "American" record in terms of style, what do you think are the albums that might have influenced you the most while composing it?

Hard to say for me because Jimi does most of the songwriting… I think the first two Forbidden records, the whole discography of Death, Heathen's "Victims Of Deception" and Sepultura’s "Beneath The Remains" are some important influences.

How does a song come to life? Who is in charge of music and lyrics?

As I said before, Jimi is the main songwriter in the band. He writes the structure of the songs and presents it to us. Then we work on the details together until everybody is satisfied with the complete songs. Lyrics are written by Jimi and our singer Angelo, on the last record, ex-drummer Tim also wrote some oft hem.

After completing the recording sessions, what was your reaction at the first listen?

I think we were just totally relieved, the recording, the mix, the mastering and all that stuff took so much them and we listened to the songs about one million times, it was just a great feeling when it was finally ready!

The first stanza of "Morbid Symphony" reads: Hear the sound of howling bombs, shattered glass and bursting walls, roaring engines, crying sirens, masses screaming in pain. The war scenery that comes out of it easily brings to mind the unsolved (and maybe unsolvable) israelo-palestinian conflict, that once again is flooding media and social networks with its slaughtered children (sometimes treated as mere objects to be put on display). Has mankind lost every trace of self-control and just turned such issues into links to be shared and get some more "likes"?

Yes, unfortunatelly the Israel conflict is more current than ever before right now… It really seems that humanity is getting more crazy every day, people kill themself for stupid reasons like religion, money, oil and so on, it's really sad. And the ones who command all this shit are sitting in their big houses on their fat asses while the small people kill each other and die for this bastards who are brainwashing them. The people should think more about such things instead of posting pictures of their food on facebook! But they don't seem to care about that. I remember a few weeks ago, there was the Soccer World Cup… All the idiotic sheeps here were celebrating the victory of the german team while the army of Israel was bombing the Palastines at the same moment, it was unbelievable!

"Decades Of Pain"'s artwork portrays a crowd on the verge of insurrection and in the process of destroying the head of a statue (symbol of power), is this the age we live in, is such an event possible in other countries as well? What do you think would the role of the arts be in such an environment?

The cover is inspired by the arab spring, when the people stood up against the government. It would be possible, if the people we're not busy with sitting in front of the TV and being satisfied with their stupid lifestyle. In the poor countries where the people  are really oppressed by the state or have to fear that they die because of hunger, I think sooner or later it will happen. It's hard to say would the role of art would be then… I just can say that we can be happy that we can play the style of music we like we love without getting cencored! That counts for all other kind of arts too, of course.

What was the reception of your album? Both in terms of critics and people that had been following you for a while.

We recieved really good feedbacks the record! There were a lot of very positive reviews, even from big names like the Rock Hard magazine which was really great for us! Also the people who know us and listened to it seemed seemed to like Decades of Pain, that’s motivating us to keep on doing this!

The thrash scene — one of the longest-standing and most vivacious — is frequently questioned for its lack of "evolution"; but at the same time, when some bands try and incorporate different elements into their sound, they are defined as "not thrash". What does "thrash" mean to you?

Yes, that's the typical stupid mentality of a lot of metalheads unfortunatelly… For me Thrash Metal is fast, aggressive and powerful  music without all the image shit that some other genres seem to need…

If you had the chance to organize a festival where you were the headliners, and could only invite emerging bands, who would you choose? Five bands from your country and five from abroad.

Again about live shows, what is your current situation in this respect? Are you touring at the moment? Will we have chance to see you on some Italian stages?

At the moment we just play a few shows in our region but we hope that'll change in the future! Playing in Italy would be awesome, I hope we'll have the chance to play there soon! So if any italian promoter should read this, please get in touch with us as soon as possible [laughing]! I also like some italian Thrash bands like Hyades or Endovein. And I'm a big Doomsword fan, although it's not Thrash, I love this "Bathory-like", epic kind of music.

The first concert I visited was from a famous german punk band called Die Toten Hosen when I was about nine years old. My first metal concert was Hammerfall some years later. The first Toxic Waltz show was at our local youth center, I wasn't part of the band at this time, Lenny from Dust Bolt played the rhythm guitar at this concert. I was there as a visitor and got to known to the other Toxic Waltz guys at this evening, some weeks later I joined then. As a fan, I would love see King Diamond live, he’s one of the most talented Metal musicians ever in my opinion. I'd also like to see Deep Purple with Ritchie Blackmore, but thats kind of unrealistic. With Toxic Waltz it would be great to do a show with Exodus of course, because we got our name from them!

The latest records you bought?

The new album from Dust Bolt ("Awake The Riot"), some Bathory records on vinyl and La Coka Nostra, a brand you can trust (that's cool U.S. Rap stuff).

What's in store for the future? Should we expect a second album shortly?

Yes, we are working on the second album at the moment and when everything works like we want to, it will be released next year!

Let's give our readers five reasons why they should headbang while listening to "Decades Of Pain":

And that's all for today, thank you very much for your time, wish you good luck and will let you conclude this interview as you please.

Thank you very much for the opportunity to give this interview, it's cool that people like you support the underground! My wisdom for today: drink beer and listen to Slayer, Cheers! 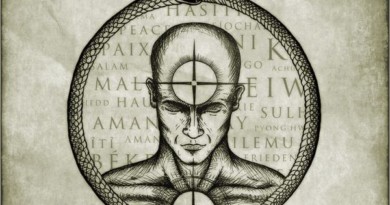 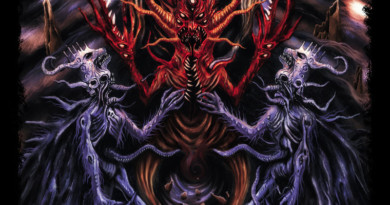