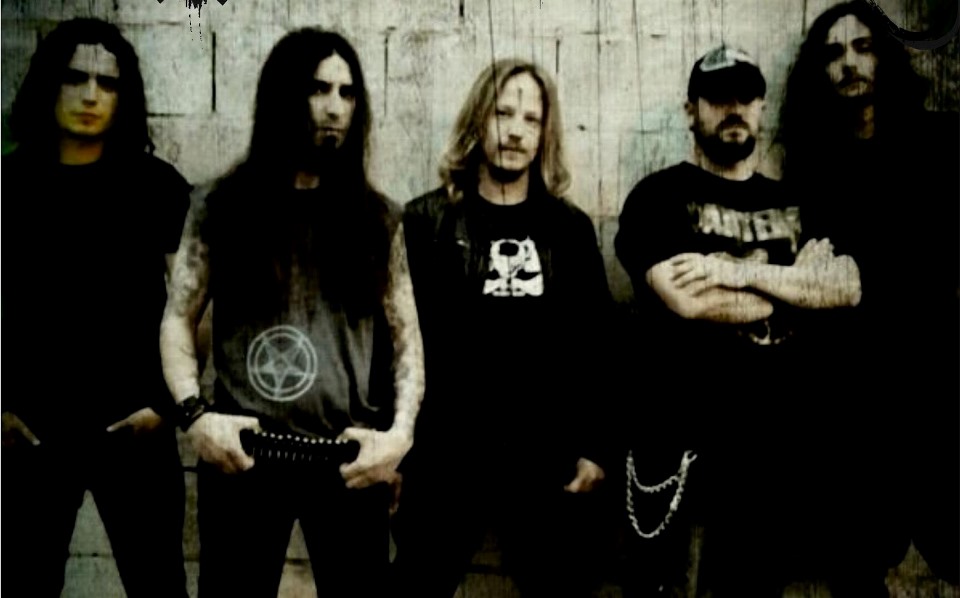 The Spanish thrash scene has several times found space on our website and a couple of months ago we reviewed the debut of Toxovibora, quintet from the area of Albacete, so now we are going to know them better, let's hear what they have to tell us.

Welcome on Aristocrazia Webzine, how are you guys?

Luis: Hello, we're happy to do this interview and everything that's going on lately.

Let's talking about you: who are Toxovibora, the name of the band is derived from what and how did the band born?

Toxovibora was born in 2012, firstly we were only a group of friends playing our favourite metal covers, after that, we started writing our own songs and decided to make a serious project.

Thrash metal in Spain is in good health in recent years and it seems to have an infinite park of band. How did you put inside your national scene and what are the bands that you know and appreciate better?

All members have spent years playing in another bands, but we have recently entered the scene with our first release with Toxovibora "Primer Ataque", but the number of fans is growing fast and we pleased about that. Within our scene there are good bands, the biggest in thrash metal in Spain are Angelus Apatrida and Crisix and in our record there are big thrash metal bands like Vivid Remorse or Exodia.

"Primer Ataque" was released both as a self-produced and with the support of the Art Gates Records: there are substantial differences between the two versions?

There are no differences, because first we released "Primer Ataque" and then we sign with Art Gates Records, and they distribute the album, but the same.

How has been long the composition of the album? What are your sources of inspiration, in terms of sound and lyrics, to create a song?

The composition lasted a year and a half, and our main sources of inspiration are the thrash metal bands of the 80's and 90's , others actual bands and not only metal bands, we listen many kinds of music. The lyrics and music are inspired by all the injusticies that we see every day in the world.

Fanaticism and disarryed society: two songs like "Fanático" and "High School Massacre", in addition to their excellent musical performance, they face the sceneries that seem to recur frequently over the years, what is that doesn't work in modern life?

I think the main problem in the world is the abuse of power and corruption. A lot of people have lost their jobs and houses, politicians are corrupt, rich are getting richer and poor are getting poorer, the countries declare war to make money. The world needs a change. The mindset of the people needs a change.

About fanaticism: it is unfortunately known the news about the death of Jeff Hannemann that shocked the metal world and is also known the one about the Baptist Church that wants to ruin the image and the funeral services of Jeff. Why the "ordinary" people is so hostile with metal and metalheads?

We are very saddened by the death of Jeff, Slayer is one the biggest thrash metal bands and Jeff was a great person and musician, it's a shame that someone wanted to ruins his funeral. Is the problem of fanaticism, that kind of people are afraid of others who tell the truth and what they think.

The new bands are victims of the "revival" attitude that, according to many, would reduce to simple pale copies of what is already been, but, if so what, why playing thrash today? What I ask is: what are the reasons that prompted you to love and playing thrash in a scenery that, in the polemical opinions, has no longer nothing to say?

We have grown listening thrash metal and this is the reason why we love it, many people thinks that the thrash metal is always the same, but each thrash metal band is different, you can hear to "Master Of Puppets" and "Reign In Blood" and they are totally different, but it's thrash metal, nowadays thrash isn't a closed style and still has much to say and show. We have a thrash metal base, but we have many more influences from other styles that you can notice flowing in our songs.

Let's back on "Primer Ataque": what were the reactions from listeners and critics about the album?

We are having many good reviews from the press for the album and many compliments from listeners, it's exactly the same on the stage, people come after the concert to talk to us and tell us how much they liked. We´re very proud of what is happening to us.

A long time after the first time you have listened to your entire album, are you still totally satisfied of it, or would you change anything?

We are totally satisfied with "Primer Ataque", the first time we heard the entire album we were surprised of the sound, it's aggressive but has a lot of definition in each instrument, as we wanted. Although, as a new band we always want to be better, we have learned a lot of things this year on stage and on the recording of the album, so I´m sure this will be show in our next release.

And on stage what kind of feedback have you received? What are the songs that the audience liked much more and what are the ones that you prefer?

We're receiving a good feedback from the fans on stage, there is a good feeling between the fans and us, we feel their energy and this make us play with more intensity. There are differents preferences about the songs, depending on the listener, some prefers songs like "Muerte En Directo" o "Crudo" and other prefer more aggressive songs like "Highschool Massacre". It's hard to choose just one song to us, "Sois Un Fraude", "Fanatico" or "Highschool Massacre", I think these songs show well as we are.

The bands surviving playing many lives, since the purchase of physical material continues to suffer a considerable loss. How do you feel the advent of an art form forced to an exclusively digital distribution on the Internet?

Well, this is complicated. I think that physical material has a special "magic" that is lost in the digital format, but the musical industry is changing and we have to adapt. We think that every release has to be in a physical format and obviously in a digital format, it's the only way to reach more people over the world.

There will be chances to see you in Italy this summer? Do you will participate to some festival?

We're in two festival this summer, The Alterna Festival and The Helicke Rock Festival and some more that we will confirm. We expect that we can visit Italy soon, we would like to do an European tour next year.

As Toxovibora, do you have a dream you would like to achieve?

Yes of course, we have a big dream: we'd like to play all over the world, and we want to record other albums and improve our skills like musicians.

What happens now in the band? There is already an idea of how will be the your next release?

We have some finished songs for the next album, although is too early to say how it will be, but be sure it will be fast, aggressive and with a lot of groove and energy, perhaps we will experience more. That's the kind of music we like to do.

The interview ends here, the last message for our readers is up to you…

We are Toxovibora and if you like metal music listen to "Primer Ataque", you can get it on www.artgatesrecords.com. We hope to see you soon doing headbanging!! 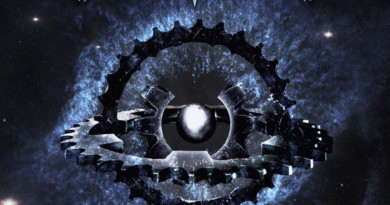