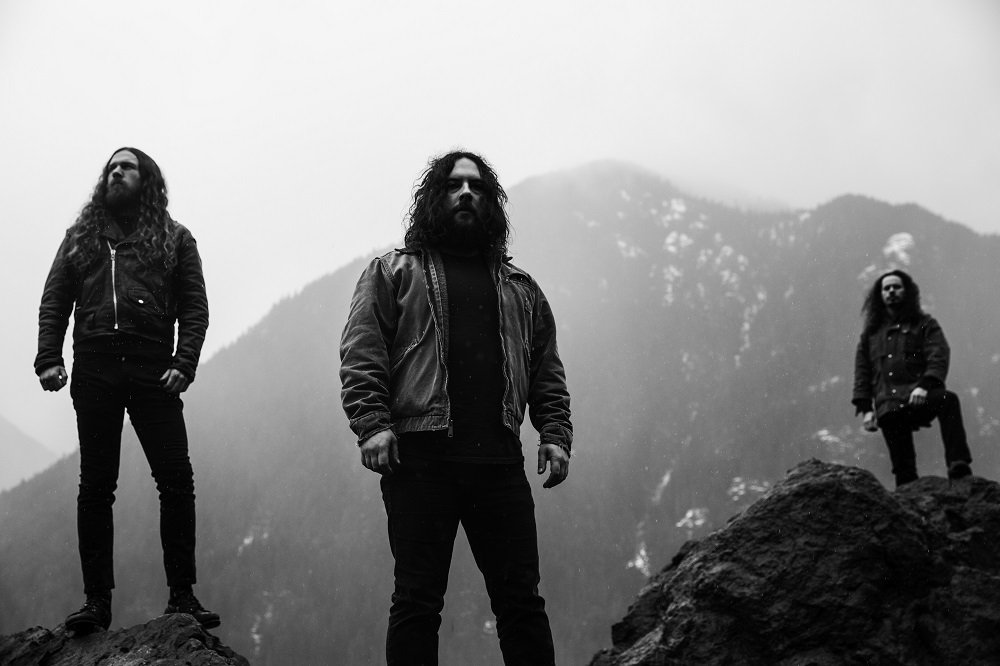 A week ago, I had the chance to get in touch with the Washington State forests, in the deep Pacific Northwest of the USA: a brief but pleasant chat with one half of the Weavers from Wolves In The Throne Room, Aaron to be specific, who kindly talked to us about the new album Thrice Woven, the future projects of the band and some other things as well. Enjoy!

Hey Aaron, thank you for your time and sorry for the last minute scheduling of this interview!

Aaron: Hey man, no problem. You know, actually, you’re really quiet, I’m gonna plug you onto my studio monitors… okay, now that’s much better for me, I’ve got you on surround sound.

Cool! So, let’s start with the new album, Thrice Woven. It’s a great album, the tracks have a great variety in them but still sound pretty direct. How has your approach changed since your last proper black metal album in 2011?

Uhm, the main thing is that we built the studio, where I’m right now. The previous album — Celestite, the synthesizer album — for us, that was the birth of Thrice Woven. Because it was during that time that we started getting serious about building this studio, and this is our power source: you hear all that magic in Thrice Woven.

Yeah, in fact I was going to ask about Celestite, actually. I think the new album is partly influenced by it, the atmospheric parts really reminded me of Celestite. I was wondering if it was just a sensation of mine or an influence really.

Yeah man, it’s a lot of the same gear, the same synthesizer, just the way of working in the studio.

I think the collaborations with Steve Von Till and Anna Von Hausswolff are a great added value to the album. How did you come up with the idea of working with them?

Oh, that’s a great question. Well, both of those collaborators were brought onto Thrice Woven by Randall Dunn, who is the producer we worked with for many, many years. He’s a great friend, teacher to me especially. We just knew we wanted a voice on the record: in the case of Steve Von Till, we knew we wanted the voice of a… [deep sigh] someone who can speak with a lot of truth from the heart, about how we live on Earth and how we pay attention to the seasons, the gratitude for living here. We wanted that voice to come from someone older than us, someone who is wise, we told Randall this and he said «Well, you should call Steve Von Till», and that’s how Steve came. With Anna, we wanted the voice of a woman, a voice that sounded like cold, grey water, ’cause that’s where we live. We live in the North, where the salt water in winter times is very cold and very grey. Anna Von Hausswolff has that perfect voice and Randall made that great connection.

I agree, Steve has this haunting and really profound voice. It’s a great highlight in the album. So, I see Kody Keyworth is now a stable member of the band, correct me if I’m wrong. Did he participate in the songwriting process?

A little bit. You know, Nathan and I started getting serious about making riffs, I don’t know, around December 2015. We worked by ourselves for three or four months in that studio, during winter in the dark, just the two of us. We put together most of the record, by ourselves, and it was at the end of that process that something snapped: it was just clear to us that Kody was now a part of this band just as much as Nathan and I are. He’s like a true brother to us, and we speak with the same tongue, you know. It was a beautiful realization and it opened up this whole new universe to us, to welcome this spirit and this energy.

Thematically speaking, European and especially Norse mythology are a strong element in this work. Is there a particular reason for this?

Yeah, I love it. Maybe it’s the cover of the record. In that picture there’s Týr, the God of justice and truth, who’s putting his hand in the mouth of Fenrir the wolf. There are so many things in that story: there’s courage, the fact that he’s willing to lose his hand in order to restrain the forces of chaos and destruction. And at the same time, you know, he’s the God of truth telling, and yet he’s forced to tell a lie to the wolf. It’s not easy, you know? That’s how human life is sometimes, there’s not one clear answer. It’s the Norse mythology, all mythology, all the old stories all over the world that teach us how to live human life. It’s where I get my inspiration and my wisdom from: those old stories. 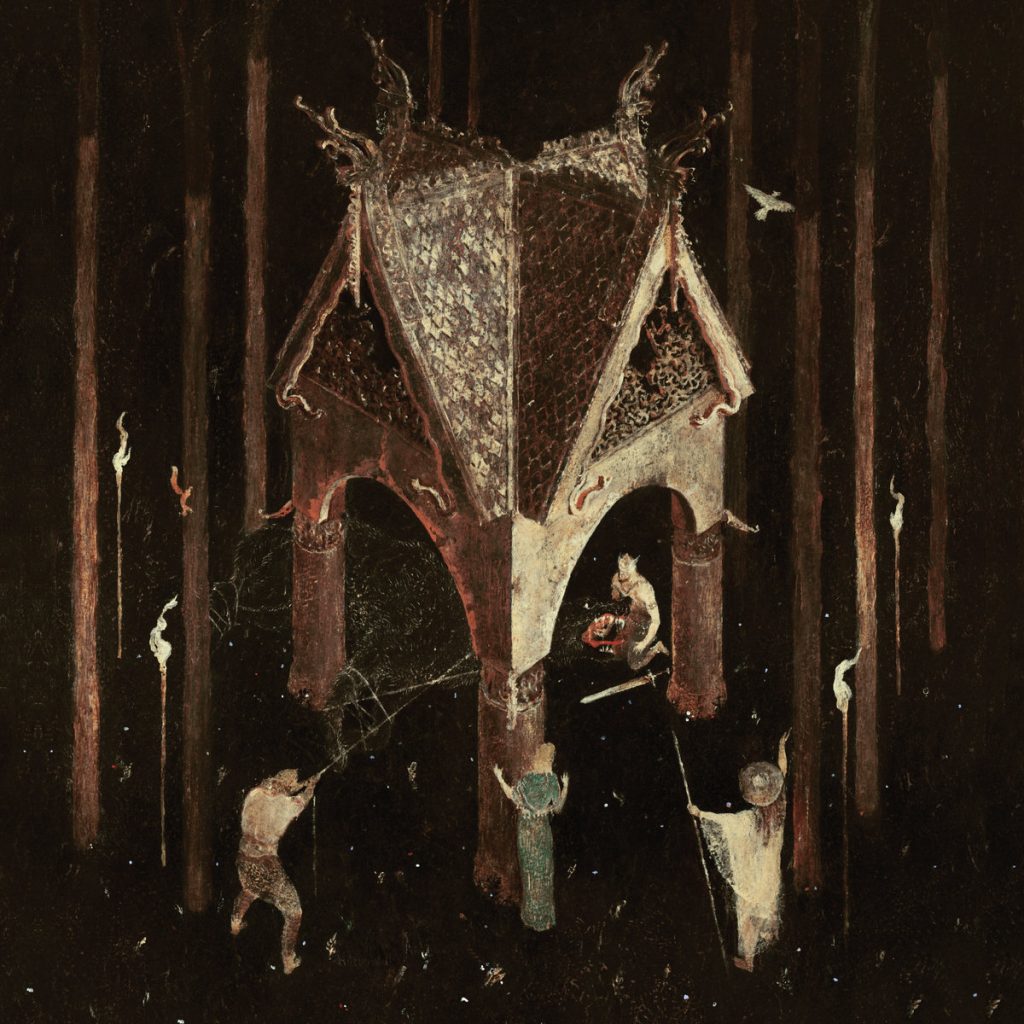 You recently toured Europe and I had the chance to see you for the first time at Brutal Assault. I was way back in the crowd and honestly I couldn’t see what was happening on stage, but the atmosphere was great. Do you try to connect with the audience or are you self-absorbed and focus on playing?

No, no. We’re in celebration and exaltation and communion with the audience, the whole time. That’s why we do it. The studio is such a lonely place, it’s just the three of us in there, with our own, I don’t know… Our own demons, our own angels, our own heartbreaks, our own stories. And then, once the record is out, once we go on tour, we’re with the people again: it’s a time of connection and I have so much gratitude towards our fans, so much love to the people that come to our concerts. I think about it everyday, I have this love in my heart for these people.

You’ve always been rooted to nature and sadly this is not the best time for environment and such things. What is your take regarding the various environmental issues and threats going on in the world?

You know, I’m a musician and all my feelings are all right there in the music. It’s obvious how we feel: heartbroken, but full of hope and joy at the same time.

The Pacific Northwest has been a focal point for the American Black Metal scene, with many great bands and the Cascadian Black Metal thing, of which you are considered one of the main acts. What do you think of this legacy and of the entire scene that spread after you released your first albums?

Mmh. It makes me feel good. You know, we’re always looking at other bands, because we’ve got to find bands to go on tour with us. There are a lot of young bands that are working with the same spirit as Wolves In The Throne Room. There’s love for the earth, the desire to live in a balanced way, a good way, an old way. It’s not just the music, it’s in all the kind of places and the culture, the places that I love and people that I love.

Outside the band, what music do you usually listen to? Is it always metal or do you have, I don’t know, any guilty pleasure or what?

Oh no, man, there’s never any guilt in music, I love everything that I listen to! And it’s, you know, metal sometimes, but… [deep breath] man, so much. I can tell you one thing we listen to a lot: me and Nathan and Kody together, we love the band Coil. Do you know Coil?

No, never heard of them.

Oh, right. I’m not into that scene at all…

Hahaha! Check it out man, I always encourage people to listen to Coil if they want their brains torn open.

Okay, will do! Related question, in some manner: what do you do to relax? I imagine you wandering through the forests, but maybe that’s a cliché more than anything… or maybe it’s real.

No, no, it’s definitely real! It’s the only way… I mean, that’s where my music comes from. I’m blessed with this beauty in my life: I walk outside the back door in my studio, there’s a thousand acres of ancient, beautiful trees, and streams, and it goes down to the salt water. It’s the plants here, the animals here, the trees here, it’s the old spirits here. That’s music for me, that’s where it comes from.

Such a unique thing. I can relate in some manner because I live in an area where, within 40 minutes, you can go to the mountains, to the sea… just beautiful to be surrounded by nature in all its forms.

Yeah… what city do you live in?

Udine, it’s in North-Eastern Italy, close to Austria and Slovenia.

Okay, so you’re up there in the Alps!

Yes, but actually I’m from Sicily, so it’s a very different environment from my homeplace.

Yeah, my wife has a lot of Sicilian blood!

She’s Italian-American all the way, she’s got relatives from Sicily, from Naples…

Wow, which city if you remember it?

Aaaaahhh… I should find out! Her grandma was from there, she married a northener.

Well, I think we’ve finished, it was a nice and pleasant chat for me. Thank you for your time!

Thank you so much, it was wonderful to speak you!

Thanks, have a nice… wait, what time is there right now?

Right now it’s two in the afternoon, so… you know, up here in the North the sun is starting to set, it’s getting on towards early evening.

Nice, I think I’ll go straight to bed as it’s past 11PM here… thank you, have a nice evening! 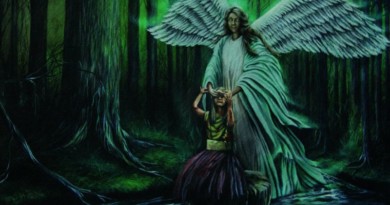 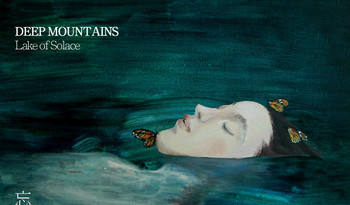