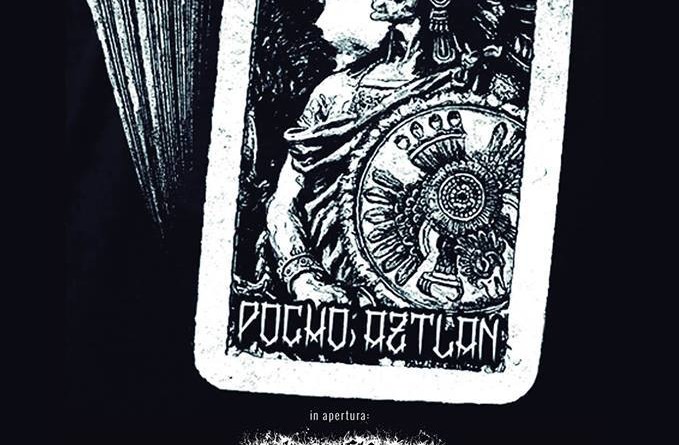 It's been a while since the last time I wrote about live music at Magnolia's, even though the east Milan located club still hosts high quality events. Although not that many bands from the extreme world have been scheduled for this summer (as I recall, it's been just Deafheaven and Trap Them at Solomacello night and then that stoner event with Elder and Acid King, that as a matter of fact are not extreme at all), the club's had a top quality, heterogeneous program: over the last couple of weeks Trentemøller, Swans, Wire and Shellac have played there, plus the above mentioned Elder and Acid King. But tonight there's no room for heterogeneity, for cultural variety and contaminations: tonight at the Idroscalo there's war, tonight Brujeria play there.

As I get to Magnolia's, Spleen Flipper from Crema are almost ending their exibition. As one could have possibly, easily thought, being a Tuesday evening grindcore concert in August, the venue was almost empty. As much easy to guess, on the other hand, is the attitude of the few ones there: if you want to enjoy a grindcore gig with thirty degrees while the rest of the world is on holiday, well, that probably means that you truly believe in grindcore. 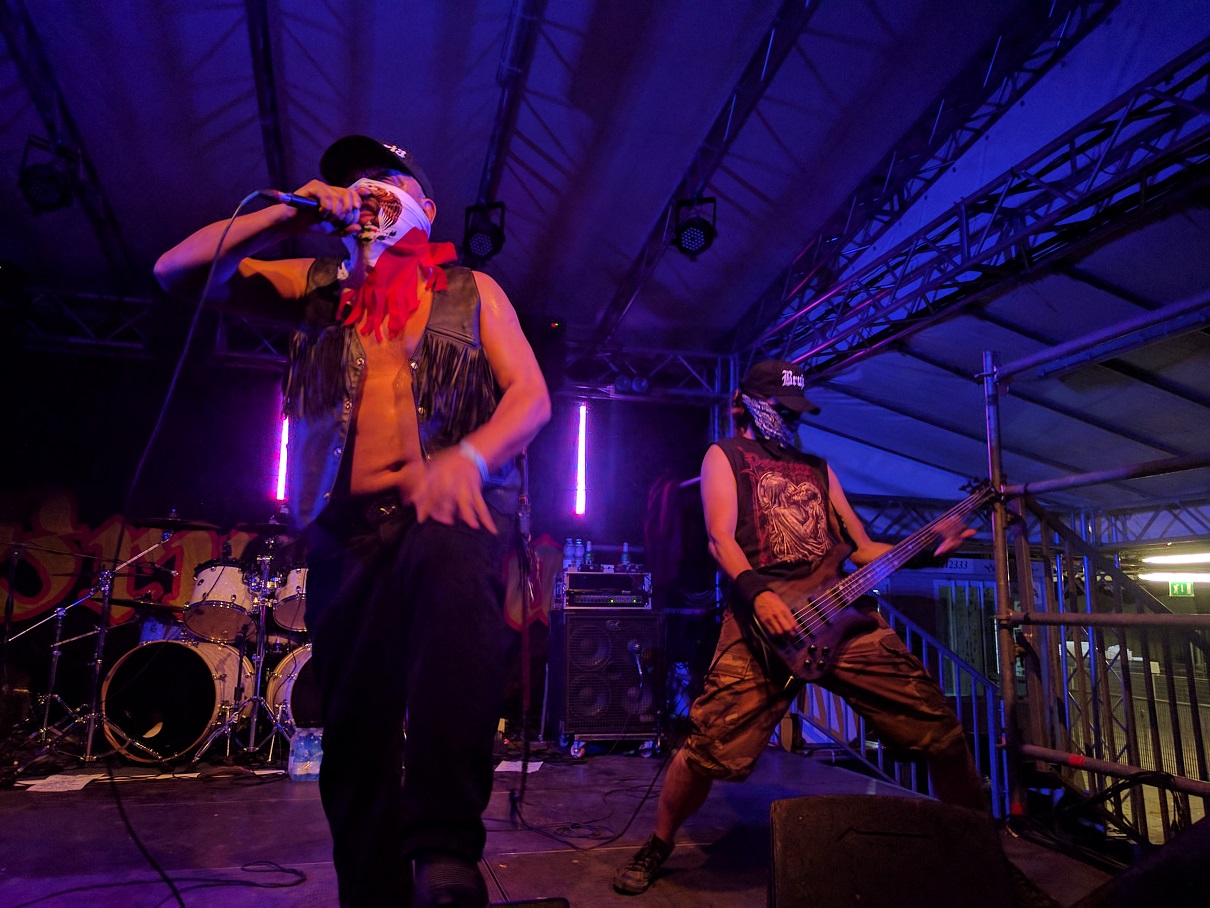 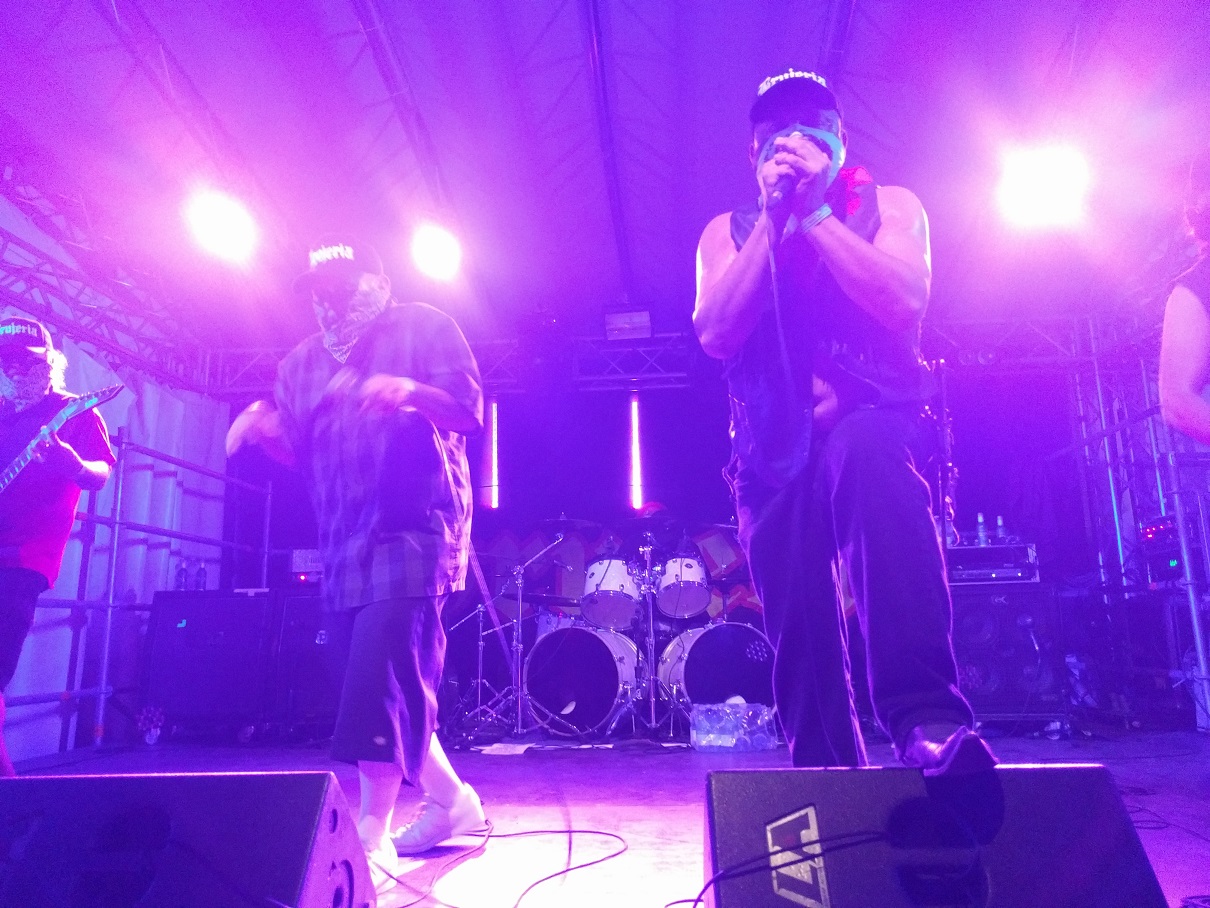 When los hombres walked onto the stage, I must say I kind of felt down: Fantasma was not there, Pinche Peach was not there either, but most notably Hongo was not there. Well, you have to know that every time I see Shane Embury in incognito on stage with Brujeria I cannot avoid to think that the world of metalheads somehow features nice people, even though three out of four of us are not that great guys. Anyway, since Napalm Death's bassist was replaced by someone (obviously unrecognisable due to the hat, bandana and all the other stuff he wore), I was a little bit sad.

Nonetheless, Brujo lead a remarkable show, that must be said, even if he was just helped out by live musicians, plus the inevitable Sangron, cornerstone of Mexican tomfoolery (take a look at his notable dancing moves) though he's part of the gang since not that long, and the day by day more spherical Hongo Jr., also known as Nick Barker. After a while, then, Fokin Biche, the mascot of our favourite narcos, came on stage jumping here and there. At the end of the day, though lacking more than half of the current lineup, Brujeria always manage to feature a shitload of musicians on stage. Then "Pito Wilson" starts, and the mess begins. 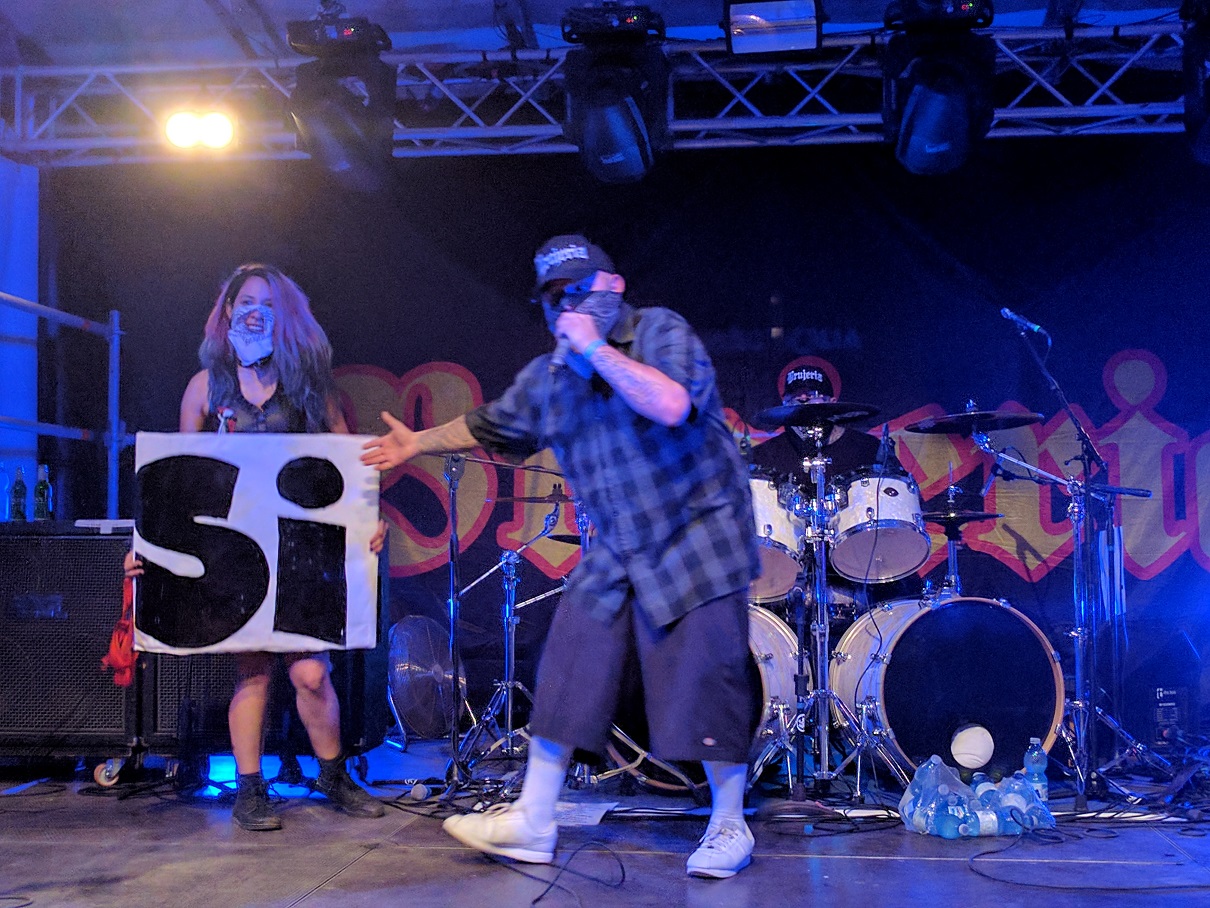 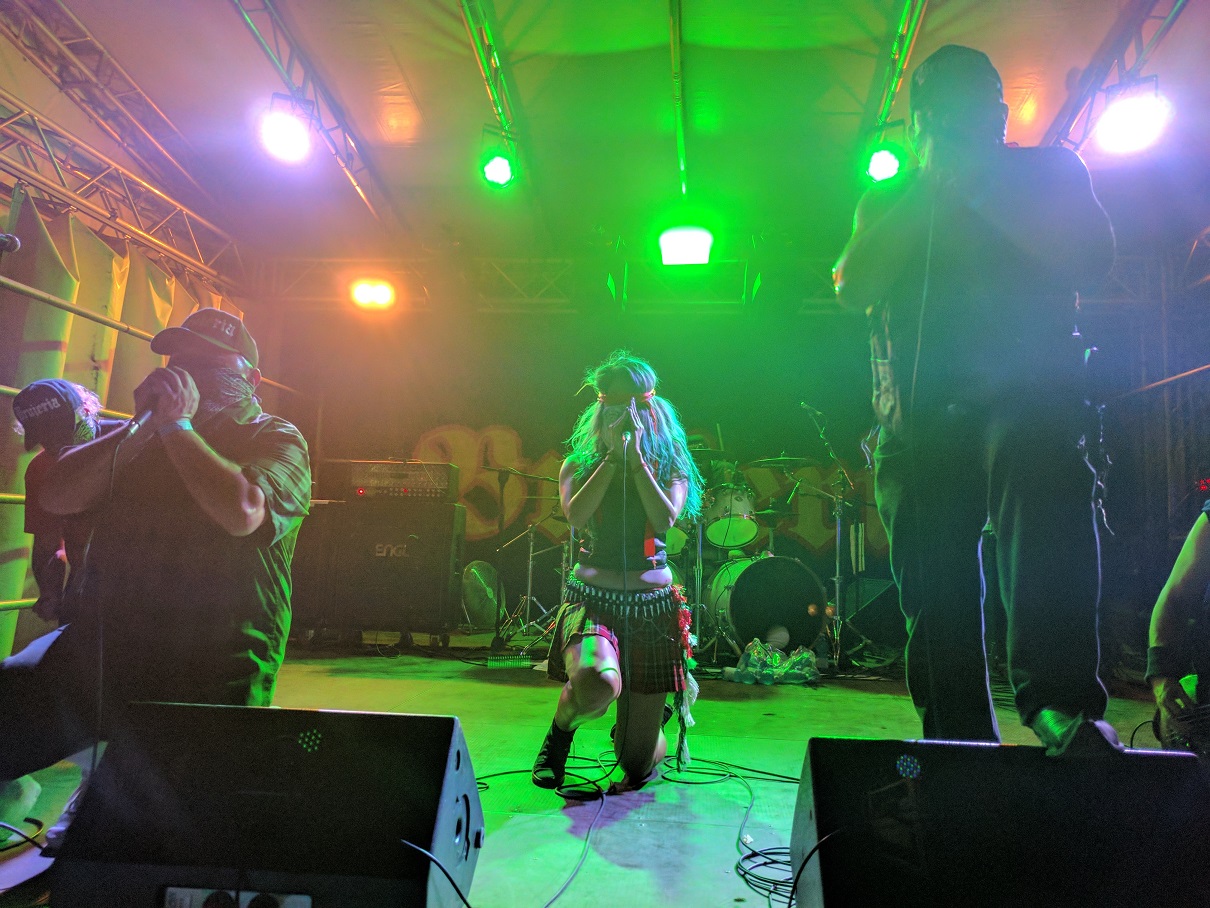 I've been anchored to my spot in the first row the whole time and I've ended up with bruises and a record backache after show since I've acted like an airbag for people getting pushed out of the circle pits. "Colas De Rata", "Cruza La Frontera", "Marcha De Odio": the hits came out all the way — and the brawls too.

Funny scenes took place there too, and they were just great: as the words «Fuck Donald Trump!» rose from the crowd like some stadium chant right before "Viva Presidente Trump", some 5 (baby) feet tall Mexican guy with the angriest face in the universe and muscles of a gym addicted gently asked me to make a little room for him (meaning that he threw me away with the kindness of a bulldozer), leant towards the stage and screamed something in Spanish to Brujo, who replied with a generous «fuck you». La Biche then got on stage and, following El Sangron instructions, suggested us the right answers to the fundamental questions of "Consejos Narcos", like «Marijuana?» or «Con Gueros?» (left picture), and we proved them we understood their teachings while pogoing and jostling.

Delivering swears and insults like machete strokes, spreading upside-down racism and even some prayers (right picture), our beloved Mexicans declared that they "No Aceptan Imitaciones" and, as Brujo and El Sangron simulated rolling a joint, the narcos put a stop to the hostilities with "Macarena": now it's time to smoke the peace pipe and then everybody goes home. 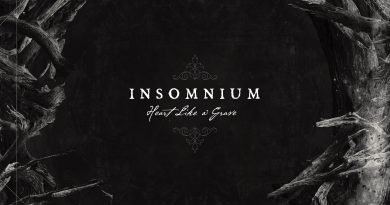