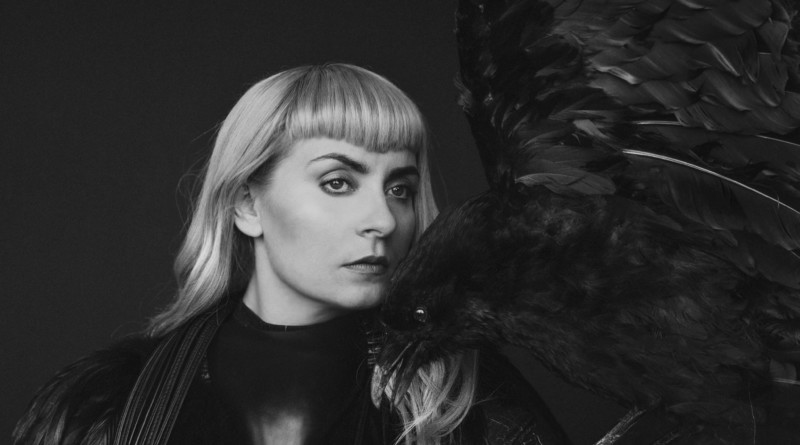 Last Wednesday I entered Tavastia expecting an intimate concert, with a small audience and very few surprises. I was mistaken… 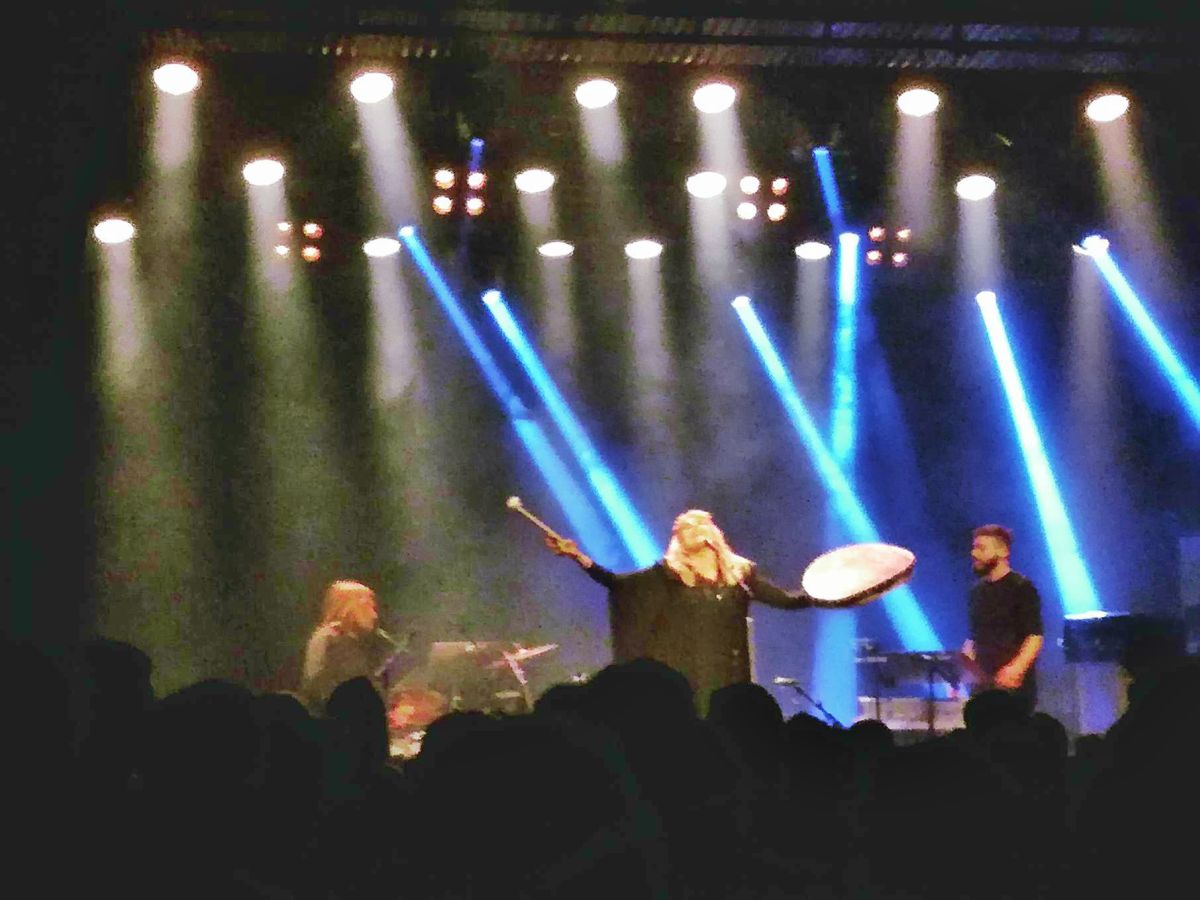 First of all, I was totally wrong about the small audience. There was a fair amount of people in line for the cloakroom and, looking to my right, I caught a glimpse of how crowded the concert hall was. I wasn't prepared for the fact that a relatively underground artist such as Eivør (Pálsdóttir, for the record), hailing from a small, distant and scarcely populated place as the Faroe Islands, might have such a following. The second surprise, definitely more unpleasant, was hearing the first notes from the songwriter's guitar resonate through the place while I was still struggling with the zip on my backpack before leaving it in custody, even though it was just 21:10 and the beginning of the gig was set for twenty minutes later. Trying to move as fast as possible, I entered marching and placed myself next to the mixer, while the song "Mjørkaflókar" («Fog Banks») was still coming out from the speakers.

The environment was very relaxed, the artist interacted multiple times with the audience in a pleasant and enjoyable way, narrating stories about the songs' writing process or translating the titles in English. Most of the material we had the chance to listen to was taken from her last effort "Slør" («Veil»), which will be published in the UK, in English, in the next months. «I translated all the songs from Faroese to English, and tonight I'll sing them in English for you, I still have to get used to it so excuse me if I mess everything up». Needless to say, she didn't.

The evening and the music went on: "Brotin" («Broken»), "Verð Mín" (meaning both «Be Mine» or «My World», «But it's the same thing, I guess»), the beautiful and mesmerizing "Salt" (nothing too odd, just «Salt»), tigthly tied to Eivør's own memories of her sea. In this exact moment of the evening I realized I wasn't attending a concert; or better, not only a concert. Limiting the intensity of the experience I had, of the shivers I distinctly felt up until the ends of my hair, of the magical atmosphere that encircled every single one in the audience, bringing them back to an era when gods still existed; labeling all of this using merely the word «concert» would be a great insult to Eivør and the musicians on her side, but also to myself, and to all the people there enjoying the experience.

The songwriter's voice is hypnotic, high-pitched, able and agile, becoming just a whisper in certain moments, while turning full and powerful in, for example, "Trøllabundin" («Bewitched»), one of the oldest, most folk-oriented pieces, tied to those far and cold Northern lands and their mythical past, as well as the most anticipated by yours truly. The interesting aspect of this song is that Eivør performs it on her own, accompanied by her shaman drum only; this makes it different each time: I listened to many live videos, besides the record version obviously, and each one differs substantially from the others, either in melody or tone. 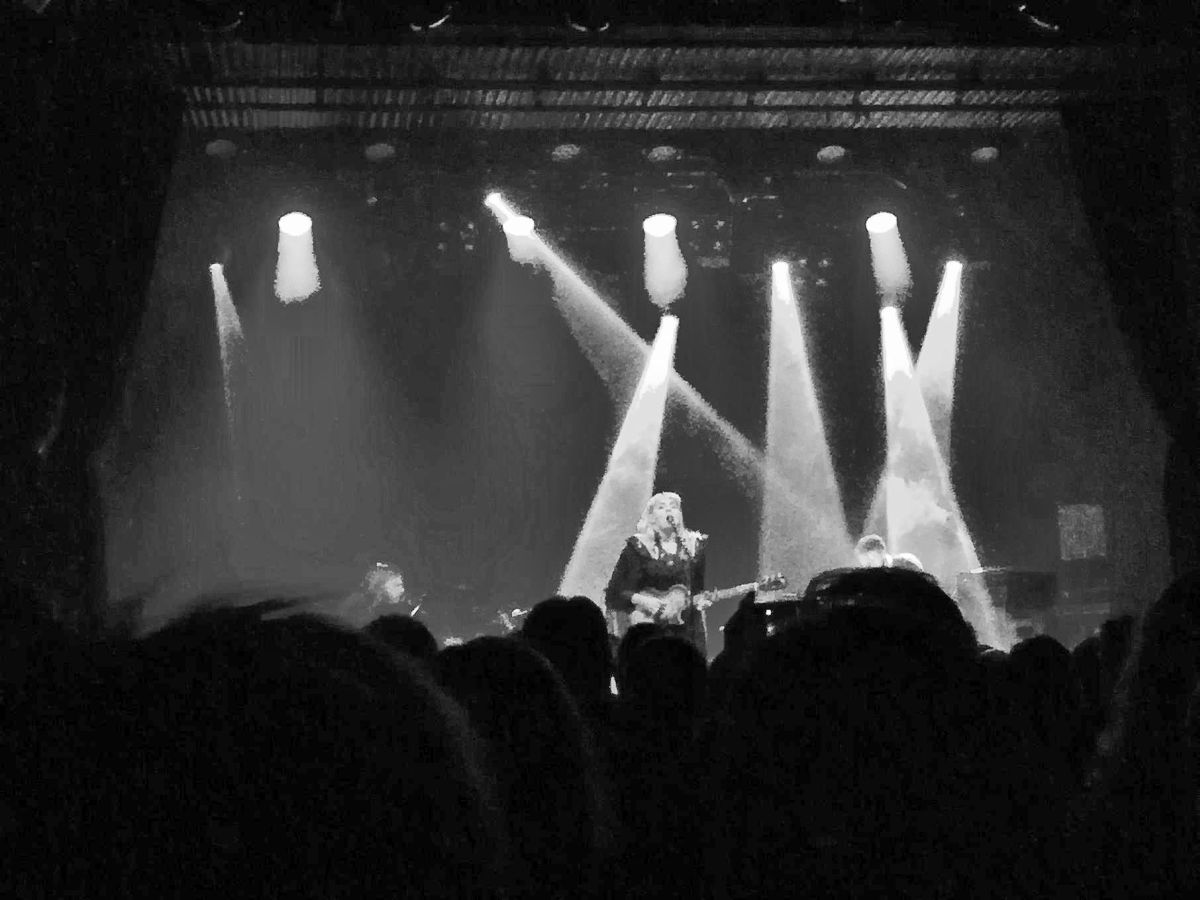 For those who didn't know Eivør at all, it must be said that capturing her musical style in a single word is impossible. We're talking about a multi-faceted artist, with interests ranging from art pop to electropop, electronic music and, in her earlier discography, even jazz. Wednesday evening's concert – pardon, experience – touched on almost everything, showing evidently the thousand natures of a single songwriter. With "Boxes", a real story about moving to Denmark, and "True Love", dedicated to all of us because «You're a fantastic audience», we went back to the more pop-oriented "Room", released in 2012. Instead, with the last "Í Tokuni" we went for a trip «In The Mist», the same mist in which Eivør got lost as a young girl, while hiking on the mountains.

Truth be told, the last song wasn't exactly the last one. The final applause lasted so long that the singer came back on stage, on which she performed alone with her guitar at first, taking on "Famous Blue Raincoat" by Leonard Cohen, whose house she went knocking at as a sixteen-year-old girl while in Canada; then with her two accompanying musicians for the last piece, this time for real, "Falling Free".

Describing precisely what I felt is hard, I did my best but I think I left something behind. Besides that, remains the fact that Eivør took the stage magnificently, playing the ukulele first, then the classic and electric guitars and then the shaman drum; the drummer's work was outstanding – and so were his perfect choruses – as well as the bass player's, also in charge of the synthesizers. I could (actually, I have to) suggest listening to her records, but I assure you that the live experience is a whole different thing: the voice is more intense, stronger, without any imperfections or errors even in the hardest and trickiest parts. Not talking about the cries and sounds made by her; just give a listen to "Í Tokuni" or "Trøllabundin" and you'll get what I mean.

I came back home in awe, excited, feeling like I went through a dream. And, more importantly, the whole performance motivated me to give everything I have artistically speaking, which is a one-of-a-kind event. I told you it wasn't just a concert, didn't I? 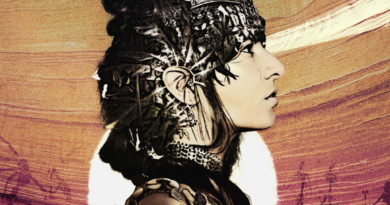