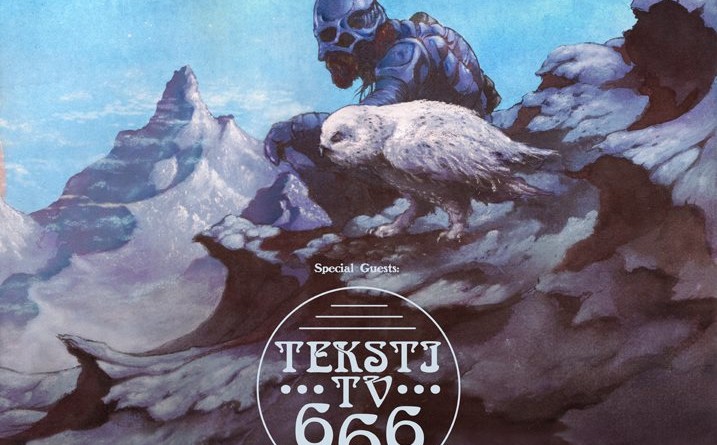 Abstinence from live gigs is an ugly thing, especially when such an obstacle doesn't depend on our will, but rather on hostile conjunctions against which we have no other power, besides cursing the universe. There are so many bands we are regularly forced to wave goodbye to when they come to play where we live; as for me, when Kvelertak calls I have to answer. 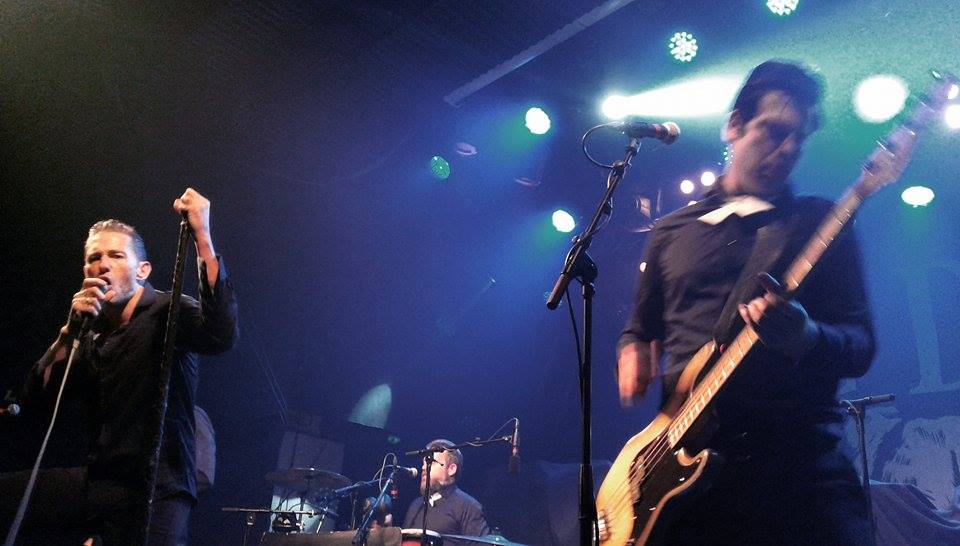 I set foot on Tavastia after a little more than a month — a short time some might say, but lately everyone has played in Helsinki apparently —, a few minutes before Norwegian band The Dogs appears on stage. There is quite a crowd but everyone is either at the bar or at the back of the room, a part from a solitary guy leaning on the crush barrier. As soon as the first notes start coming out of the speakers I get closer to the stage as well, curious about the performance of this band I chose to see without any preliminary listen to their music, preferring a more direct approach. Fifteen minutes later Kris, the singer, will decide it's time to share his most intimate part with the audience and start fumbling to unzip his pants; at that point I will fully realize I had zero foreplay and a more direct impact than expected, but first things first. The stage is stuffed with six musicians, all dressed up with a black shirt and a white ribbon, and they play good garage/punk matched with percussion intruments, mouth-organ, keyboards and various effects. I get an excellent impression from the very beginning, even though it doesn't go unnoticed that, although the band has already played (well) couple of songs, me and the above-mentioned guy are the only ones standing closer to them. Maybe it's because of Finnish genes, but I have to admit there's something in the singer's eyes able to intimidate, a flair of unpredictability that makes us prickle, since we cannot foresee what he will do. Just as I said, Kris jumps off the stage, reaches that part of audience standing in the back of the room trying to captivate them, goes then up the stairs and sings at a random guy's face; then he goes back, climbs up the crush barrier and remains bending back there, grabs on to the microphone shaft and tries to do the splits. Again, he takes one of the photographer's camera and starts taking pictures around, putting the lens inside his pants at some point and then, as already anticipated, showing us what he's got shortly after. I then decide to take a few steps back, without taking my eyes off the performance – for it is absolutely hypnotic – or Kris – for it's like looking at a Iggy Pop/Elvis/Celentano hybrid — not even for a second. Their music conquers us all, the way they play is very effective from a scenic perspective, applauses are loud, and we can't but notice the band's members (not in the literal sense, I believe I have to clarify it) hug one another at the end of each song. How cute.

After a bunch of remarkable moments, amongst which the by now famous Kris screaming in a mic inserted in the bass player's pants, before, and coming to us again, taking our heads in his hands and saying everything's gonna be alright, after, if there was still someone believing in the cold, insensitive Nordic man, at this point they sure know one less thing. Their gig lasts for about half an hour, by that time there are more people standing in front of the stage, and all the musicians leave their instruments and come down to hug all of us. I would have never expected such an amount of cuddles; the most important thing is, anyway, The Dogs are crazy. They are completely out of their minds, they already have some recorded material behind them — among which "Swamp Gospel Promises", released this year and whose "You Never Loved Me At All" and "Are You With Him Now" opened their gig —, and we like them. Oh yes, we do. 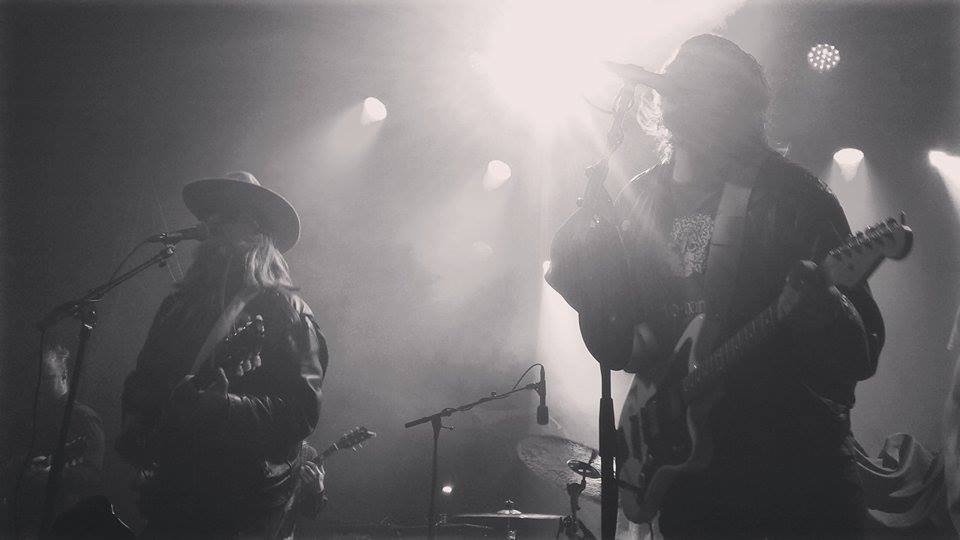 We're all still confused and thrilled because of The Dogs, without knowing what part of their performance deserves to be called "the best of all"; shortly after the stage gets stuffed again. We have seven musicians this time, five of which are guitarists; there are four mics and everyone wears pretty much what they want: psychedelic shirts, leather shoes and hats, but also sneakers, jeans shorts, crew socks and t-shirts, not to mention leather jackets and sunglasses. Visually it's a mess, same thing happens from a musical point of view: these are Finnish TEKSTI-TV 666. They call themselves a shoegaze/kraut/punk band, and if you have no idea what it may sound like I suggest you go have a listen. I'm confused at the beginning, I don't understand the reason of so many guitars; I then realize everyone plays longer or shorter solos, this meaning songs are not so short either, and the (not so frequent) vocal parts are all well harmonized to more voice parts and I always love it when it happens. They immediately gain my interest and the audience attention, now noticeably bigger and finally close to the stage. Everyone headbangs, jumps, dances; hey, we're really into it. The gig lasts about half an hour again, the band thanks and greets us and any kind of staff members start perparing the stage for Kvelertak. 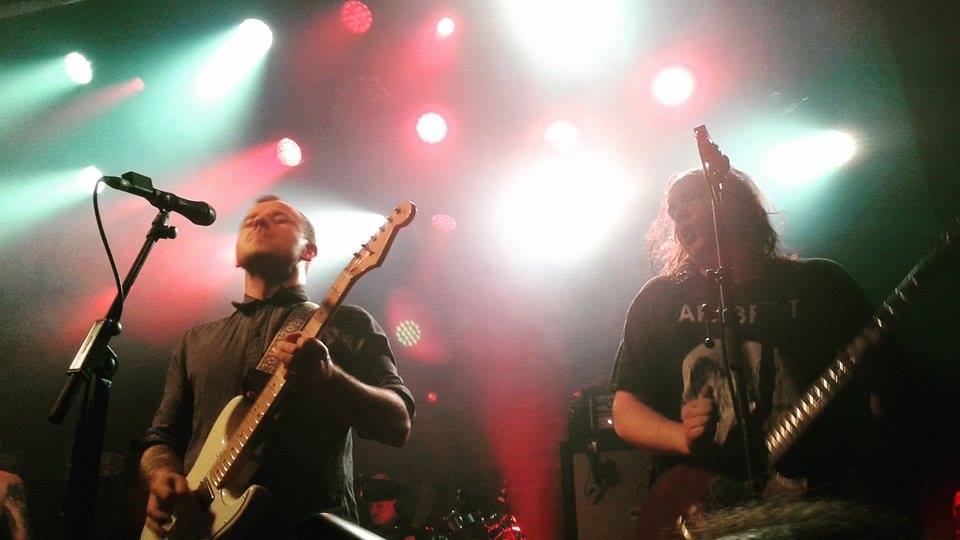 A "Nattesferd" album banner appears in the background and here and there it's possible to spot some owls, symbol of the band and printed on t-shirts, album covers, even made into a mask worn by the singer Erlend throughout the first song of every damn live gig. So it happens also this time: the six young Norwegian pals arrive on stage at 21.35, welcomed by stadio screams, and the "Nattesferd"-themed owl mask — the same mask I saw at Tuska — has illuminated eye sockets. We start with two songs off this very album, "Dendrofil For Yggdrasil" and "1985". Erlend at some point raises what looks like a cough medicine bottle, says «Skål» and takes a good sip. Before they start playing the following "Mjød" he explains with raspy voice he has a bad case of tonsillitis, apologizes for not being able to sing «as beautifully as I usually do » and asks us to help us singing. Easier said than done. We all go wild, hair flies everywhere; some jumps, others wiggle; the new album songs are welcomed with enthusiasm, even though the highest screams are all for the older ones. We clap our hands and raise our fists with "Evig Vandrar" and "Blodtørst", we can't really stand still. I released my mane for the occasion and it's freaking hot, while the mosh pit behind me doesn't show signs of stopping. Erlend is not in his best shape, he has to walk away every now and then and doesn't stage dive, but this is by no means a low level performance. The setlist goes on with "Ondskapen Galakse", "Nekroskop" and "Svartmesse", song by the way equipped with a super cool video I suggest you watch. We sweat, we have fun, Kvelertak has fun: this is the kind of atmosphere that should always be found at a live gig.

The old glories of "Offernatt", "Bruane Brenn" and "Kvelertak" are saved for last; then, everyone leaves the stage. I can see the setlist on the floor from my position, so I know for sure we have at least other two encores coming: "Nattesferd" and "Utrydd Dei Svake". Alas, Erlend's voice is probably too messed up to manage to sing other two songs, so no "Nattesferd" this time. Tonsillitis is a horrible infection for a singer and the rational part of me knows the best thing would have been to cancel the show; on the other hand, I selfishly admit such cancellation would have pissed me off quite much. During the last bits of "Utrydd Dei Svake" some guys start climbing the crush barrier to get on stage; the security guys try to stop them, but then they realize everyone is just jumping and dancing — and the gig's over —, so they let it go. Fans and musicians hug one another, all the band thanks us and, as usual, drum sticks and guitar picks are thrown in the air. This was my third Kvelertak gig in a little less than three years and I got to enjoy it from the first raw also this time; what's most shocking, I got another guitar pick. I walk to the cloakroom happy and exhilarated.

TEKSTI-TV 666 was a nice surprise; The Dogs are wonderfully sick and I adored them, and Kvelertak proved themselves fantastic again and able to fill me with energy like only a few others can. I'm already dreaming of their next live; meanwhile, I can totally state I've never seen such an amount of hugs between strangers through the same evening. Hooray for love.

I found out by chance that Kris of The Dogs is also, among other things, comedian and TV character. That would explain many things. 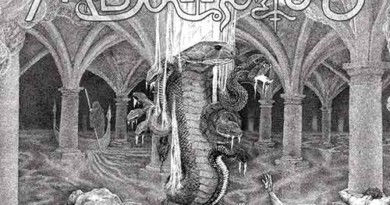 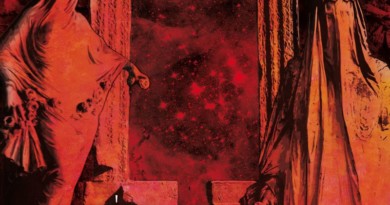