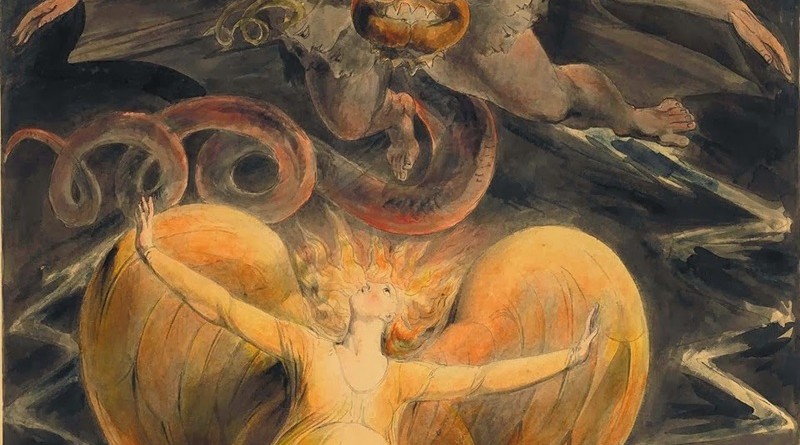 Is it possible to be enthralled by a record after hearing it for the first time, and indulge in listening to it over and over for days? Something like this must have happened to everyone at some point and, to me, it happened with "Big Red Dragon" by Sophya Baccini's Aradia.

The album is a masterpiece, but apparently it just happened to turn out like that. The concept behind the record, William Blake's paintings, was chosen by chance after opening a book which had a quote from the English artist. This ignited a musical, imaginative and emotional process that brought Sophya to craft something that cannot be described as enjoyable merely from a point of view of musical performance.

Imagine you are in a huge room, Blake's incredible paintings adorning the walls. You switch on a nearby hi-fi system and, track after track, you feel that the gap between images and music is narrowing down, is changing. It becomes more vivid, and you can make out the influences of 1970s prog rock, apocalyptic folk, gloomy blues and, at times, traits of metal and classic rock.

The many singers alternating behind the microphone interpret the lyrics in a passionate and theatrical way. It feels like Baccini and Co. have sneaked into your heads, built a stage there and taken away the entirety of your attention, in a way so complete that there is nothing else you want to do other than stretch that moment for as long as possible.

The track list features both thought-out, insightful songs such as "Love Of Hecate", "Just" and "Beatrice", as well as more direct and dark ones such as "Satan", "The Number" and "Cerberus" (you will notice also how much Italy's poet Dante Alighieri features in the songs). "Big Red Dragon" is just this: a constant twirling that leaves breathing space to the listener to unleash his imagination.

On the other hand, as Blake once said, imagination is not a state: it is the human existence itself. Each of us has the right/responsibility to shape it as we see fit. This is the only way we can have the best possible musical experience as we approach such a majestic thing.

Sophya Baccini belongs to that small group of artists gifted with unlimited talent, which Italy should look after more. With this album, Sophya made it possible for culture and accessibility to come together, thus providing a work that is of great quality but also unpretentious and down to earth. I am sure many will have bought this by now, but I would still like to recommend it to whoever appreciates true Art. Brilliant. 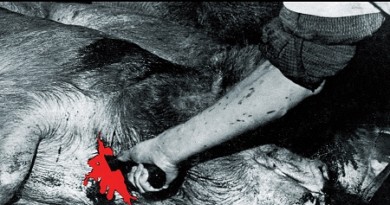 RAW POWER – You Are The Victim / God’s Course