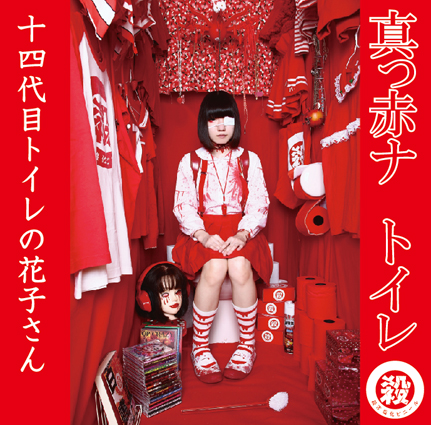 When you realize that a young nobody girl is truly able to sound heavier than extreme musicians with long careers  ̶  anybody said In Flames?  ̶  you know that something's wrong with the whole world. But honestly, we don't care about this world: everything's fine.

十四代目トイレの花子さん, which means «the fourteenth generation of Hanako-san of the toilet», is the pseudonym, coming from a metropolitan legend about a young girl's ghost that would be haunting girl's primary school toilets, used by our young Japanese idol; that character also inspires the look of the singer, with a bob haircut, pale skin and white, blood-dirty uniform with a red skirt.

Although the kind of horror appearance doesn't hide the will of being different from the inane sounds that are typical of certain environments, it's still hard to imagine what could be the subject of the disc. The main part of the songs contained in "Makka Na Toilet" («Red Bathroom», just like in its cover) are clearly inspired by extreme Hardcore which sometimes tends to Metal, characterised by aggressive but quite clean sounds and a really, really unique voice; Hanako's furious screams are such a jewel because they come from a young woman's mouth, which doesn't absolutely slow down the madness of the singer. Being an idol, it's obvious that her performance represents the core of her whole work, even when she delights us with Punk choruses and ghostly clean singing.

As I've said before, the music style is definitely related to Hardcore, but it doesn't deny some external influences: for example, "動物実験" features some Rock 'n' Roll rhythmics and gives us a fair bass solo, while the following track utilizes Industrial Metal-ish synthesizers; on the other hand, "逢願ノ唄" seems, except for its extreme ending, closer to some kind of Pop-Punk with gothic influences and, in its central section, "“釘バット" is even reminiscent of Symphonic Black Metal. The whole grotesque mood is enhanced by three one-minute-and-half long tracks that serve as intro, intermezzo and outro, marked by a childish base mixed with intentionally  ̶  I hope so  ̶  off-key vocals. And through all this chaos, we even get a classic J-Pop song with an old style sound and a macabre ballad in which the sinister voice of Hanako comes with a gloomy piano. Not to mention those fifty seconds of pure Hip-Hop/Electronic random madness. I've long ago stopped thinking about their sense(lessness): in these very occasions, I honestly give up.

The last song of the album is a remastered version of "四時四四分", originally included in the first EP, which sums up the truest essence of the project. The look of the album is also remarkable, completely characterized by the colour red, and its booklet, in which some indeed particular photos of Hanako are used as background for the lyrics.

There are certainly some production problems here and there, the drums sound quite too static and "子供の子" reveals the real Hanako's vocal weaknesses, but we're still talking about an essentially Punk disc and because of this it must also be enjoyed for its imperfections. Moreover, honestly: would you really take your anger out on a little girl who could manage to make the blackest of the pseudo-misanthropic blacksters shiver by screaming «human human die!»? 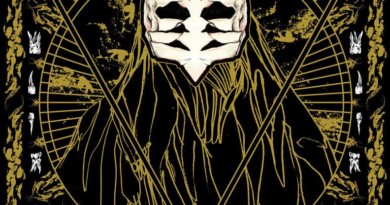 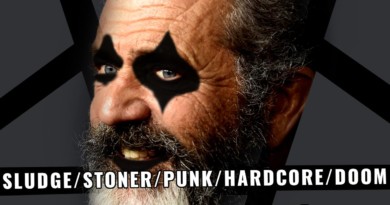