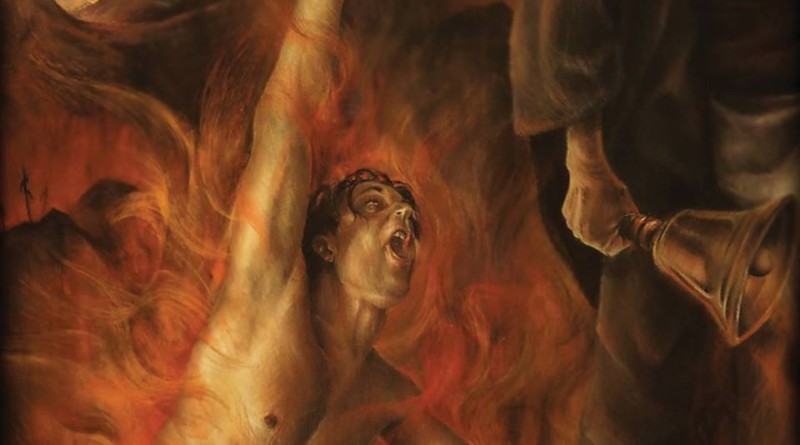 I want to start this review by coming out: Akroma have a quite serious responsibility with me, because they were one of the very first bands that made me love the melodic-symphonic side of Extreme Metal. Their debut album "Sept" was released at a time when I was starting to explore this genre and it was love at first listen; since then, my adolescence — and not only that — started to be filled with blast beats and orchestrations. So you can imagine that I could not let slip the chance to review one of their works.

The fourth release of the creature born from Alain "Bob" Germonville and Matthieu Morand is another concept album with a biblical theme, like the two before it: after the Ten Plagues of Egypt and the twelve Apostles, this time it's the turn of the book of the Apocalypse to set the scenery for these forty minutes of music. Before starting to talk about the songs, I'd like to praise the artwork made by the infernal painting by Rémi Frances in the cover art and Matthieu Morand's photos of other paintings in the booklet, one for each track, telling the journey towards the Apocalypse.

Looking at the booklet, I noticed an interesting detail: the lyrics are for the first time in English, instead of the French used in the other albums. Unfortunately, I have to point out some linguistic inaccuracies both in terms of grammar and pronunciation; they're not mistakes of the unforgivable kind, however they shouldn't be made when dealing with an ambitious concept that must be presented in the best possible way. This flaw aside, it's mainly Germonville's ear-piercing scream that tells the apocalyptic events, sometimes changing towards a lower pitched style or even turning into a not-too-grave growl. The other vocal presence is offered by Laura Kimpe, who makes an appearance in each song singing in Latin with her soprano voice.

Akroma's music has remained almost unchanged in its essence: the perfectly balanced mix of Black, Progressive and Symphonic Metal that has always characterized the French band in some way evolved, keeping unaltered its own identity. Melodic tremolo riffs alternating with more complex ones, blast beats which often leave room to odd tempos and fundamental yet not overly present orchestrations: this is essentially what the combo plays with a strong personality that comes from both the vocalist's performance and the compositions which have a very distinctive style.

The simpler and more easy-listening attitude of the first album has been lost over time, yet "Apocalypse" is able to catch the listener's attention, requiring a bit more than a thoughtless listening. The songs are dynamic, maybe not as diversified as in the previous works, but they're still able to make use of elements such as organ parts — inevitable with this kind of themes — or Thrash-inspired passages that make the listening easier; on some occasions we can hear melodies which sound quite theatrical or even circus-like, while the orchestrations give a religious aura through choirs and symphonic instruments. The not excessive diversification of the tracks is probably due to the will of making an album that has to be listened in its entirety, and in this way it actually works at its best: the single songs do not have that many particularities, because each one is affected by the previous one and is narratively linked to the next one. This feature is more evident when reading the lyrics in the booklet while listening to the songs: Germonville and the music behind him make a great work in expressing what is written in words, getting at its peak right at the very epic and dramatic ending.

The performance of the musicians is generally good. Even if the vocals are often at the center of attention, the orchestrations and especially the guitar have their own moments: the former by giving a tragic and solemn atmosphere without overdoing, even if they're almost ever-present; the latter for the quantity, the quality and the peculiarity of its riffs joining the melodic Black world with the Prog one without sounding trite, although someone may have wanted the solos of the first two albums. The rhythm section makes a good job too: the bass is audible and in some parts it also gets the attention of the listener, while at the drums we have a well-known musician, Dirk Verbeuren, which follows-rules the complex movements of the music. Finally, the guest Shuguang Li contributes with his piano giving a bit of breathing space before the final rush of the last track.

Ultimately, "Apocalypse" is a very well-made album, with some small flaws that anyway can't really ruin it. Honestly, I believe that this album will be appreciated by a quite restricted group of listeners, due to stylistic choices — so not because of actual problems — which put together won't appeal to the Metal masses. Even so, if the idea of mixing Prog and Symphonic Black Metal sounds interesting to you, I'd recommend you to listen to Akroma's music. 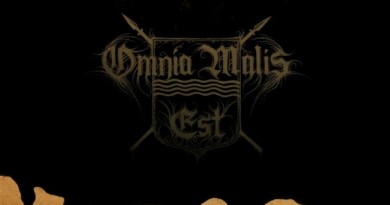 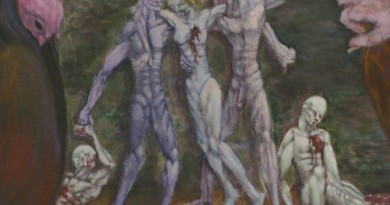