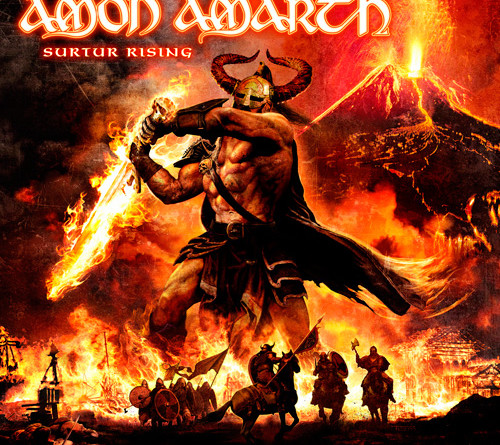 2011 was the year that saw the release of the Swedish act Amon Amarth. After their acclaimed "Twilight Of The Thunder God" they came back with "Surtur Rising", let's see what they had in store for us this time.

Dope Fiend: All the main features that have characterized the band in the past show up once again, although the melodic component has been strengthened and further separated from the death-oriented bits. The opening "War Of The Gods" is classic Amon Amarth, where the power of the rhythm comes together with an effective riffing work.

Mourning: Well, probably if we had been talking about a debut album I would have agreed. However, I am wondering where has all the rage gone, where is the fast-paced rush we saw on "Twilight Of The Thunder God"! There is too much sweet melody here, too many riffs that keep on sounding too similar to their past ones, suffering from a lack of grit. We are not close to the average "Fate Of Norns", it is not a disappointing release, but are they maybe resting on their laurels?

Dope Fiend: I partly agree, as some sections definitely sound a bit too pleasant, like the melodies in "The Last Stand Of Frej" and "For Victory Or Death", that come out as too cheesy for their standards. However, I disagree on the lack of rage and drive: even a "softer" track such as "Töck's Taunt – Loke's Treachery Part II" manages to deliver a good amount of power. Still, we can't say that "Surtur Rising" is close to their previous release in terms of overall quality, but I believe it is a tad too early to say that the band fell into self-complacency.

Mourning: Perhaps it is as you say, but the boredom I have experienced while listening to "Töck's Taunt – Loke's Treachery Part II" and the doomish "The Last Stand Of Frej" and "Doom Over Dead Man" can lead you to not want to listen to this record anymore. In addition, I don't see why they kept using some composition schemes that had already proved uneffective in "With Oden On Our Side", including one of their worst tracks: "Under The Northern Star". This time, alternating the bone-cracking fast-paced songs to the mid-tempos didn't really work well throughout the whole album, featuring only one real stand-out track in "Live Without Regrets". Were the huge crowds they have experienced over their last tour too much for them? This record is soft, the production is even cleaner and got rid of that slight feeling of rawness we could sense in their previous effort, apart from the three or four main songs. What would you say, is this a glass half empty or half full?

Dope Fiend: Quite a harsh point of view, but definitely clear. I agree with you regarding the production, as it is a tad too soft and tends to hinder the impact this album could have had otherwise. I would like to make a comparison though: let's take "Destroyer Of The Universe" and "Doom Over Dead Man". The former clearly features a Swedish death metal vibe à la Unleashed, while the latter has a more regular structure that struggles a little bit. However, one thing is for sure: the band's trademarks are evident in both songs, although we are talking about two different sides of the same coin. For this reason I believe that their personality didn't go on holiday, and that they have deliberately tried to change their formula instead.

Mourning: I actually think that their formula is still pretty much the same, the only thing that changed is the size of their wallets. The melodies heard on "For Victory Or Death" are at times even too accessible even for their usual standards. This time, they seem to have given up the iron gauntlet for a silk one; this despite the overall structure and the evident Amon Amarth trademark. Can we still see hints of the majesty and massiveness we saw on their first four albums? Does this record have the explosive features that were there on their previous work? My answer to both questions is no. Nevertheless, this is still an above-average release when compared to the current melodic death metal scene, which is experiencing a constant decline.

Dope Fiend: Yes, they got softer. Yes, they have added some cheesy bits here and there (I will never digest "For Victory Or Death"). Still, I believe that many songs hold some potential that hasn't been fully expressed, and I am thinking of "Slaves Of Fear", the aforementioned "Destroyer Of The Universe" and "Wrath Of The Norseman". This album is part of a solid discography anyway, although I wish they manage to find a way to get back to smashing everything as they used to. However, they might be able to work out a better balance between their past and this "new" direction, which I still think might have something to add to their music.

Mourning: Ok, we have talked way too much, what are our conclusions?

Dope Fiend: I would say that a false step like this in a career like theirs was to be expected. Putting aside pointless fanboyism, it is clear that this record is not a masterpiece, but it is not extremely bad either. We will just have to wait to see what the future holds for them, in the meantime I will keep on enjoying "Surtur Rising" between "Versus The World" and "Twilight Of The Thunder God"!

Mourning: I agree, I will still listen to "Surtur Rising" every once in a while as I have always enjoyed the Swedish band's music, but I will be expecting something more from a band with such a career. Amon Amarth are always a guarantee for better or worse. 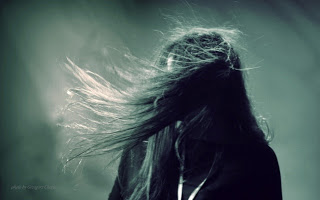