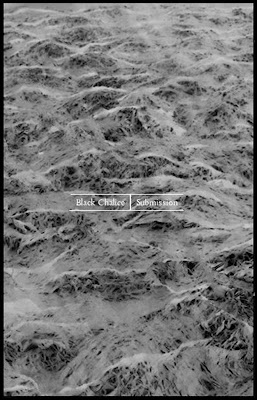 Black Chalice, a young one man band led by Patrick A. Hasson, comes to us from Portland, Maine. The creativity of the multi-instrumentalist is in constant turmoil, as proven by the three demos and the full-lenght that have been released in the two years since the foundation of the band. This review deals with the latest demo, "Submission", originally self-released in digital form only. Later, Contaminated Tones Productions has also released a first edition in tape — limited to fifty copies and now sold out — and a reissue — again in tape — limited to one hundred and five copies and containing a previously unreleased track.

The opener — "Deluge" — is a four minutes long intro made up of caressing and beautiful clean melodies, a small appetizer that sets the stage for the entrance of "Regret" and "Cornea". The sound recreates oppressive and melancholic images of desolation, that stand between desperate atmospheres and layers of guitars, mainly inspired to the Death/Doom from the early nineties. A mushy and cavernous growl serves as a counterpoint for the funereal and distressing melodies, expressing all the existential despair that flows inside Black Chalice. The feelings conveyed are dark, contrite and filled with a neverending "mal de vivre".

"Submission" and "Wain" (the unreleased song), on the other hand, contain mostly delicate and graceful movements, also enhanced by the touching and evocative Hasson's clean vocals. We may see short glimmers of light, but there's no hope at all in Black Chalice's universe: these soft rays of light are in fact overwhelmed by a gloomy blanket that swamps us completely, a blanket made of slow, heavy and sprawling Doom litanies.

The fantastic weaves laid out with the excellent guitar work should be mentioned; the guitars manage to produce a very balanced mix of both melancolic melodies and very rough riffs. The structure of the songs is not particularly varied, but they possess a strong empathic ability, and the tormented visions they evoke will definitely leave their mark on you.

"Submission" is a genuine, vibrant, black and disillusioned work: a release that can surely arouse interest among the fans of Death-Doom. Welcome to Black Chalice's dark world! 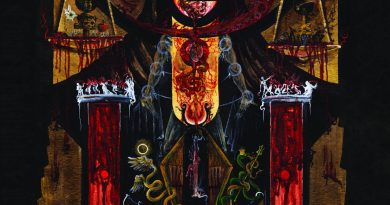 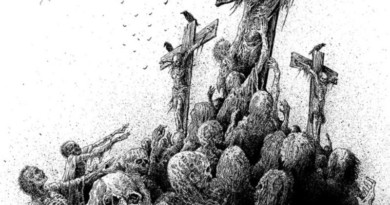 TODERLEBEND – In Stench We Rot