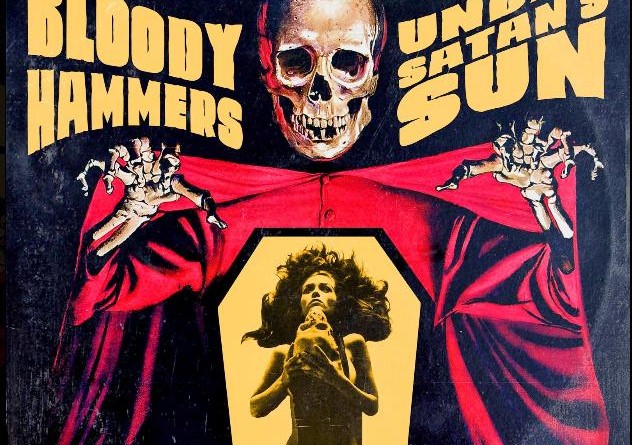 There are remote places in dusty, continental America, placid little towns where very little happens during daytime, but when the sun goes to sleep then horror awakes, and nightmare is unleashed. Nights are spent awash in terror, waiting for the much-longed sunrise to rid us of the nocturnal angst.

This is the realm pictured in the ten tracks of "Under Satan's Sun", the fourth album by Bloody Hammers, Anders Manga's gothic-horror-rock venture. The US composer has been working on Bloody Hammers since 1999, on top of his well-versed career as a solo artist. Following three albums produced by Sacrificial and Soulseller Records, the band was contracted by Napalm Records (Candlemass, Grave Digger, Moonspell), which produced the latest "Under Satan's Sun".

The record represents a stage further in the evolution of the Bloody Hammers trademark sound. Elements that were visible in previous works, such as "Spiritual Relics" (2013) or "Bloody Hammers" (2012), here reach their full development: the slow intros, gloomy atmospheres and claustrophobic guitar riffs that pay tribute to the best Sabbath tradition (see "The Transit Begins" on "Spiritual", a strong evolutionary track).

The down-tuned guitar riff in the opening track, "The Town That Dreaded Sundown", is a solid introduction to a record that, while not presenting anything categorically new, delivers a whole, mature and engaging work. Four decades after the release of "Black Sabbath" (1970), "Under…" shows that the essence of the Sabbath sound – so simple, no-nonsense yet so effective – can still be used to build new material, crafting new nightmares. That may be due to the fact that, strictly speaking, nightmares happen to be always current, and angst is timeless.

The arrangements on "Spearfinger" merge well with the singing and the backing vocals, in particular. "The Moon Eyed People" and "Second Coming" lead the listener deeper through the alleyways of this cursed town, where people lock themselves in when the night draws near, praying for the morning lights to save them from the horror – be it real or psychological. This can be seen in the lyrics, with Manga singing: "I'll be watching you inside your horror show".

The second half of the album loses some strength compared with the initial, very enjoyable tracks. Ideas seem to fade slightly towards the end, the last songs delivering less of a bite. "Dead Man’s Shadow On The Wall" stands out in this part of the album.

Besides Black Sabbath, Alice Cooper's theatrical gore appears to be a key inspiration. The artwork, the lyrics, the ideas are reminiscent of that. In terms of sound, "Under Satan's Sun" would fit perfectly as soundtrack to the adventures of Italy's best-known "nightmare investigator", Dylan Dog – if ever a comic book could have a music theme.

As in "Dylan Dog", the one message that the record tries to deliver is as true as it is unpopular, like truths tend to be. Evil is not out there. We are the real fiends. 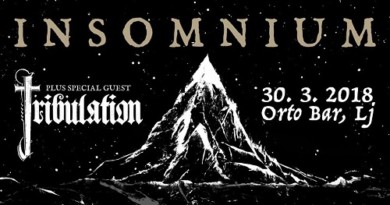