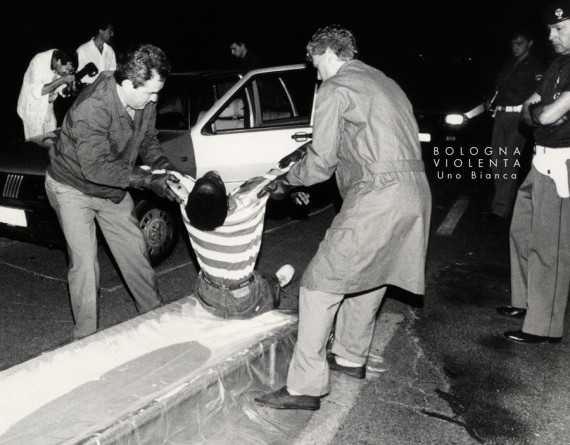 Not many years after "Utopie E Piccole Soddisfazioni", Nicola Manzan comes back to abuse our speakers with the fourth album by Bologna Violenta, a project started almost for fun and that went on to establish itself as one the most peculiar and uncompromising names of Italian grindcore. This is not a quiet comeback, it is more like a carefully constructed explosive device, destined to be a part of many discussions in the next few months. Forget about the grotesque irony that characterized the first albums and the autobiographical themes of "Utopie", get ready to be entrenched in the bloody events ignited by the Uno Bianca Gang (that also gave the title to the album), led by the dangerous Savi brothers.

This full-fledged concept album is not an attempt at celebrating the events, it actually tries to remember a wound still open for many of the people involved either directly or indirectly. Also, we shouldn't forget that five out of six members of the gang were part of the police at the time.

Nicola Manzan's attempt at narrating a series of events from those years through music is brave, the burden is huge to say the least (more than a hundred robberies at supermarkets, service areas and so on, twentyfour people were killed and countless were wounded over that span). With the help of the booklet – which includes a guide to the events narrated in the album – we experience twenty-seven tragic days through the eclectic mixture of genres proposed by the musician from Veneto.

The tracks are extremely brief as usual, loads of wild grindcore accompanied by majestic violin patterns like we had never heard before in a Bologna Violenta album. Of course there is no lack of drum machine – which destroys any speed limit on its way – nor of the noise elements that have always characterized the project. The sound stratification is huge and at times it feels like we're listening to an orchestra, there are many external elements that contribute to enriching the depth and thickness of the music, like funeral bells that basically ring throughout the entire length of this work.

Although it is clear from the start that Manzan's musical algorithm hasn't changed, the biggest step forward in terms of quality on this album is in the empathy and the emotional involvement that emerges between the musician and the listener. Extreme pathos can be felt through the many different parts of the disc, from the first robbery in Pesaro to the suicide of Giuliano Savi – the last victim and father of the three criminal brothers – who, disrupted by shame, kills himself by ingesting medicines in the same car his sons used to unleash mayhem around the region.

With "Uno Bianca" Bologna Violenta got rid of its usual carnival mask and takes its art closer to history. The risk of delivering a trivial rendition of the events, without being able to convey the blood and pain behind them, turned out to be its greatest strength, once we exorcize fear and analyze the real value of this work. 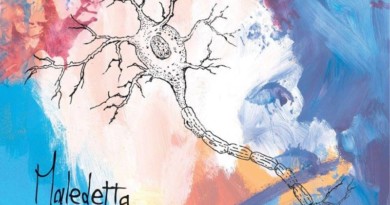