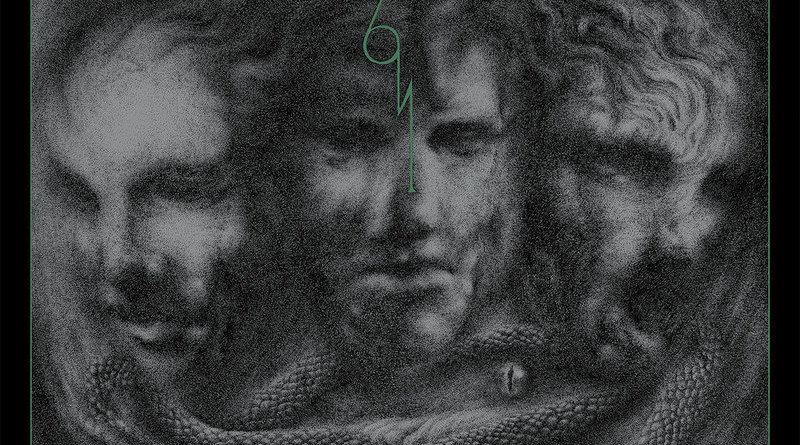 Corpse Garden are no longer a surprise: with the release of their second album "Entheogen", the quintet from Costa Rica  made it clear they know their game and they have their own idea of how to play dark and labyrinthine death metal. After that pleasant discovery I found myself with their third release "IAO 269" in my hands and yes, this is one of those cases in which the third album corresponds with a coming of age and a higher level performance.

I defined the previous album's music as difficult and pervaded by a morbid psychedelic-ritual feeling. Now it emphasizes both the all but simplistic brutal choices and the often dissonant stylistic mix, among liturgical black metal and a more acid post-metal aura. This refined component gives a disruptive and disturbing effect to the release in the most accelerated and fierce passages, as much as alienating in those in which the sound takes more dilated, indolent and acrimonious connotations, thus giving life to an imperishable invocation-evocation formula.

I cannot dissect the nearly fifty-two minutes of duration expressing a judgment on each individual track: I believe "IAO 269" is an album of extreme and irascible death metal dominated by its atmospheric nature and that should be listened to in a single run while reading the lyrics, in such a way as to bring you further into a limbic scenery erected piece by piece. Reading and listening to this album could push you to search for the meaning, or meanings, of the iconography, numbers and quotes (among the many impressed in the booklet there is one from "Liber Al Vel Legis" by Aleister Crowley) used by the band.

Corpse Garden are not suitable for the masses and are detached from all that is considered as easily listenable. If you have been in tune with "Entheogen" in the past, you will approach "IAO 269" and, in the long run, you will find within it a gratifying form of satisfaction. If, on the other hand, with the previous album, the Costa Rican band had proved to be indigestible, just as it could happen with the even more lascivious and diabolical aura that marks the pace of this new test, it would probably be better to avoid listening to it.