CRADLE OF FILTH – Cryptoriana – The Seductiveness Of The Decay 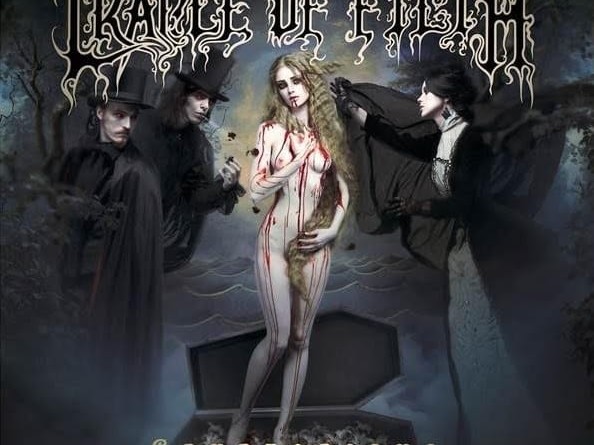 Could your dear Vlakorados avoid talking about the new Cradle of Filth album? The answer, of course, is «nope». You are lucky: I avoided the "Dusk… And Her Embrace" original recordings, but  this time you can't run away.

With a title like "Cryptoriana – The Seductiveness Of Decay" (inspired by the passion for the Victorian era horror) and a grotesque cover to put it mildly, our British heroes return to the limelight in a rather unusual way (at least for them). No line-up change since the previous album: an unexpected novelty that, in fact, does not bring any actual novelty. It is therefore safe to expect this last work will continue in the wake of "Hammer Of The Witches", consolidating the style shown before.

The feeling that Allender's (second) departure was one of the most positive events in the band's recent career is confirmed: if two years ago the guitars appeared to be reborn compared to the half-disaster of "The Manticore And Other Horrors", in "Cryptoriana" they seem more convincing, showing off a wide range of styles combined in a totally relaxed way. Typical Black Metal tremolo pickings, evident tributes to the Maidens, the aggressiveness of Thrash Metal, vague hints of Death, even slowdowns prone to Doom in "Death And The Maiden" and acoustic guitars in a couple of tracks: basically all the things Allender could (and should) have done instead of digging the grave to the group. Even the solos are well made: sometimes melodic, others more cacophonous (without exceeding), but always demonstrating the excellent collaboration between the two axes, which still manage to leave the due spaces to Daniel Firth’s bass, often present even in the most agitated parts.

Even the drums of the now veteran Marthus have never been so comfortable in the band as in "Cryptoriana": the outbursts of "Achingly Beautiful" are not even comparable to the plastic malice of "Manticore"; actually, the performance of the musician is absolutely over the top variegated, but without sacrificing the ferocity, characterized by a noteworthy dynamism, which allows the album to make a remarkable leap of quality compared to its predecessors. I don’t understand the reason why the same Marthus has also dealt with the keyboards, although there is a keyboardist like Lindsay Schoolcraft in formation; however, no harm done: again, his contribution is pleasant, very dosed with respect to the importance that this instrument had in the past, yet effective in transmitting the drama and elegance of the album. The success of the most intense moments of "Wester Vespertine" is above all his merit.

We come to the vocal compartment, in which we can see the participation of Schoolcraft as the main support to the leader; skillful both in the theatrically malevolent spoken words and in the real singing in accompaniment (like every maiden who has held this role in the past), recalling Sarah Jezebel Deva in the voice tones, without making us regret her. Besides her, "Cryptoriana" can enjoy the return of Liv Kristine (who does not have nostalgia for "Nymphetamine"?) in "Vengeful Spirit" and the Choir Of The Damned that already from the single "Heartbreak And Seance" made their relevance within the work clear.

As far as Dani Filth is concerned, his performance is probably the best in the last few years: not only because it almost seems to have come back to at least fifteen years — albeit with a bit of fatigue — on the finale of "You Will Know The Lion By His Claw", but above all considering how he totally mastered his new vocality, full of nuances drawn from the past and the present of the singer. Between an acid scream that seems androgynous at times, some squeak to which we should be accustomed, a more clean but still harsh style and more or less monstrous cries, Mr. Filth is another strength of the album. It is useless to emphasize how the lyrics are — as usual — well written and of a certain effect, thanks to Dani's excellent interpretation.

The album is a success especially for the perfect balance of the various components in play: the teamwork of the six members ensures the group can churn out more than six minutes long tracks that remain effective throughout their duration; the mixture of catchiness — I'm humming "Achingly Beautiful" and "Vengeful Spirit" daily — and aggressiveness with Gothic shades sounds more effective than it was in the last period. The album is further embellished by two bonus tracks: the pleasant and most immediate "The Night At Catafalque Manor" and a cover of Annihilator's "Alison Hell", perhaps the only episode actually negligible, as sympathetic it can be.

"Cryptoriana" is a Cradle of Filth work in all and for all, strong of the unmistakable identity that has always been the pleasure and pain of the English group, rich in melodies and indisputably Filthian themes and atmosphere. Precisely for this reason — for the umpteenth time — Dani and the others will certainly not be able to change their minds to their detractors; on the other hand, such a record should strengthen the opinion — supported by the undersigned — the band still has much to say, although vampires and the like have not been in fashion for at least fifteen years. 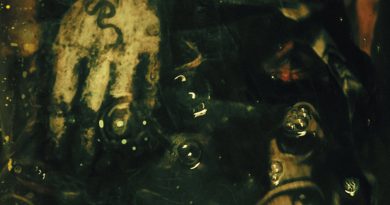 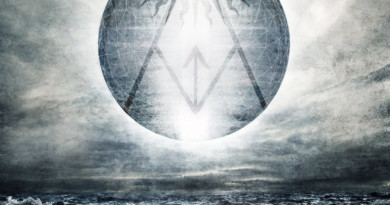 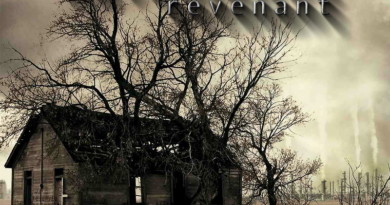