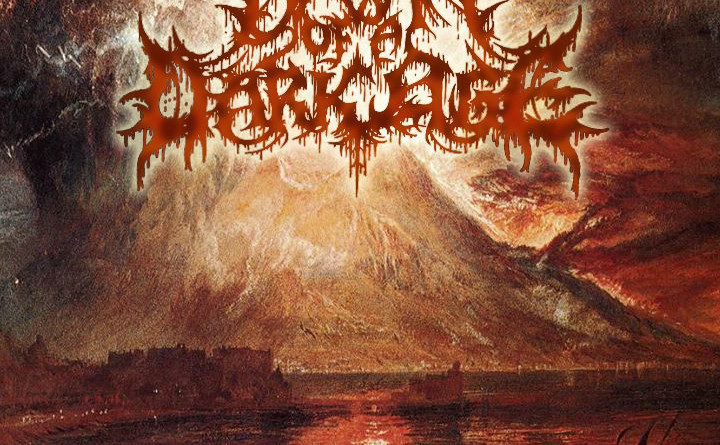 Just a few months ago I have stumbled upon the second chapter (of six) in the ambitious Dawn Of A Dark Age's saga, the one dedicated to water. It is already time for its follow-up, punctually released after the usual self-imposed six months: "The Six Elements, Vol. 3 FIRE".

Deus ex machina Vittorio Sabelli proceeds on his musical journey, experimenting new contaminations and alchemies. Just as in Heraclitus' famous river — where you couldn't bathe in the same water twice —the unfathomable and perpetually changing flow we discovered on the previous release, here moves towards yet another fusion between different aspects of Sabelli's palette. Extreme metal (especially black), jazz elements, a little bit of folklore, and melodies all get together in harmony and not in order to generate a fierce conflict. The six tracks burn with passion: on one hand we can feel the artist's —and the people that worked with him on this album, seven more musicians — excitement in playing with styles so different from one another; on the other hand there is an often tragic pathos emerging from the record with its intense narrations, as it is evident in "Pompei (Vesuvio's Waltz)", hinting at the ruthless eruption that hit the city in 79 AD, highlighted by the touching string section (viola, cello, and double bass).

The result of this transformation in the approach is a more easily assimilated thirty-six minutes of music, where ideas and concepts are all devoted to the cause of the whole song and not to a mere ephemeral instant. The compound appears more stable, traveling on tracks that are apparently less experimental, although not too close to traditional song structures. For example, the jazz scores are not dissonant anymore, and in "Winter Solstice" they feel more like controlled chaos, while the sax and piano on "Homecoming" paint a moving atmosphere.

It will not come off as a surprise that production has changed as well, striding further away from classic black metal, towards a more epic sound that highlights the bass. Unfortunately, the drum machine seems to lose something in the faster-paced bits, as it often happens giving away its artificial nature. Nevertheless, this is a minor flaw that can easily be overlooked, considering the overall quality of this work.

As for vocals, Raato's performance (also part Graveborne) is better and more focused than the previous singer Burian. His interpretation is real, also dynamic in the metric imposed to the screaming, effectively adapting to the instrumental work; he easily moves from the fierce passages of "Enonga's Bells 1566 A.D." to the heroic feelings of "Pompei (Vesuvio's Waltz)", and again to the whispers of "Winter Solstice". Although he didn't do anything exceptional, this performance was clearly better than the average static screamers usually heard in black metal.

In conceptual and lyrical terms, there are many references to mediterranean cultural heritage and folklore, as in the case of "Enonga's Bells 1566 A.D.". The inspiration came from an inscription found on the bells of Roio Del Sangro (Chieti), done by Nicolaus De Capracotta around the half of the sixteenth century. The artwork is the marvellous 1817 painting by William Turner "Mount Vesuvius In Eruption", and it just speaks for itself providing the perfect final touch to "The Six Elements, Vol. 3 FIRE".

If there is one thing that I still get really excited about after so many years of nonprofessional journalism, it is the chance to closely follow the evolutions and the changes of a given band. With Dawn Of A Dark Age I have discovered a genuine expression of passion, all-around skill, a fair ambition, and we are only halfway through the elemental epic! Quick, run and get your hands on one of the sixty-six printed copies! 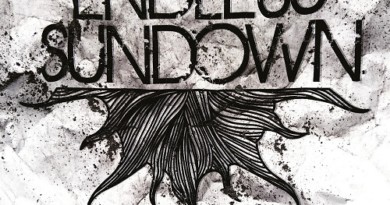 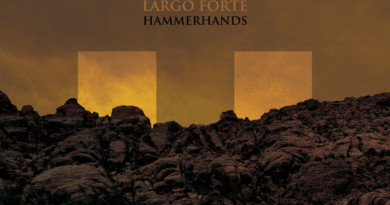