ECNEPHIAS – The Sad Wonder Of The Sun 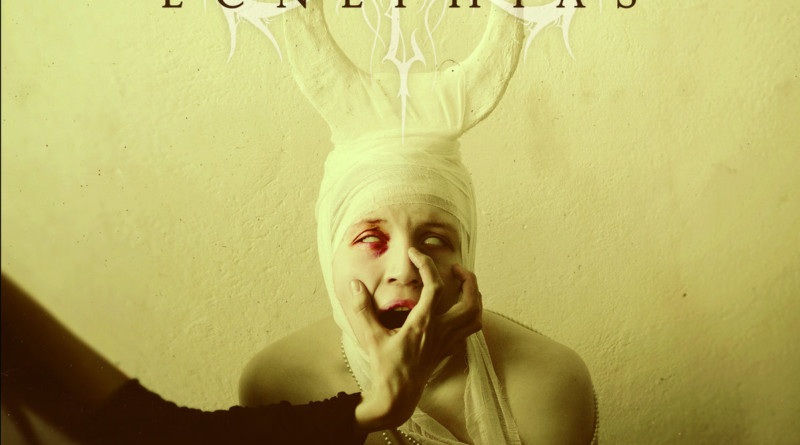 Reviews
19 September 2017 Vlakorados 629 Views 2017, Ecnephias, My Kingdom Music
Two years after the publication of their eponymous album, "Dominium Noctis", the Italian project Ecnephias released its sixth record, "The Sad Wonder Of Sun", through My Kingdom Music: one small step for the band, one giant leap for their career.
As their self-titled release made clear that the band nowadays has a quite personal idea of its music, this new album — being still strongly linked to the Gothic-Dark panorama — takes further this very same concept; this dark mood acts as foundation, in contrast with some typical Mediterranean brightness, dry and torrid. Sicarius Inferni's contributions are emblematic of this dichotomy, with his keyboards alternating from being mysterious and close to Darkwave, to being warm and arid as the wind blowing on a land parched by the Sun. As much representative is the lead singer Mancan's performance, split into two complementary halves: in this case, however, both growl and clean vocals are clearly reminiscent of both the dark and the Mediterranean influences, allowing so the sole Sicarius to balance this mix — or not.
Nonetheless it's the whole band that works in the best possible way, this time. The collaboration between every single instrument leads to different paths, ranging from various areas of Rock and Metal. Nikko and Mancan's guitar riffing keeps on changing and evolving, passing from magic acoustic moments to energetic, electric ones in "Quimbanda"; from using some interesting effects in "Povo De Santo" to delivering many melodic, Heavy Metal reminishent solos, getting even Reggae in "Nouvelle Orleans". This very song, together with "Gitana" and "A Stranger", allows the listener to appreciate the most the work of the new entry, the bass player Khorne, capable of giving his best during the more relaxed moments, often interlaced to acoustic guitars. Moreover, the drummer Demil does exactly what his job demands: supporting his fellow band members with rhythms, each one appropriate to the different context, proving his skills as he knows how to make his drumming always different and interesting, though most of the patterns are not that complex; worth noticing, for example, is the way he plays exactly in between the two faces of "Nouvelle Orleans".
The real strength of "The Sad Wonder Of The Sun" — which already emerged from their previous album, although not so heavily — is its being so easily listenable; so very easily that it might even sound Pop: the choruses are so incisive that I've really found myself singing "Gitana", "Povo De Santo" and "Quimanda", whereas "You" appeared to be the most successful song, with its complex mood; this must not seen as a problem, for each track is so well-shaped, detailed and full of aspects that they need to be listened more than once to be fully understood. Even the electronic influence shows itself shaped like Pop, as in the percussions of the wonderful "Sad Summer Night", maybe one of the very best examples created by Ecnephias' music; moreover, there are some EDM hints really worth of attention in "Maldiluna" and, although to a less extent, in "Quimbanda".
Lyrics are mostly in English with some lines in Italian and resemble those previously written. The album features some adaptations of writings from Aleister Crowley ("Gitana" and "The Lamp") and Fernando Pessoa ("A Stranger"), while instead "Povo De Santo" and "Quimbanda" dig out from under Afro-Brazilian esoteric culture. Furthermore, Mancan's lyrics — who twice sings together with Raffaella "La Janara" Cangero — deal with occultism and darkness, but also with some references to female universe: these are all elements once can easily observe also in the music itself.
"The Sad Wonder Of The Sun" proves Ecnephias to be one of the most convincing Italian metal projects: band's identity grows stronger with each record they release, perfecting themselves, improving and evolving ceaselessly; increasingly distant from the «Italian Moonspell» definition I've read more than once, Mancan and his fellows manage to shine by their own light, without denying their own influences. Brilliant!
Facebook Comments 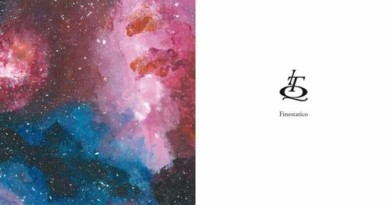 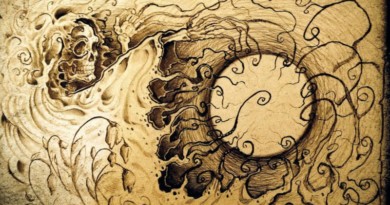