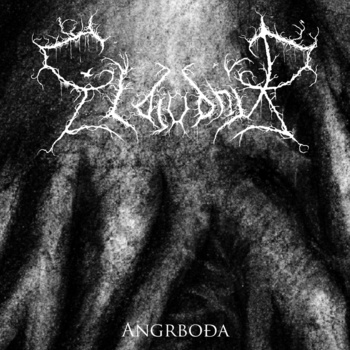 About ten years have passed since the foundation of Eldjudnir, a Danish black metal project inspired by the never too explored Norse mythology and named after the house of Hel, the entity who reigns over the realm of the dead. Eldjudnir are also known for the hooded "Sunn-O)))-like" attires they wear for live performances, trying to make their shows somewhat more solemn.

After the two EPs "Ragnarok" and "Ginnungagab" (focused on the themes they are named after, both written in Danish), the combo finally endeavored in producing a full-length. "Angrboða" was initially released online and as a cassette in August 2012, but here we are talking about the digipak version published by Pest Productions in March 2014, with a better production and a distribution that finally does justice to the band's quality.

According to tradition, Angrboða is Loki's partner, and with him she gives birth to the three most feared creatures in Norse mythology: Jörmundgandr, Hel, and Fenris. The five tracks are all named after Asgard's enemies (apart from the fourth song "Bundinn") and quote passages from Snorri Sturluson's "Gylfaginning" in old Icelandic. Compared to the already positive EPs, here we are confronted with a more confident band and, generally speaking, a better result.

This record offers a good deal of variety, there is pretty much everything one could expect from a non-experimental black metal album, and especially a serious approach to the content. After the almost catchy opener, "Jörmundgandr" creeps its way towards us just like the giant serpent, accompanying his strikes with raw black metal assaults. "Hel" has a solemn pace, while "Bundinn" almost ritually creates the atmosphere to welcome the total destruction brought by "Fenris".

If one thinks about the dozens of bands inspired by Norse mythology, the concept behind Eldjudnir is unexpectedly interesting, the main reason being the attentiveness dedicated to the subject matter. Thanks to this new release, we can finally have chance to enjoy an album that went almost unnoticed in 2012. Recommended. 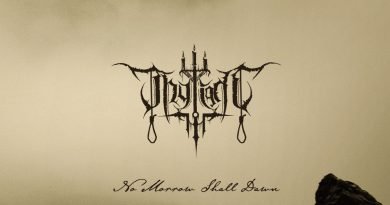