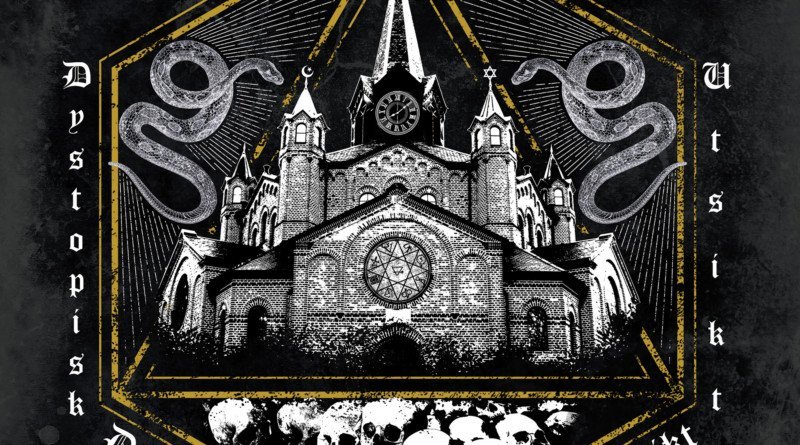 If you live somewhere around Europe — but perhaps also if you are elsewhere in the world — you probably know that on September 9 elections are going to be held in Sweden and that, as usual, there is a growing nationalist party, while the so-called moderate parties appear to be losing their charm against this mirror-image of themselves. And yet, also in Sweden there is a huge social bloc that strives to break this apparent dichotomy between the two faces of the Capital, refuting conservatives, nationalists, religious hierarchies, cheaters and so on.

Fredag den 13:e have been around for more than a decade now, and have already become a staple in the lively Gothenburg hardcore-crust scene. Dystopisk Utsikt (“Dystopic Vision”) is their fourth album, once again released with the French label Deviance, and with the support of a handful of other partners (including the Italian Epidemic Records).

The cover sets things straight from the start: the world represented by this humongous church is a bearer of death and is the exact opposite of what the quintet would like to see. I won’t proceed with an unlikely analysis of the lyrics, as Swedish isn’t exactly my first language, but I will try and highlight some of the main themes. In “Plågad Av Ljuset” (“Plagued By Light”), the light preached by religious orders becomes evil; of course they have something in store about consumerism as well in “Sälj Mig Lycka” (“Sell Me Happiness”), and each song is a fiery attack against the many faces of the exploitation operated by the powerful few. About thirty-four minutes of social rage which you might probably need as well.

As for music, it is… well, hardcore-crust of perfectly suitable Swedish flavor (people who have clearly listened to lots of Wolfbrigade, just to give out a name), so do not expect delicate arpeggioes or elegant atmospheres. I would say my favorite song on here is “Arbete Ger Frihet” (I don’t think we need a translation in this case) with its whirling pace and the piercing shrieks coming from who knows horror and doesn’t want it to happen again.

Over these weeks, Fredag den 13:e are taking their dystopic vision around Europe, appearing for example at the Paranoya Festival in Dresden. As I write, we don’t know the political future of Sweden yet, but what’s sure is that Fredag den 13:e will stand firmly and loyally on the same side. 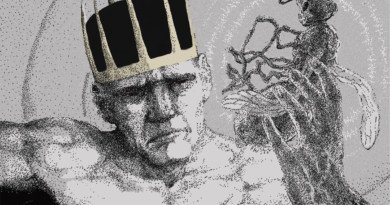 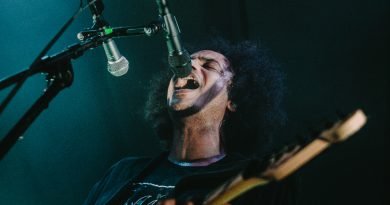