The oceanic post-metal debut by Juseph

Let’s be honest, Portugal isn’t exactly one of the most represented countries here on Aristocrazia, despite having produced some interesting things over the last decade or so (such as Soundscapism Inc. or A Dream Of Poe). Today we can finally welcome Juseph, one of the projects which have emerged in this span, covering a relevant gap in the unexplored Portuguese scene: atmospheric post-metal.

This band, hailing from Vale de Cambra, started its activities in 2010 and released the fair debut EP Novae in 2013, with the usual four-piece lineup: Leandro Sousa Bastos and Pedro Simões on guitars, Pedro Bastos on bass, and Marcos Martins on the drums. After several live-show tours in Portugal and beyond, in 2015 Juseph welcomed the third guitarist Rafael Soares (occasionally also taking up synth duties) and began working on Óreida in 2016. Little by little, they struck cooperations with the three labels that will eventually release the album in February 2019 in a spectacular vinyl version (the cover artwork was made by Rute Mata João and guitarist Sousa Bastos).

What we have here is a definitely more mature and stratified LP, compared to their previous work. If we wanted to make a comparison, Óreida brought to my mind another record released by WOOAAARGH, namely the latest album by the Spanish act Marasme. However, if in that case we were dealing with a more torrid and Mediterranean sound, Juseph already with “Heavy Sea” give us a more abyssal perspective towards the sea, I would say oceanic. The quintet have thoroughly studied staples of this genre such as Isis and Pelican, and have internalized their sound, working carefully on atmospheres and on the interaction between the three guitars (an aspect that for example emerges in “Laki”). The discovery of the immensity of nature and of the flow that connects everything is also represented in the official video of “Great Isaac”, with water at the core of Juseph‘s universe both musically and visually. In short the Portuguese band came up with a debut that I won’t define solid specifically because of its fluid nature, the heaviness of which is that of waves and whales. Óreida is an album to keep in mind, if you’re looking for some new names in a 2019 that has seen some great comebacks and confirmations in the post-metal universe.

P.S.: Up to a dozen years ago I wouldn’t have thought that the world of post-metal (and post-rock in general) could have become so long-lasting, or that it would have reached so many unexplored places. On a similar topic, I also recommend you read this special about the period that brought me closer to this phase of its development around the mid-’10s. 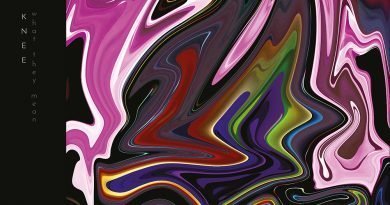 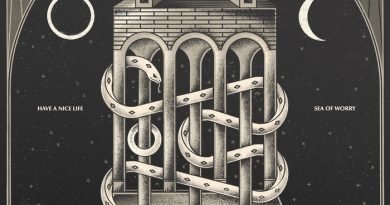