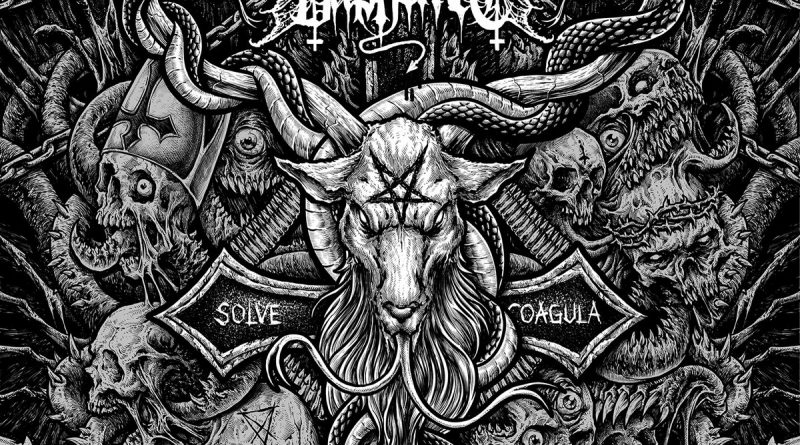 The absence of any biographical details online or of any other facts concerning the intentions behind this project makes it difficult for me to tell you something about Kommando Baphomet. The clues given by the Portuguese band are very few, as much as they do their dirty work in framing their musical proposal, which seems to be more important to them than really telling us something. Black and white cover, goats and pentacles, long hair, leather jackets and bullet belts. Yes, Blood Gospels Of Satanic Inquisition is one of those albums you already know how it sounds before you even put it in the player: the two members N (guitars and voice) and Vulturius (drums and voice) aim at a certain niche, the war metal one, knowing damn well that its audience will not struggle to connect the dots and welcome Kommando Baphomet‘s debut in their collections.

In fact, Blood Gospels Of Satanic Inquisition does not contain any surprise in itself: a furious concentration of black and death metal without many frills, where the chilling screams mix with sulphurous phrasing to recreate the environment of a hellish circle. The tracks are short and direct thought to get to the point in the most lashing way possible, perhaps not really rich in the riff department but with enough ideas to stand alone. The black/death of the Portuguese is not completely devoted to speed, but dedicates a fair part of the minutes to mid-tempos, this is made clear from the opening passage “Blood Bible” or from the terrifying “A Thousand Coprses”. Kommando Baphomet‘s point is to commit the crime without worrying so much about leaving traces of blood and guts everywhere, and in this they show a certain self-confidence even though they are not yet at the peak of their stylistic maturity, a condition explicitly expressed by two strong tracks as “Chaos Devorador” or “Impious Blackdeath Order Of The Kommando Baphomet”.

The rough production to which we are accoustomed from Godz Ov War Production’s releases have proved to be a winning weapon, because it manages to make the viciousness of the chaotic sound that war metal formations like, while keeping what is going on during the tracks distinguishable. Blood Gospels Of Satanic Inquisition is not an album that cares to express personality in the slightest, and this will also be clear to whoever has a vague idea of who Archgoat is; however, we must appreciate Kommando Baphomet‘s commitments in proposing an organic sound that does not fall in the easy cacophony of excessive reverberation and which allows itself to be tempted in part by some choices that add a minimum of stylistic variety.

Blood Gospels Of Satanic Inquisition is a record for those who want to revisit the feral and abject spirit of extreme metal, which will not change anyone’s life but has the advantage of being able to keep us clinging to his blasphemous, rough and blood-soaked sound without expressing any other type of demand. 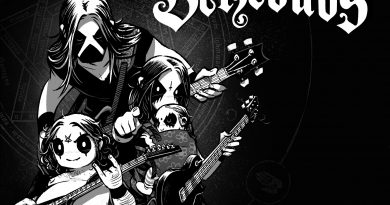 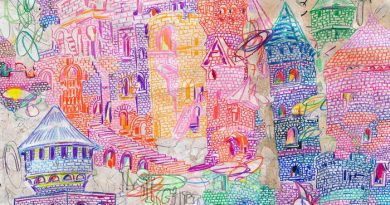