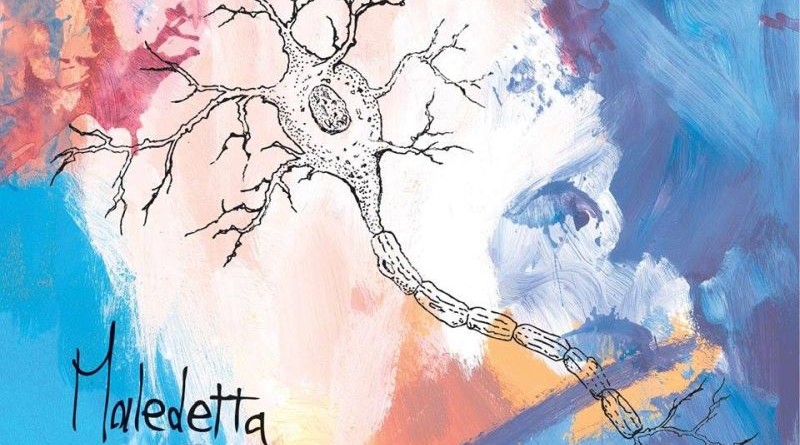 By now, everybody knows that Italy hosts an extremely lively and experimental instrumental rock scene, especially when it comes to noise influences, you might just think of the many Zu, Morkobot, or even OvO in their own way, and many others. Maledetta Dopamina ("damn dopamine") are a trio made up of bass player Lorenzo Novati and the two (yes, two) drummers Luca Novati and Luca Scattaretica, they are releasing their debut studio album at the end of January through Dischi Bervisti, I Dischi Del Minollo, Moquette Records, and Koe Records, on CD (which is the version I am reviewing here, a bit longer than the digital one), vinyl, and so on.

Let's start from the visual aspects (entirely designed by the band members themselves), with spectacular colors used for the cover artwork and an interesting style on the inside as well. I have found particularly unusual their decision to use structures of organic compounds instead of simple numbers for the tracklist on the rear cover, such as adrenaline for the opener "Brotos". The inner artwork also features an excerpt from Vladimir Mayakovsky's "Backbone Flute".

The album is an all-out attack in which the three musicians really give their all, and it also includes a very familiar contribution on the violin in "Toro Sedato" by Nicola Manzan (mastermind of the project Bologna Violenta, that the trio had already performed with in the past). You can easily understand what we are talking about if you listen to the unrelenting "Messa A Terra" or "Fuga", as the trio successfully put their ideas into music. It is quite surprising to see that this result has been attained without the use of guitars, and by moving between several styles without necessarily choosing to simply make some noise. In this respect, we should also consider that Maledetta Dopamina also had several years of experience playing together before recording this album, and it shows.

The final song "Titoli Di Coda" even borders on post-rock, prior to concluding with a ghost track half-jokingly hinting at Italian indie rock of the last decade or so. In conclusion, the self-defined "two drums and one bass" trio from Lombardy seem to have successfully found their place in this very peculiar scene. We at Aristocrazia Webzine are very curious to see what's next for them, and you should mark January 27 on your calendars, as that is when "Maledetta Dopamina" is officially released. 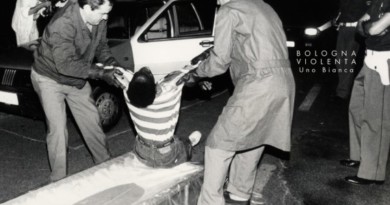