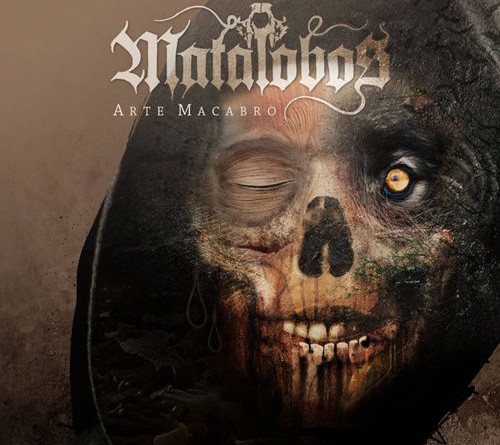 Mexico has already entered the metal world decades ago with lots of bands playing several different styles, so I wasn't too surprised to learn about the existence of Matalobos. Nevertheless, melodic death doom metal isn't necessarily the first subgenre that comes to mind when thinking about Mexican extreme metal bands, so in this sense I was quite curious to know more about them.

Matalobos ("Wolfsbane" in Spanish) are quite a young quintet, founded in 2014 and able to release an EP in a limited number the following year. That was enough to attract the interest of local label Concreto Records, which helped release their debut album "Arte Macabro" in the summer of 2016. The cover artwork conveys a pretty clear idea of the material (and spiritual) decay we will be witnessing in this work, while the band logo stands tall on top.

Let's start by saying that these five musicians must have listened to a lot of Novembers Doom, Daylight Dies, and similar projects. However, they still managed to give a personal twist to this specific subgenre, that has apparently experienced a new wave of interest (as we had seen for example with Marianas Rest). The solid opener "Derelict" perfectly highlights Matalobos' path, with a very effective approach on both harsh and clean vocals by Dante, and the guitar lines successfully weaved by Eduardo and Germán, easily switching between acoustic and distorted territories.

"Arte Macabro" is a very competent album that doesn't try to overdo things, six well-prepared tracks that were coherently put together, not lacking several less melodic passages (as in "Macabre", with its slow-paced and obsessive riff). Generally speaking, as listeners we are kept attentive and curious to hear what is next up Matalobos' sleeve throughout the whole forty-odd minutes of this record. There always is some sort of surprise coming up, just like the change of pace in "Macabre", or the acoustic intro in "Shiver" (just to name a couple).

Last year Matalobos collected very positive feedback around the American continent and beyond, and naturally also here at Aristocrazia Webzine we are curious to know what path will the León, Mexico based quintet tread in the future. 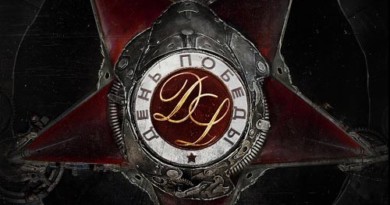 DARK LUNACY – The Day Of Victory