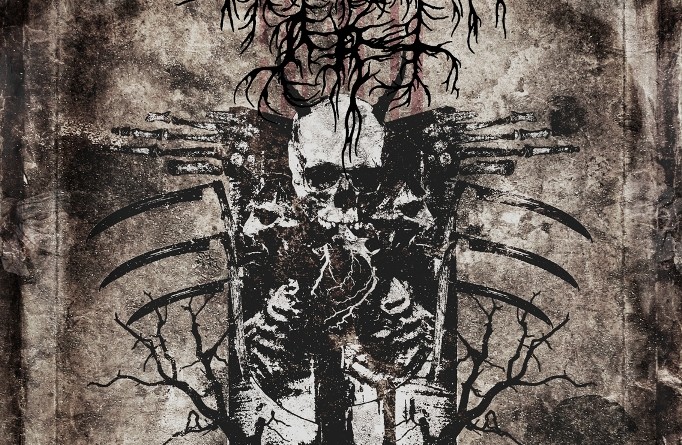 Lately I just feel at home in Russia, having covered many bands coming from the old land of vodka and communism. Misanthropic Art hails from Stavropol' (in the country's Southwest) and is a really productive band with nine albums released over fifteen years of career, not counting demos, splits, EPs and so on. This 2014 work is entitled "The Streams Of Terror" and is made up of two CDs, totaling about eighty minutes of music.

Here black metal is inflected in its more industrial vein: this record is extremely compact and oppressive, solidly grounded on the furious pace dictated by the drums. This feeling is rendered even fiercer by the chaotically controlled production that contributes to creating an anguished atmosphere. When we get to the slower central part in "Technocratic Slavery", it is the bass that sets the tone gloomier, taking advantage of this chance where it's been given more space.

In this magmatic whirlpool there are some guitar melodic lines that struggle to reach the surface and, when they succeed — especially when the rhythm slows down — create majestic atmospheres rich in pathos, highlighted by the use of choruses, as in "The Fall" and "Thousand Scorched Days Of Void" from the first disc "Chains". Diabolicum could be a reference in terms of style, although less apocalyptic and less "solemn" here.

Then we get a series of effects and samples in line with the industrial vibe of this project, a careful dosing of synthetic keyboards and a few sparse acoustic moments. Vocally speaking, the screaming voice explores acid passages, filters, and some "performed" lines reminiscent of Attila Csihar's style.

Only after a few listens we can fully appreciate the richly stratified sound put together by Sadist (supposedly the only mind behind this project), since the production tends to favor the general rush instead of individual details. At the same time, we might still feel like eighty minutes are too long for the listener, despite the overall good composition and the compactness of "The Streams Of Terror", perhaps changing the initial oppressive feeling into a general sense of "lengthiness". In short, if at Aristocrazia we used numbers to rate records, the total length would probably put the overall score down.

Conceptually, the album is split into two parts related with each other: the first one, "Chains", features eight songs sung in Russian, while the second, "Threads", includes four tracks in English. The image we get from the latter is a disturbingly desolate scenery, where decadence won over life.

In conclusion, "The Streams Of Terror" is well-composed industrial black metal album, abundant with interesting ideas, impetuous and suffocating, its only major flaw being the excessive length. 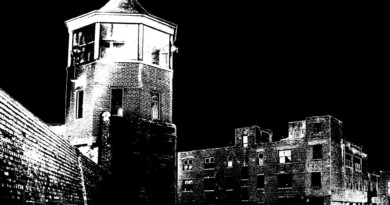 OBITUS – Slaves To The Vast Machine