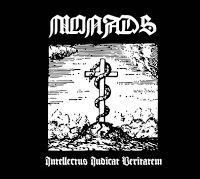 Monads are some sort of supergroup, the members of this act are or have been part of more or less renown bands such as Trancelike Void, Sanctus Nex, Omega Centauri and many more. All these bands, even if quite young, in not so much time released often good works, the album which we are gonna talk about, "Intellectus Iudicat Veritatem", follow this trend detaching itself (yet not entirely) from the Black Metal sound of the mentioned monickers approaching to more doomy territories.

The duration of the five tracks of this work, as in the best traditions of this genre, range from six to thirteen minutes to the amount of almost one hour of music. Monads' Funeral Doom draws inspiration from people like Evoken and especially Mournful Congregation, technically nothing new but still the band often shows its own personality; the opener "The Stars Are Screaming" starts on greysh shades and then gets heavier with Death-like accelerations that lead to a wide part in which the arpeggio playing and the lead guitar sound like a breath of air after the initial tension, it's like a light that even if feeble and pale still can thin out the suffocating fog keeping itself alive in "Broken Gates To Nowhere" too, a track that in its central part reminds to the Post-Rock sound. Generally Monads' music is quite airy, only few times it gets darker and the arpeggio passages give it an almost dreamy ambience, in "The Obsolete Presence" they perfectly interweave with the guitar riffs giving life to high emotional peaks. This album surprises until its end, the last three minutes of "Absent As In The Veins" see a comeback of the Post-Rock influence mentioned above that leads to a purely Black/Death Metal blast.

With riffs that often emanates dreams and hope, a varied rhythm section which rarely gets oppressive and vocals that differ from the typical deep growl, Monads are a very pleasant and soft listening compared to the Funeral Doom standards, fans of Mournful Congregation' "The Monad Of Creation" (maybe the title of this album and the monicker of the Belgian band it's not an accident?) probably will appreciate this work. Keep an eye on them, we'll wait for their next steps. 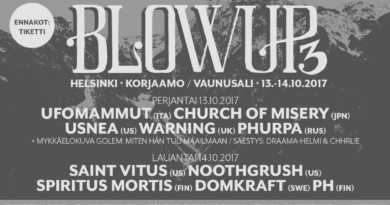 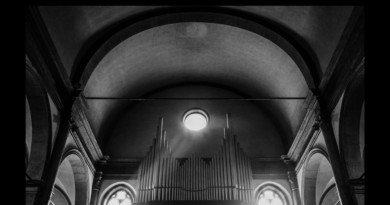