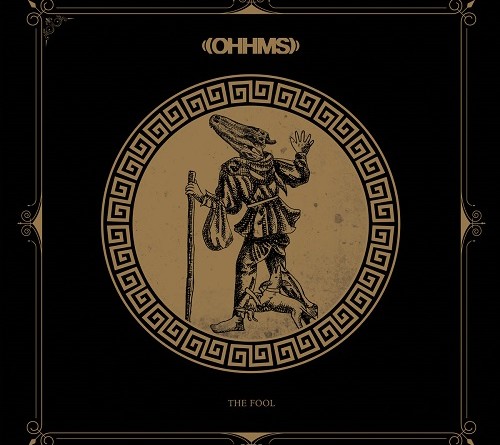 Over the last few months I have come across emerging British projects several times (ranging from hardcore to stoner). I don't know if this is due to some sort of strange planetary alignment, or if some mystical figure from the tarots is mingling with my musical interests: whatever it is, this time I am dealing with a sludge/post-metal quintet carrying an almost unpronounceable name: OHHMS.

Even though this band was formed quite recently (Kent, 2014), they already released two massive EPs through Holy Roar Records in 2014 and 2015, so there was some conspicuous anticipation for their official full-length debut "The Fool", published on March 31 2017. Let's discuss the intriguing cover artwork, a creation by the Italian studio Black Sails Design, that revisits the image of the fool from the tarots: this specific trump card, usually unnumbered, can indicate either the beginning or the end (the band curiously chose to include three tarots in each CD package as well). The fool will be our guide for the following hour starting from the acoustic intro "Shuffle, Cut and Reveal", where we discover the cards of this reading.

The first trump encountered by the fool on this journey is "The Magician", number one in the Major Arcana, connecting heaven and earth and here representing the greed of corporate business. This is musically translated into a sheer sludge swipe opening with perhaps the fastest introduction ever composed by OHHMS. The vocalist Paul Waller screams and leads us to the doomier passage around the middle of the song, highlighted by the guitars and the rhyhthm section, before exploding in the ossessive refrain "Magician!".

The following "The Hanged Man" is some sort of post- odyssey divided into different movements, atmospheric or fierce; this is an exploration of mankind's sacrifice in the complexity of the world. Once again, Waller's voice takes us through destruction, while Daniel Sargent and Marc George's guitars weave heartfelt sonic patterns in the more meditative parts (at times reminiscent of Pelican).

It is then time for the twenty-first tarot card, "The World", the shortest song at about six minutes, and the one chosen for the music video. This is arguably the most canonically metal song on the album, where the wanderer faces the world and its elements. We proceed with "The Lovers", the sixth tarot, opening on instrumental post-rock territories and then evolving in a way extremely different from what we had heard in the previous songs: a very intense dialogue between male and female vocals building up to a brief crescendo. The curtain falls after the humongous "The Hierophant", the symbol of order and of both spiritual and material power: a twenty-minute mystical drone journey closer to what OHHMS had shows in their previous EPs. After about six minutes of inner meditation, heavy riffing and percussions start accompanying the fool on this last reflection.

The Kent-based quintet put together a great debut album, coherent with their EPs but at the same time not limited to that musical approach. "The Fool" is already a quite mature and diverse album in terms of sound: it will remind you of a very wide range of influences, while maintaining its own individual character. The whole tarot-based concept is intriguing as well and was developed consistently, contributing to making the record easy to remember and not generic. OHHMS have already started their promotional tour which will include, among other things, a performance at the amazing ArcTanGent in Bristol together with several high profile names, such as Boris, Russian Circles, and many more. 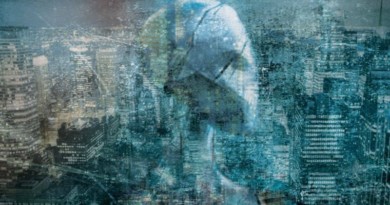