Rage against the Capital, reloaded by Projet KO 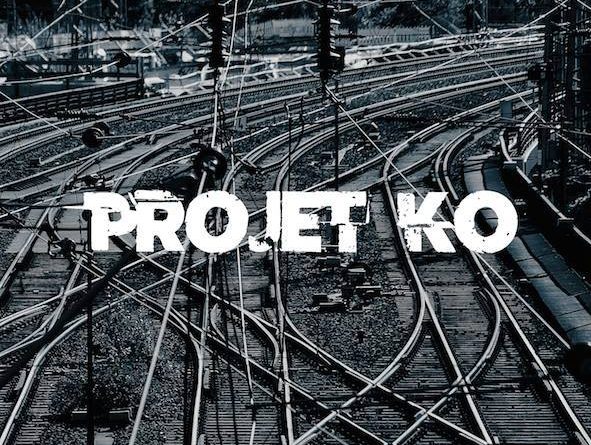 Take a spoonful of Rage Against The Machine, mix it up with equal amounts of French-style anticapitalism and antifascism, you’ll probably get something very close to Projet KO, a crossover band hailing from Grenoble and active in the independent scene around France over the last couple of years. Their first album Projet KO finally saw the light at the end of February 2019, thanks to the hard work by the trio and their cooperation with Dooweet Agency.

If you remember the Italian band Too Left 2 Be Right, which we reviewed on Aristocrazia a couple of years ago, you can get a pretty clear idea of what’s in store for us in Projet KO. Let’s start by saying that my French is practically non-existent, so I cannot guarantee any kind of accuracy in the analysis of their lyrics but, fortunately, apart from the song titles, we can also take advantage of the videos with which Projet KO accompanied some of their most representative tracks. The best example is the video for “L’Oeil Du Cyclone”  which features the famous animation created by Steve Cutts for Moby’s “Are You Lost In The World Like Me?”, and there’s also the anti-Rassemblement National anthem “La France De Demain”, in which vocalist Nicolas Masson’s style is very reminiscent of Zack De La Rocha, and the combination of guitar and effects will take you straight back to the Nineties.

Something curious about Projet KO is that their lineup doesn’t feature a bass guitar, while there is a wide use of effects by guitarist Thomas Chaffardon (in perfect Morello style) and by Masson himself. This record is an attack against all self-proclaimed lovers of order and decency, against indifference, nationalists and conservatives of all kinds, carried out via thick riffing and drums (here played by Gergely Papp).

Projet KO arrived in a very complicated moment in France and beyond, in which radical protest has to extricate itself from the violence of the government’s conservative liberalism and its nationalist fake opponents. The three Grenoble-based musicians thrown their stone on February 22 at the release party, officially entering the eye of che cyclone. 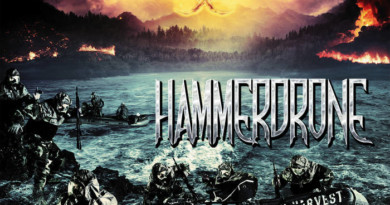