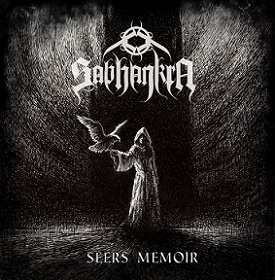 I am not exactly the biggest melodic death metal fan around — especially when it gets too close to the power-oriented forms à la Wintersun — but I have to admit that Sabhankra managed to stir some interest for me, if anything because of their relatively unusual background and a good overall attention to the product.

After a debut released in 2006 via the Turkish label Atlantis Müzik and several independent EPs, they reached the Russian Haarbn Productions for the second studio album. The label had already showed some interest towards some projects hailing from Western Asia or Northern Africa and, at the end of 2014, "Seers Memoir" came to light. Essential design for the cover, all in black and white with the band's logo seemingly watching over a hooded figure accompanied by a hawk.

The instrumental opener "Pyros" thus introduces about one hour of war music, mainly featuring riffs and guitar work reminiscent of what this genre has offered since the '00s. "Against The False Gods" and "Fate Is Already Written" (although the latter feels a tad too long) are among the best songs, a positive performance by Savaş Sungur on vocals if you like this style. Things get slow while closing with "Easing The Pain", that shows a side of this project practically unseen in the rest of the record and that could have probably added more variety to it.

Sabhankra proved they know this musical environment really well, but I couldn't find solid reasons to justify one hour of music, given there was not much diversity on display. Perhaps, working on "compressing" their songs a little bit (some of them really feel too long) — and with more variety in terms of sounds, only hinted at here and there — they might be able to find a good niche for their music. At the moment, I would recommend "Seers Memoir" strictly to fans of this strain of melodic death metal. 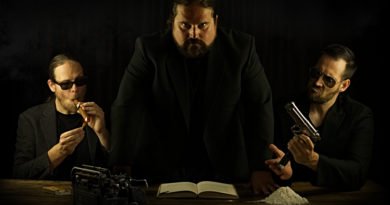