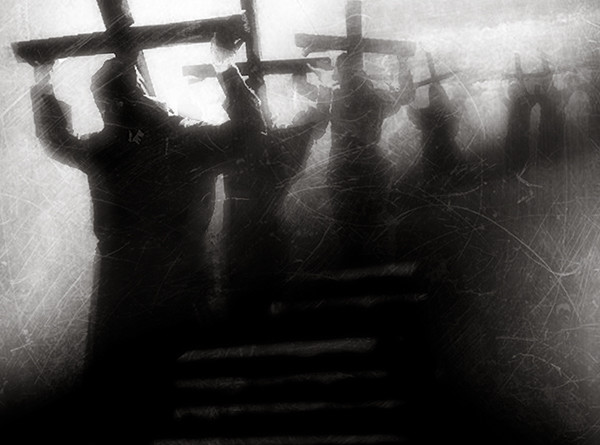 Niklas Kvarforth's much debated creature is back under the spotlight only one year after its latest album, "Redefining Darkness", a work that divided fans as well as critics. This time the snipped Swedish found a different way to get people talking about him and his music: "8 ½…" is a halfway stone in the band's walk, not being a new album nor a mere "best of" compilation. In fact this is a collection of partial re-recordings of songs from the 2001-2004 period (even if the very writing of these songs in some cases dates back to 1996). The re-recording is just partial, though, probably because Niklas was already satisfied with the original version of these tracks and instead of reworking the whole songs, he preferred to add some guitars and bass lines to the original master, as long as synths and keyboards. A partial meaning to this operation can be found in the larg group of renowned guests: five different singers and the keyboards of Lars Fredrik Frøislie, member of Ásmegin, but also and mainly in Angst Skvadron and Beastcraft along with Trondr Nefas (passed by in 2012 and to the memory of whom "Redefining Darkness" was dedicated). Stated all this, you can well understand how "8 ½…" is definitely not the right album to approach the band for the first time.

Coming to the music, the encouraging side of all this is that these six tracks work perfectly, and the ability to give new life to songs which are ten, fifteen years old withouth distorting them is a rare gift indeed. Obviously the sound is not dark and claustrophobic as the one that could make every intransigent blackster satisfied a decade ago, but on the other hand the atmosphere is not as clean and "overworked" as it was in the more recent releases of the band either. This one is a golden mean which could make everybody happy. The main feature of the lot, though, is the presence of six different vocalists.

La Famine (Peste Noire) gets the party started singing, better croaking in French on "Terres Des Anonymes" (originally "Fields Of Faceless" from "Angst…") and adding with French class and finesse a bunch of verses in the vein of "Yeah, La Famine, I come to puke my fucking cheese on your fat, pale Sweden live from Chaise Diable, 2013, at La Mesnie Herlequin" or "I have… I have… I have to fuck your mother". Following the french poet, Attila Csihar goes on stage singing in his native language, Hungarian, on "Szabadulj Meg Önmagadtól" (formerly "Mörda Dig Själv…" again from "Angst…"), and everybody knows how good Attila is when it comes to puking on a microphone. The show goes on with Pehr Larsson (Vinterland) who, being Swedish, doesn't need any particular change in the language to sing "Ett Liv Utan Mening" (from "Livets Ändhållplats"). The combination of his ghostly performance and the music itself make it the darkest and most depressive piece of the whole lot. Following Larsson, and differently from what has been until this moment, Gaahl does not operate any translation in order to sing "Selvdestruktivitetens Emissarie" ("Angst…" partial titletrack) in Norwegian, but does a great singing in Swedish in a song which has been heavily expanded with keyboards. Last but not least is another famous vocalist who delivers another great piece: Maniac, already in Skitliv with Kvarforth himself. The former Mayhem member performs a personal "Black Industrial Misery" (originally an instrumental track on "Through Years Of Oppression" compilation) singing the lyrics of "Svart Industriell Olycka" (one more from "Angst…"), which is nothing but another version of "Black Industrial Misery" itself. Eventually, it is Shining mastermind who kills the lights: Kvarforth sings "Through Corridords Of Oppression", which is likely to be the useless track of the album, since nothing relevant is added here to the original version, released on the split with Dolorian.

On the one hand it is no easy task to understand the real value of "8 ½ – Feberdrömmar I Vaket Tillstånd" ("Fever Dreams While Awake") apart from the commercial one, but on the other hand this record is peculiar and damn good. Wether Kvarforth truly is a mad psycho on heavy drugs or just a showman fond of razorblades, he understands music indeed, and he knows how to set up a good record. 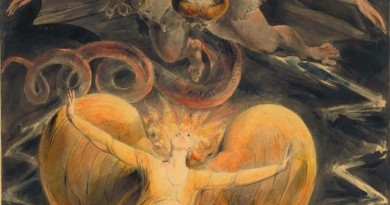