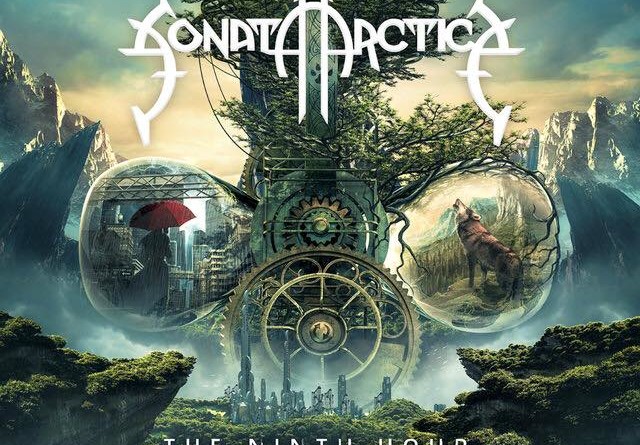 It's not a mystery that the latest publications by Sonata Arctica, ever since "Reckoning Night", have let a bit down their fans, but one simply cannot just say that every single work they're going to release won't be beautiful because of that; in fact, due to the good potential shown within "Pariah's Child", I've tried to listen to their new "The Ninth Hour" trying not to be influenced by anything, so let's make a step back and start from the beginning.

Being a devoted fan of the band, I have to admit that I've been quite afraid when the single "Closer To An Animal" was firstly released, for I feared it'd have been omen of a disappointing and even mediocre album. Well, it wasn't bad at all! I think that it's a quite fair song of theirs — not one of their golden years' hits (alas, those years are dead and gone) but definitely a good track and possibly a good omen for the upcoming album. And so I hoped, with my whole heart.

And yet it was useless. This album, with its overabundant sixty-two minutes of duration, gives to the listener nothing new at all and, moreover, it honestly seems to be a mollified version of "The Days Of Grays", a disc that marked a change (or better, the change) in the sound of the band ("Everything Fades To Grey" vs. "Closer/Closure To An Animal": I can't believe that it is accidental). Even though it's a mature work, it anyway bears within some sort of uncertainty: it seems not that clear to me which path the band means to walk. After "Pariah's Child", the presence of Progressive elements in the arrangements enhanced and here they come massively back, with synths and orchestrations that can't possibly remind me of both "The Days Of Grays" and "Unia", too. Looking at the technique, it's undoubtedly a well written and played work, but still it lacks those old good rushes and explosions: no more Speed Power, guys, heippa hei!

Usually I manage not to be negative with Sonata Arctica, they mean too much to me, but this time a couple of things about this last effort of theirs have to be said. «Life is better alive»… I truly hope not to be the only one who's been let down by such chorus: this is not what I expected from Sonata Arctica, this is not it indeed. And yet this is just the tip of the iceberg. Over the last years, let's say from "Reckoning Night" on, the band got — how to say — attached to having a longer song within its albums, and this would be how we got from "White Pearl, Black Oceans" and "Deathaura" to "Larger Than Life", passing from "Wildfire (Part II: One With The Mountain)" and "Wildfire (Part III: Wildfire Town/Population: 0)". Although those remakes of "Wildfire" have already been a risky and, in my humble opinion, arguable move, the Finnish quintet moved further and bit off more than they could chew with this one, which happens to be one of the main reasons why I think that this album is a flop: "White Pearl, Black Oceans (Part II: By The Grace Of The Ocean)". It was not needed, it was totally unnecessary and, furthermore, "White Pearl, Black Oceans" survived quite well without a part two. Additionally, I seriously think that "The Gratest Show On Earth" somehow influenced this song, especially for that «We are alive» in the end: this "White Pearl, Black Oceans (Part II: By the Grace of the Ocean)" looks more like a (modern) Nightwish's song than a (modern) Sonata Arctica's one — something is rotten in the state of Finl… Ehm, Denmark.

I'm not going to spend more time on commenting the other songs of the tracklist, there'd be no point in doing it. This ninth album from Sonata Arctica is far from the level of both their past, glorious works and its older brother's, "Pariah's Child"; it could be as good as "Stones Grow Her Name", but I'm not even sure of that. If you're a fan of the band as I am and you'd like to have it in your collection, do yourself a favour, wait a couple of days more and make Santa bring it to you as Christmas' gift: you would not buy it on your own, it's not worthwhile. 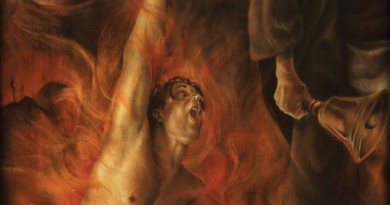