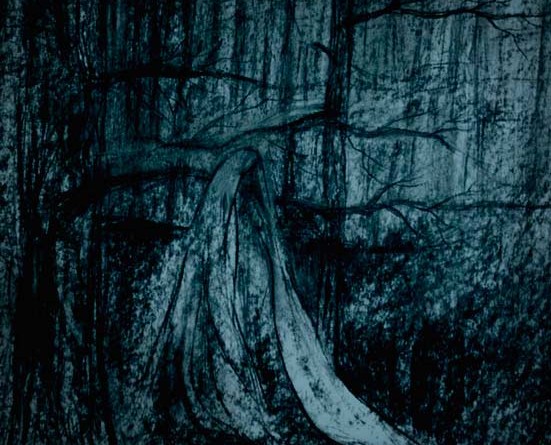 New Zealand has recently started occupying a small space in the metal scene, Ulcerate being of course the best-known name abroad. In this case, though, we are confronted with coordinates very different from those of the afore-mentioned death metal band, entering the "post-black" sound so appreciated by Pest Productions, an emerging Chinese label that is getting more and more international bands signed up on its roster.

Súl Ad Astral started as a solo project of guitarist Stephen Fortune in 2011, his proposal took shape with Michael Rumple's cooperation, contributing on vocals and lyrics. This disc first came out in May 2012, when Fortune and Rumple's style stirred Pest's attention (the label also produces other bands in this style, such as Dopamine), leading to a physical digipak release in March 2013.

The cover (designed by the Chinese artist Zhao Erdong) depicts a mysterious figure, enveloped in an azure cloak on a background crowded with stylized black trees, done in a technique reminiscent of traditional Chinese painting. This image directs our expectations towards that mixture between black metal and ephemeral, dream-like worlds which has become so popular since the appearance of "Souvenirs D'Un Autre Monde".

I must say that the opener "To Cherish" successfully sets the tone and puts a good deal of this album's potential on display: a nine-minute instrumental track which flows through the many influences at play, raising the curtains on a light-bluish world. The concept behind this disc somewhat refers to the inner world that characterized Alcest, portraying the thoughts running one after another in the narrator's mind, up to the question in "The Clenching Void": "Why dive in the mud when you can float with stars?".

In terms of music, we're not too far from what the "blackgaze" scene got us used to in the last few years, although Fortune manages to give it a personal twist every now and then. The diptych "Persona" is some sort of manifesto for the duo’s influences (although perhaps a little disjointed at times), where the vocalist experiments different styles as well: I have to admit that I prefer Rumple when he screams more than when he sings clean, which struck me as quite generic.

In short, the self-titled debut by Súl Ad Astral is an album that fans of this genre might like, but that doesn't seem likely to make people who do not appreciate this sound change their minds. The duo is currently working on their new album "Afterglow" and Aristocrazia, naturally, will follow its course. 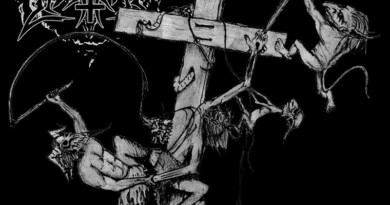 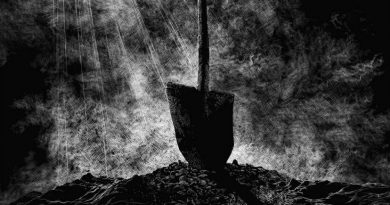