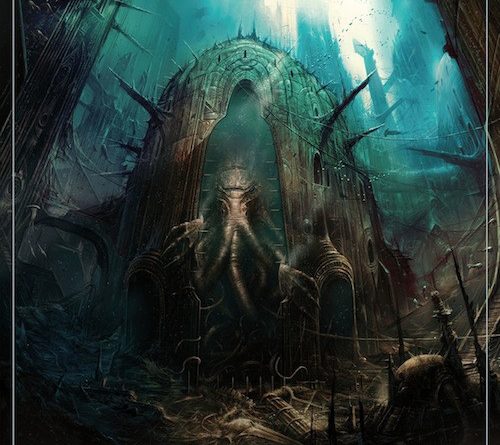 Imagine you are contemplating the vastness of the ocean, when all of a sudden you are grabbed by a mysterious and mighty force, coming from the depths of the sea itself, dragging you underwater, to an abyss from which there seemingly is no return. This is exactly what you may experience when listening to Swallowed By The Ocean’s Tide, the masterpiece that legitimised Sulphur Aeon as one of the most valuable and convincing bands within the contemporary extreme metal scene. By means of a powerful (yet not too bombastic) black-death metal, Sulphur Aeon manage to vividly represent the universe created by H.P. Lovecraft, especially concerning the Cthulhu Mythos.

They usually say you shouldn’t judge a book by its cover, but this is not necessarily true if you consider Swallowed By The Ocean’s Tide: this record appears promising just by taking a glance at the cover art itself, showing a majestic display of Cthulhu emerging from the ruins of R’lyeh, a work by talented artist Ola Larsson. The artwork itself is an introduction to the record, the first track being represented by “Cthulhu Rites”, an obscure and solemn evocation that then proceeds to blend with the following song, the inexorable “Incantation”.

As Swallowed By The Ocean’s Tide goes forward, the general sensation is to be dragged into a dimension ruled by dark forces that grow stronger and stronger, leaving no option but to surrender. Therefore, some songs are definitely heavier and show a more brutal approach (for instance, “The Devil’s Gorge” and “Where Black Ships Sail”), while some definitely sound epic and dense with pathos (such as “Monolithic” and “From The Stars To The Sea”). Despite these differences in terms of atmosphere, though, all tracks are linked by a perfect balance between heavy riffings, profound vocal lines, melody and epicness.

Besides the whole Swallowed By The Ocean’s Tide being well balanced, mature and worthy of being added to the music library of anyone who is a fan of the genre, another juicy detail is the fact that the record is ended by an homage to another source of inspiration for Sulphur Aeon: the last track is a cover of the Zombi theme, originally composed by Fabio Frizzi. The choice of including this piece is a display of the band’s love for horror movies.

In a nutshell, Swallowed By The Ocean’s Tide is almost magnetic: once you start listening, it’s hard to maintain a rational approach without being carried away and being completely fascinated by the solemn and dark images it creates in your mind. 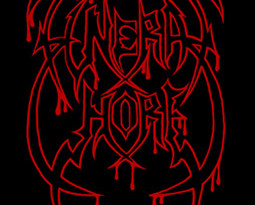