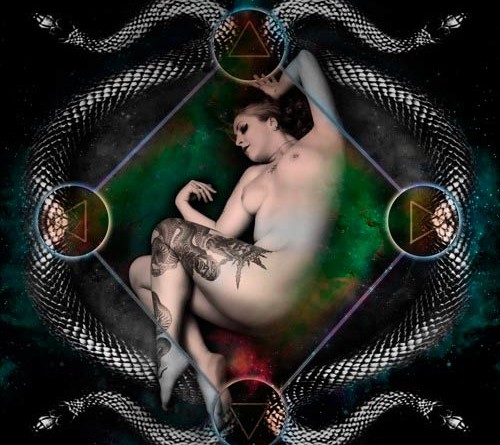 In the large contemporary musical universe, there are a few things that annoy me and they often haven't anything to do with the music per se; however, as much as I try to avoid them, sometimes I just clash myself into them.

Honestly, the debut of Trent Griggs' project isn't a bad album at all. A bit long winded, not always convincing and with different improvable details, but it's still an album above the passing mark. This work earns additional points for the courage to go beyond the default schemes, starting from a dissonant Black Metal base and absorbing elements from Prog, Doom, Sludge, Hardcore, Industrial, Post- and so on. "This Viper Womb" is undoubtedly the result of an anything but superficial job: you can hear it from the cure used to develop the bass parts that often offer a good groove foreign to the starting genre, from Kevin Talley's presence (a name you expert metallers should now better than me) at the drums, from the corrosive vocals due to a combination of a typically Black Metal scream and an hardcore-style yelling, and from the will to try to do something personal.

So far so good, but now we get to the sore spot: Mr. Griggs comes self-defining his creation «Dissident Metal», label chosen due to his refute of preset canons from the various subdivisions in genres and subgenres that — according to him — would cause a stall among the music scene, albeit with some exceptions. The point is that when this comes from someone who ultimately took pieces here and there and put them together in some way — not so unique as much as he say — it seems a bit pretentious and somewhat misleading. Listening to "This Viper Womb" keeping in mind these words seems to almost take away its value, because it doesn't mirror the intents of the artist; certainly, we are talking about an album possessing personality, however not much more than a lot of acts in the music scene and it is very far from the much proclaimed originality. The topic seems much broader and complex than ThrOes' ideas, so I think he suffers of weak ideological foundations.

The other problem — compounded by the context in which it occurs — is that the album is far from perfect. At some point the guitars sound uninteresting, if not trivial; often the bass bridges these gaps, however there are times where the whole thing has not the needed drive. Someone even could be annoyed from the particular attention the vocals got from the production almost at the expense of the other instruments, a particular choice I personally appreciated. Finally, the songs don't always manage to be engaging and some not very intense passages are prolonged without reason and they end up to bore, even more so because the work gets to pass the hour mark, when with less lenghty parts the defects would have been much more limited.

On the other hand, ThrOes shows off good qualities, in particular in the varied rhythms ranging from slowdowns, accelerations and sometimes unconventional time signatures; it is mainly the bass that places itself as the beating heart of the tracks, supporting the undoubted skills of Kevin Talley that adapts effortlessly to every stylistic variations. Acoustic guitars and keyboard inserts are embellishments that make their appearence only in rare occasions, perhaps they deserved more space in a work that — despite the quantity of in game elements — doesn't manag to be always entertaining.

Ultimately, "This Viper Womb" is not a failure, could indeed be appreciated by those who are looking for an artist with his own personality; if then you will be able to strip him from the context it was stuck in, I'm sure you will enjoy its best moments effortlessly. However from my perspective I prefer to be careful and wait future developements, which I hope will do more to clarify what ThrOes really is. 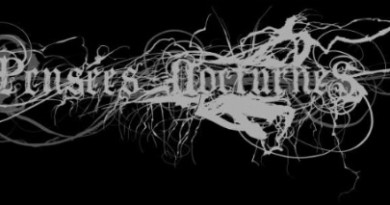