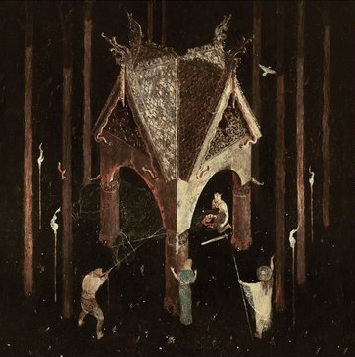 The Wolves have done it again. Three years after the long debated "Celestite", the Weaver brothers (with the stable addition of Kody Keyworth) are back with an album that kept their followers hanging, even their most loyal ones, but which ultimately ended up being anything but a disappointment.

Some could say, with their fair degree of reason, that the controversial 2014 album was a mistake or, to say the least, an experiment ready to be put aside to return to more usual Black Metal landscapes. And that's what happened, but not entirely: as Aaron himself said, "Celestite" was a fundamental step in the development of "Thrice Woven", creatively speaking but not only that. Nevertheless, the band decided to look away from the vastness of the Cascadian forests and towards the Old World, specifically to Norse mythology as evident from the artwork: Týr, god of justice and truth-telling, is depicted here with Fenrir the Wolf in one of the most important events in all the Scandinavian epic tales. The two very special guests, Anna Von Hausswolff and Steve Von Till, blend themselves perfectly in all this as two opposed voices and entities: the former, cold and distant, impersonating the icy ocean water during winter; the latter, instead, deep and extremely close, is the awakening of Nature over a crackling bonfire. «Winter is dying, the sun is returning. Ice is receding, rivers are flowing»: it's the Old Spirits' wisdom, of those who walked the same earth as us in distant times but who still teach us how to live as one with Nature.

The very essence of the band is shown through an extremely balanced work, where the long-awaited extreme sections, absent for six years, are perfectly mixed with the atmospheric ones, whether these be synths or natural sounds recalling the elements of Nature. All of the songs, apart from "Mother Owl, Father Ocean" which serves as a bridge to the last track, bear this duality: from the aggressiveness of "Born From The Serpent's Eye" and "Angrboda" to the solemn rhythms of "The Old Ones Are With Us", all the way to the closing piece "Fires Roar In The Palace Of The Moon", everything sounds majestic and balanced, and the tracks are far from being tedious despite their remarkable length.

The sixth howling of the Wolves, then, is destined to echo for years to come: not only a comeback which few people expected by now, but also one of the best chapters in their entire career. 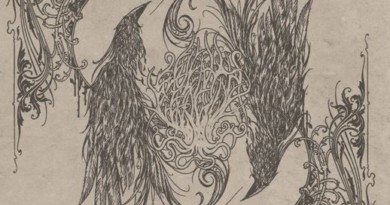