Welcome on Aristocrazia Webzine, how did the presentation of the album go?

Hails! Right now we're promoting "Necromantaeon“ as much as we can and the first reactions to our promo work have already reached us. The release show of the album went just perfect as we had more than 700 people. We're quite satisfied with the feedback until now and we'll just see about what's coming.

You are an important band of the german scene, but since many people don't know you may we have a short presentation of your band?

I've been following you for much time, personally i think that your best albums are "Damage Done By Worms", "Blessed With Flames Of Hate" and "Luciferianism", then your music followed always the same style keeping in mind the vocalist change. Was it so difficult to find a vocalist like Mirko? Did Renè do the vocals because you needed a singer or because he was the one who could better fit the music?

I did the background vocals in my former band Musical Massacre, so I just did the vocals for Purgatory in the beginning. Later I intended to have Sick as a singer for Purgatory since he left his band Dark Decade and because his style gave us the possibility to evolve ourselves musically. After the "Luciferianism“ album Sick left Purgatory for personal and job-related reasons. His position was taken by our longlasting friend Mirko who had played drums in some bands. Is was definitely difficult to find someone who would fit to us when it comes to attitude and who was ready to give 100% for Purgatory. After he proved himself on a few shows where he helped us out, he was ready to quit playing drums and to become a full member of Purgatory. This showed us, that he's a death metal maniac as we are. We're absolutely satisfied with his work as he did a fantastic job on "Cultus Luciferi – The Splendour Of Chaos“ and on "Necromantaeon“. Changing a vocalist is probably always a tough evolution for a band, but we think that we mastered that exchange very well.

An album by Purgatory for me is like having a date with a friend being sure that he will come. How did you keep your passion in these years? How can you make tracks without being corrupted by trends?

Throughout all those years our passion for death metal both as metalfans and as musicians kept the burning fire of Purgatory alive. We have a vision of this music and we have no intention to let any trends influence this. We like our death metal old-school, sinister and blasphemous.

In "Necromanteon" i heard something of Morbid Angel, are you looking to the past? Your sound is similar to the ones of the eastern european scene. Is your way of thinking similar to people like Peter and Vader too?

Back in 1996 and 1997 we were on tour with Vader twice and they sure had an influence on us as a band, especially when it comes to their professional approach to playing live. But we have no idea of how Peter and his comrades think since we've always went along our own road and had our own idea of how we want to sound. That you hear some parallels to Morbid Angel is surely not intended. Such things just happen as you can always draw some similarities. Being compared to Morbid Angel is definitely not the worst comparison, haha.

New album and no covers? I really love the one of Morgoth and Asphyx, why didn't you do one in this work?

It's great to hear, that you like those covers! Especially the cooperation with Marc of Morgoth for his old school masterpiece "Pits Of Utumno“ was a great opportunity and we feel honoured that he was willing to do it. A cover version can be a very interesting story but we just didn't think of any cover version of a death metal classic during the songwriting process for "Necromantaeon“ and we don't want to force such things. It's likely that we'll do such things again in the future if a song offers itself to us.

The album has great hits, especially two: "Glorification Of The Lightbearer" and "Scourging Blasphemies". How did you refine your songwriting? Did your listenings change in these years? I feel an insane melodic aspect (non the ultracatchy one of course).

Throughout the years we basically didn't change the songwriting process at all. We've always written our songs together in our rehearsal room during long jam-sessions. Usually one of us has an idea or a riff and we're working on this idea until everyone is satisfied with the result. This way of working is just the best and most effective for us. This procedure has become more intense as we've evolved step by step from record to record. Your feeling about "Glorification Of The Lightbearer“ fits to the feedback we've already got to that song. We also think that this song lives from its dynamic changes of fast blastbeat attacks to melodic parts.

How was the collaboration with War Anthem born?

War Anthem already offered us a deal before the release of "Cultus Luciferi – The Splendour Of Chaos“, although we decided to stay with Animate Records for this release. Then War Anthem grew a lot in the past years and when Animate Records began to leave the path of a typical label and to focus on releasing licensed vinylversions, we realised that having War Anthem as main label would offer us the possibility to evolve a step further as a band. But we are still working together with Animate Recordings. The guys are responsible for the vinylversion of "Necromantaeon“ since they're doing a damn fine job on that field.

Germany is a great nation for metal, if you had to choose five bands of the old school side and five of the new generation who would you choose? And why?

Germany is definitely a nation whose bands had a lot of influence on the international metal scene. The most famous and internationally most influential bands are of course Sodom, Destruction and Kreator. But the German scene had a lot more to offer on the Thrash and Death sector like Poison, Morgoth, Violent Force, Darkness, Protector and a lot more. Bands of the newer generation that worship the metal spirit and that are definitely worth to be mentioned are Necros Christos, Hatespawn, Fleshcrawl, Postmortem and a very young band: Nebukadnezar and there are several others of course. All in all, the German scene grew a lot in quality in the last years!

Which are your best memories of your first formations? The first contacts with metal? And the first album you bought?

In our early days it was very hard for us to get any metal recordings and merchandise since the GDR officials banned almost everything. We got the most stuff through tape trading. Therefore we experienced the metal scene here as very intense. I personally was lucky to get in touch with this scene very early. The first bands I listened to were Scorpions, Kiss and Black Sabbath. My early memories of playing in a band are marked by a lot of beer, haha. Although this way of making music didn't have the typical character of a serious band, as we just played our instruments without a real background. And it was difficult to get any equipment as well by the way. But all in all, I wouldn't want to miss those times!

Is there something of the 80s that now is lost and you'd like to have now too? Both in the musical and the social aspects.

We have a lot of cool memories of those times but nothing else. And you have to remember that our style of living was marked by a political system that we surely don't want to have back! We like to remember the early days but we aren't nostalgic in any way. We live in the present and the future is what we have in our minds.

Many people are pushing bands to release in digital formats, mp3s plus the artwork (i think it sucks, it's just a sequence of 010101), anyway the metal and generally extreme music world is the one who buy more albums. Are you destined to a future made of data? Can we stop this massacre?

You are surely right there that this evolution just sucks! And yes, it is the extreme music world that still cherishes the value of a real product and this is at least something one can feel glad about. It is in no way our intention to release our music in digital-only formats. As we are vinyl freaks, we have always released our albums as CD and as LP and we will do so in the future. We don't know how this scene will evolve, we only know that we want a non-virtual product with a real cover!

We see Purgatory as a fuckin´ live band. Live shows have always played a huge role for us and we always give 100% on stage! Every gig is a special thing on it's own and we've experienced a lot of cool things like our trips to Malta, the tours with Amon Amarth and Vader or those special shows when we had the opportunity to invite Martin van Drunen or Wannes Gubbels onto the stage. There is no show that we want to forget because you especially learn and evolve from negative experiences.

How are you promoting "Necromanteon"? Are there any dates or an european tour?

We're definitely eager to play as many gigs in- and outside of Germany as we can. There are already a lot of single- and festivalshows booked like the German Metalfest in Dessau and the Barroselas Metal Fest in Portugal and some smaller festivals. Furthermore, we try to realise a European tour. We wait and see what opportunities will knock on our door!

If you're playing the music we play, living from death metal is hardly possible if your band's name is not Cannibal Corpse. Everyone of us is bound to a job and similar personal duties and we have no illusions about that. Nevertheless, Purgatory is not just a "hobby“ for us. This band has become a huge part of our lives and its value for us lies far from financial illusions.

Who are the members of Purgatory out of the music world? How is your everyday life?

Our lifestyle as musicians in this scene is probably not like the usual "model citizen's“ style of living, but as we've just mentioned, we have to earn our bread like everyone else. We spend as much time for Purgatory as we can, which means that we rehearse several times per week and that almost every weekend and every vacation means potential gigs.

We've been in Italy twice with our brothers of Nefas and Mindsnare and it was a fucking great experience! So if we can make it real, we're definitely eager to visit your country again! 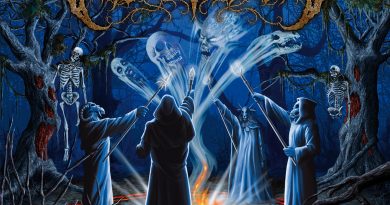 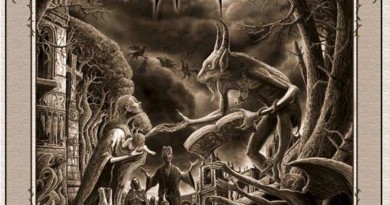 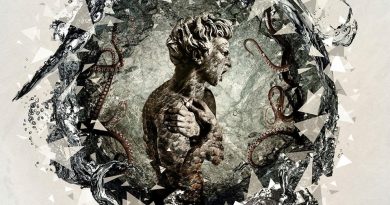